Tamarack Has Spring In His Step For Mile 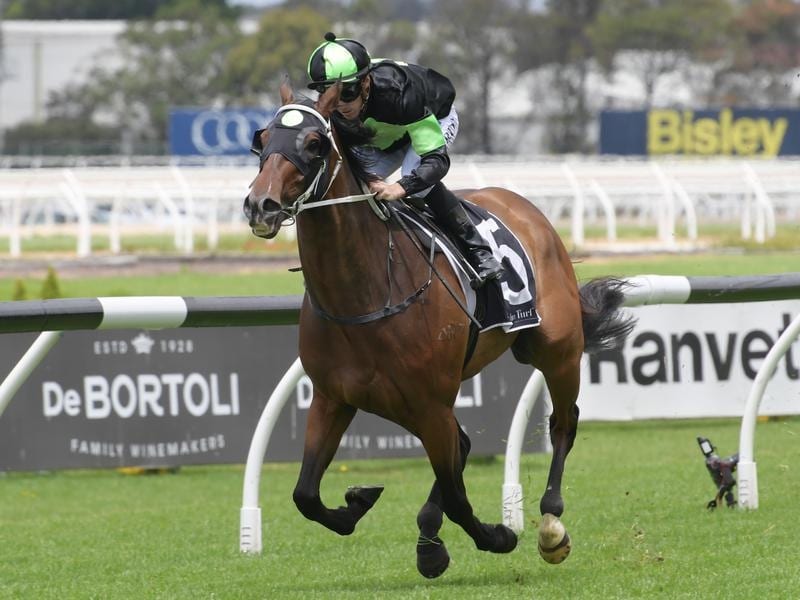 A brace of wins over staying distances led Joe Pride down the garden path with Tamarack but he has done an about-face on his assessment of the horse this campaign.

The six-year-old was earmarked as a stayer after posting two 2400-metre wins last spring but when he failed in three subsequent attempts at the distance, Price was forced into a rethink.

On closer inspection of Tamarack’s form, Pride adjusted his opinion and his training methods.

“I think those wins at 2400 may have put us in the wrong direction with him,” Pride said.

“One of them was in a very small four-horse field at Rosehill one day, a low pressure race, and the other was just a mid-weeker.

“I think his best distance is somewhere between a mile and 2000 metres and I have trained him to have a bit more speed in his legs this preparation.

“I think that’s really working for him.”

Tamarack will take his place as one of the outsiders in the $1 million The Gong (1600m) at Kembla Grange on Saturday but his form lines are sound.

He made ground when fifth behind Grey Worm and Gong fancy Luvaluva first-up over 1400 metres at Randwick and was runner-up to Cellarman in the Listed Ladies Day Cup (1600m) at Hawkesbury last start.

That effort prompted connections to give Tamarack a shot at Saturday’s feature race.

“We were going to run in the benchmark 88 at a mile and then when he ran so well at Hawkesbury and got a decent penalty from the handicapper, we thought that would probably get him into The Gong,” Pride said.

“And why not run in a million dollar race? Who knows what can happen?”

Kylease will fly the flag for Pride in the Pages Event Hire Handicap (1200m) after two below-par performances in September.

Pride has a good opinion of the mare and was perplexed by her unplaced runs, putting it down to the after-effects of a virus he had believed was out of her system.

She has been freshened up for Saturday’s race and won a recent barrier trial and Pride is keen to see how she performs.

“We won’t know until we put pressure on on Saturday but I feel we’re on the right track with her,” Pride said.

“Those two runs were pretty forgettable.

“She is a better mare than that, I’m convinced of it.”

Geldings He’s Imposing and Tahsin round out Pride’s Kembla team.