Weighty test for Eduardo in Galaxy 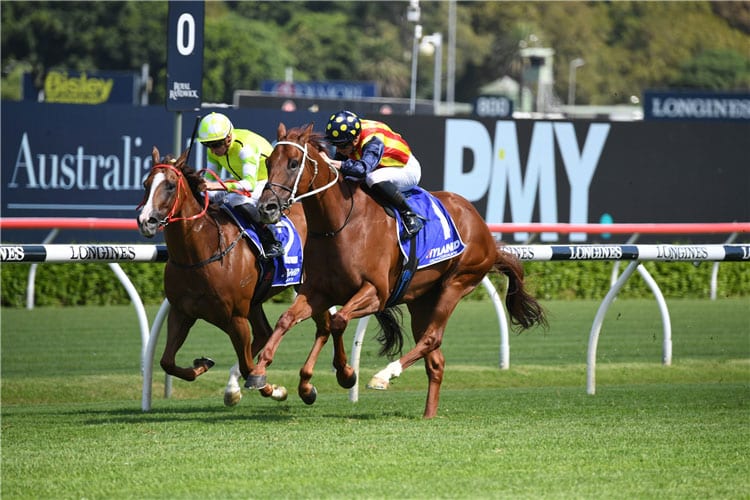 When Eduardo made a winning debut for the stable in a winter benchmark race eight months ago, Joe Pride’s thoughts immediately drifted towards The Galaxy as an ideal long-range target.

That goal will come to fruition at Rosehill on Saturday, only not in the way Pride imagined.

“I picked it out after he won the July race,” Pride said.

“I was thinking at that point he’d get in with a light weight but what he’s done from then to now has him at the top of the weights.”

Eduardo has 58kg, an impost no horse has succeeded in carrying since Mr Tiz scored with 58.5kg in 1991.

Pride sees it as a reflection on the quality of the race, as well as Eduardo’s superior formlines, which include a last-start decision over top sprinter Nature Strip in the Challenge Stakes in track record time.

He has also taken heart from the recent Newmarket Stakes win by Zoutori, who carried top weight of 57kg.

“It is a fair impost but, a little bit like the Newmarket this year, while it looks a good race on paper it’s probably not a vintage Galaxy and in the Newmarket the top weight won,” Pride said.

“The concern with the big weight, for me, is more that it’s on a wet track when we see so many lightly-weighted horses win.

“But his class is going to carry him a long way.”

Pride will also start Easy Eddie, who was third in the corresponding race two years ago and backs up from a solid second in the Maurice McCarten Stakes last week.