Eduardo in the zone ahead of Group 1 clash 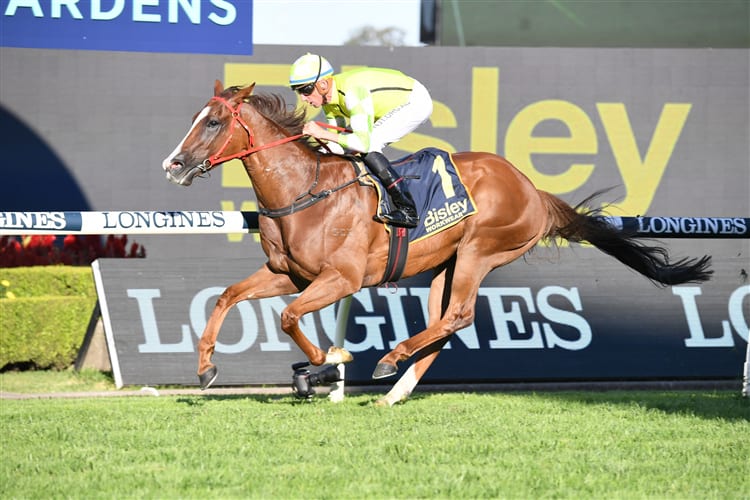 Eduardo already has a points decision over Nature Strip this campaign, getting the better of him in a stirring Challenge Stakes duel in course record time.

Pride reckons his in-form sprinter can again get the upper-hand in Saturday’s Group 1 assignment, believing Nature Strip is vulnerable if he is challenged in front.

“He has only got one way he can win Nature Strip. He is a very good horse and I’ve got a lot of respect for him but he is very one-dimensional,” Pride said.

“He is a bit of a bully and if you take that away from him, he is very beatable.”

Pride might be happy to contribute some theatre ahead of the T J Smith clash, but he has a serious horse in Eduardo.

The rejuvenated seven-year-old has gone to a new level this autumn, backing up his Challenge Stakes win with a dominant display under top weight of 57kg in the Galaxy.

Getting a Group 1 win was Eduardo’s main autumn goal but such is his mood and condition, Pride believes he can add to the tally at Randwick.

“When I brought him back in, I thought his best chance to win a Group One would be the Galaxy and that has worked out for us,” Pride said.

“There is still some petrol left in the tank and the way he is going, he looks like he would be competitive in anything I put him in at the moment. He is in a great frame of mind.

“He’s got a good opinion of himself and a bit of attitude and I like to see that in a horse.”