Tamarack Tuned Up For Summer Cup 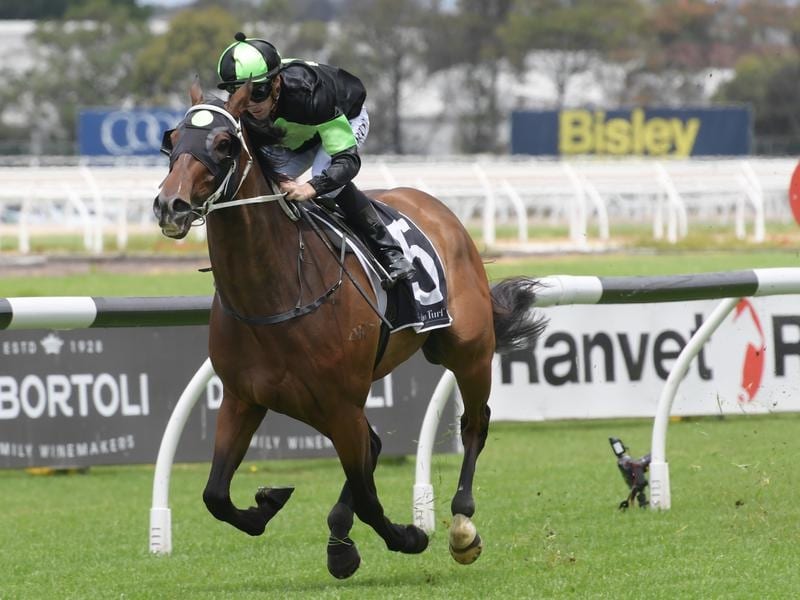 Trainer Joe Pride has given Tamarack an extra few days after a trip to Brisbane to prepare for the Summer Cup.

Tamarack ran third over 1800m at Eagle Farm on December 14 and had been entered at Randwick on a seven-day back-up.

He was scratched on Saturday and will instead take his place in the Listed Summer Cup (2000m) on Thursday.

Tamarack has had a mixed preparation, following a nose second to Cellarman in the Ladies Day Cup at Hawkesbury with an inglorious last in the $1 million The Gong on November 23.

He has since run third in the ATC Cup and third in Brisbane.

“His recent runs have been good except for The Gong,” Pride said.

“His Gong run was a shocker when we went back on him.”

“Going back on him just sends him the wrong signal. He is a lazy horse and when he goes back and has all the chasing to do I think he just looks up and says, ‘no, that’s too hard’.

“If I had the Gong run all over again I would have given him a kick out of the gates because that day ended up dynamite on the fence near the front and we were out the back in a different postcode.”

Tamarack was on the pace at Eagle Farm when he wore blinkers, something Pride believes helps keep his mind on the job at hand.

There are 15 entries for the summer Cup headed by Alward, winner of the ATC Cup from his Chris Waller-trained stablemate Black On Gold who is also nominated for Thursday.

Pride also has He’s Imposing and Zem Factor in separate benchmark races over 2400 and 100 metres respectively.

Like Tamarack, He’s Imposing is by lesser known stallion Redwood who stands at Westbury Stud in New Zealand.