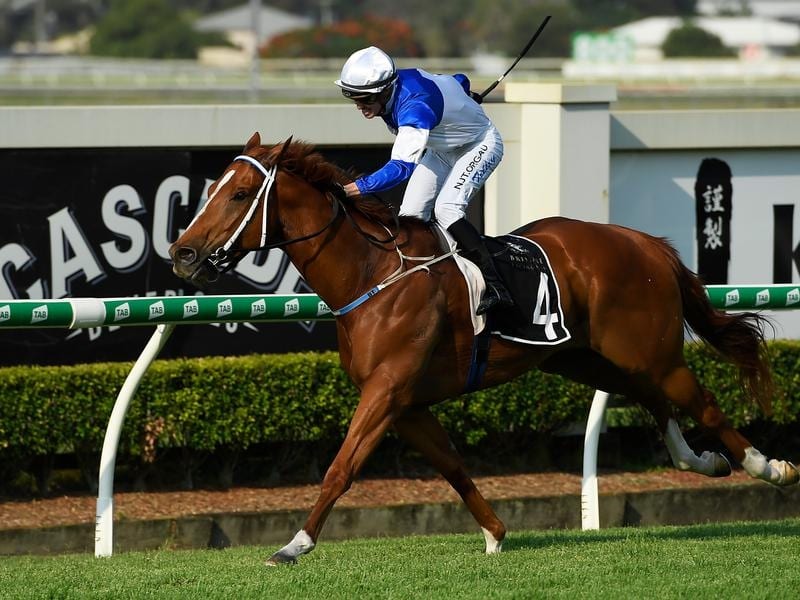 The restrictions imposed during the coronavirus pandemic have led to Kelly Schweida training smart sprinter Spurcraft for the Listed Chief De Beers Handicap (1000m) at the Sunshine Coast.

In response to the pandemic, Racing Queensland cut the state into regions with trainers and jockeys unable to move between them.

Spurcraft’s trainer Charlotte White is based in Toowoomba and was therefore restricted to the southwest metro zone.

However, the gelding’s regular rider Les Tilley was restricted to the north metro zone.

Spurcraft has had two solid runs at the Gold Coast for other jockeys under the restrictions in the past month.

It was decided to reunite Tilley and Spurcraft with the decision made to send the gelding to a north zone trainer in Schweida.

“It is a roundabout story. The way I understand it they wanted Les to ride Supercraft and the way to do it was send him to a trainer in this area,” Schweida said.

“Of course since then RQ has eased the restrictions and Spurcraft could have stayed with Charlotte.

“But they have decided to leave him with me for this run at least.”

Tilley will have the ride in the Chief De Beers and Schweida said the gelding should have a good chance on Friday.