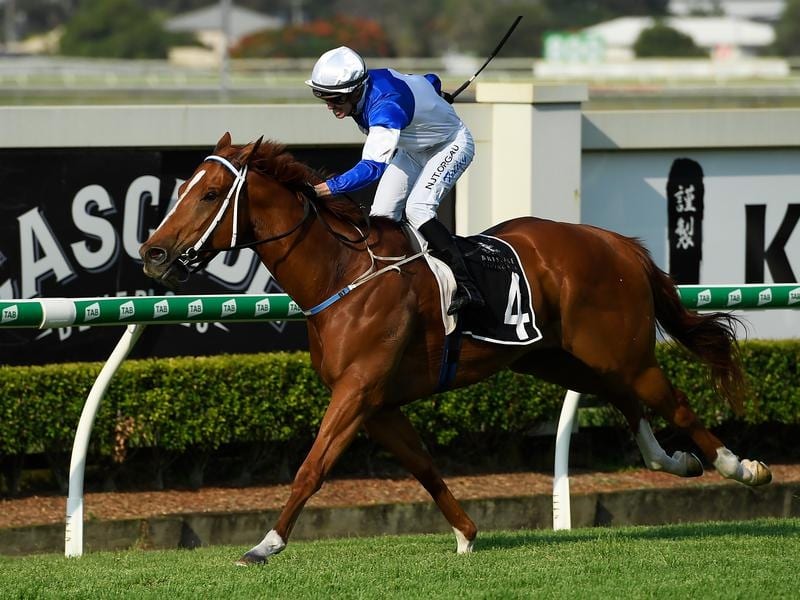 Spurcraft returns to his favourite track and distance in the Open Hcp (1110m) at Doomben on Saturday.

He has won three and been second once in four starts at Doomben and is unbeaten in two runs over 1110m.

It will be his first start for Schweida and his first since running third at the Gold Coast on April 24.

The gelding was due to debut for Schweida in the Listed Hinkler Quality at Doomben on May 30 but was scratched at the barriers.

“The horse beside him kicked the stalls and it unsettled Spurcraft who put a tooth through his lip,” Schweida said.

“It was a bit unusual but he has recovered well and he is ready to run.”

Schweida gave Spurcraft a trial at Doomben on May 19 and he easily accounted for Jami Lady who has since won first up at Eagle Farm.

“I have also put a crossover nose band on him for the first time,” Schweida said.

Spurcraft has been trained for all of his races starts by Charlotte White in Toowoomba before the owners transferred the gelding to Schweida’s Eagle Farm base.

Les Tilley who has guided Spurcraft to eight of his nine wins will again be aboard on Saturday.