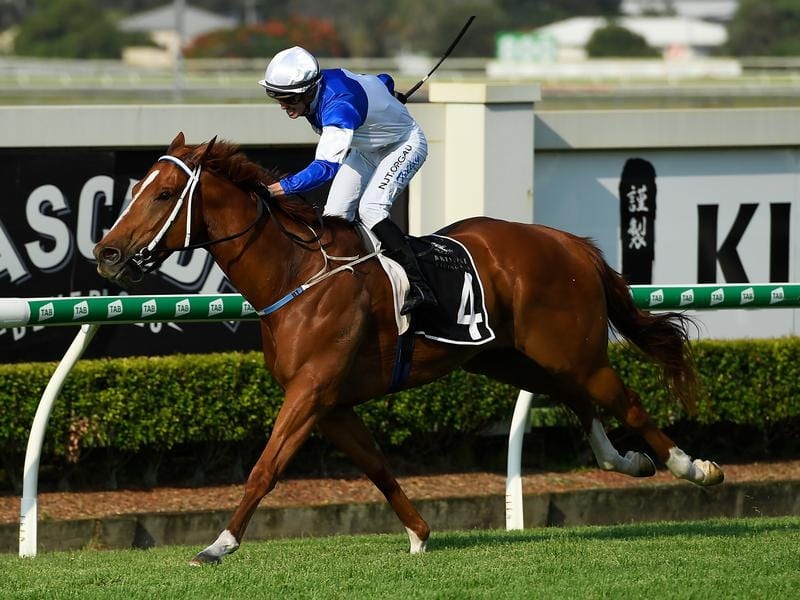 Speedy Spurcraft’s new laid-back attitude to life is expected to help him win at 1200 metres for the first time in the Listed Falvelon Quality at Eagle Farm.

Spurcraft had his first run since a throat operation earlier this year when he won the Listed Bribie Handicap (1100m) at Doomben two weeks ago.

The gelding has won nine of his 14 starts but was beaten at his only attempt at 1200m at the Gold Coast about two years ago.

Spurcraft had a tie-back operation in May and has returned a different horse in his attitude.

Trainer Charlotte White has been doing a lot of work to get Spurcraft to relax in his races and she believes with his new attitude he can run a strong 1200m on Saturday.

“He has had several jump-outs and a run now where he has been calm,” White said.

“The Falvelon carries a wild card to the Magic Millions Snippets (January 11) and I would love him to get in the race for his owners.”

Spurcraft is the result of a free service to the stallion Jet Spur,

The Rogers family, Noel and Sue Rogers and their son Andrew and his wife Ebony, race Spurcraft who was born at the family property at Pittsworth, near Toowoomba.

They had earlier bred a full brother to Spurcraft who died shortly after birth and Glenlogan Park Stud gave them a free return service to Jet Spur.

The result was Spurcraft who has not only been a boost for his owners but also White and jockey Les Tilley.

The pair got their first stakes win with Spurcraft in the Bribie Handicap and they have combined with three starters this month and all have won.