Talented apprentice back in the winning groove 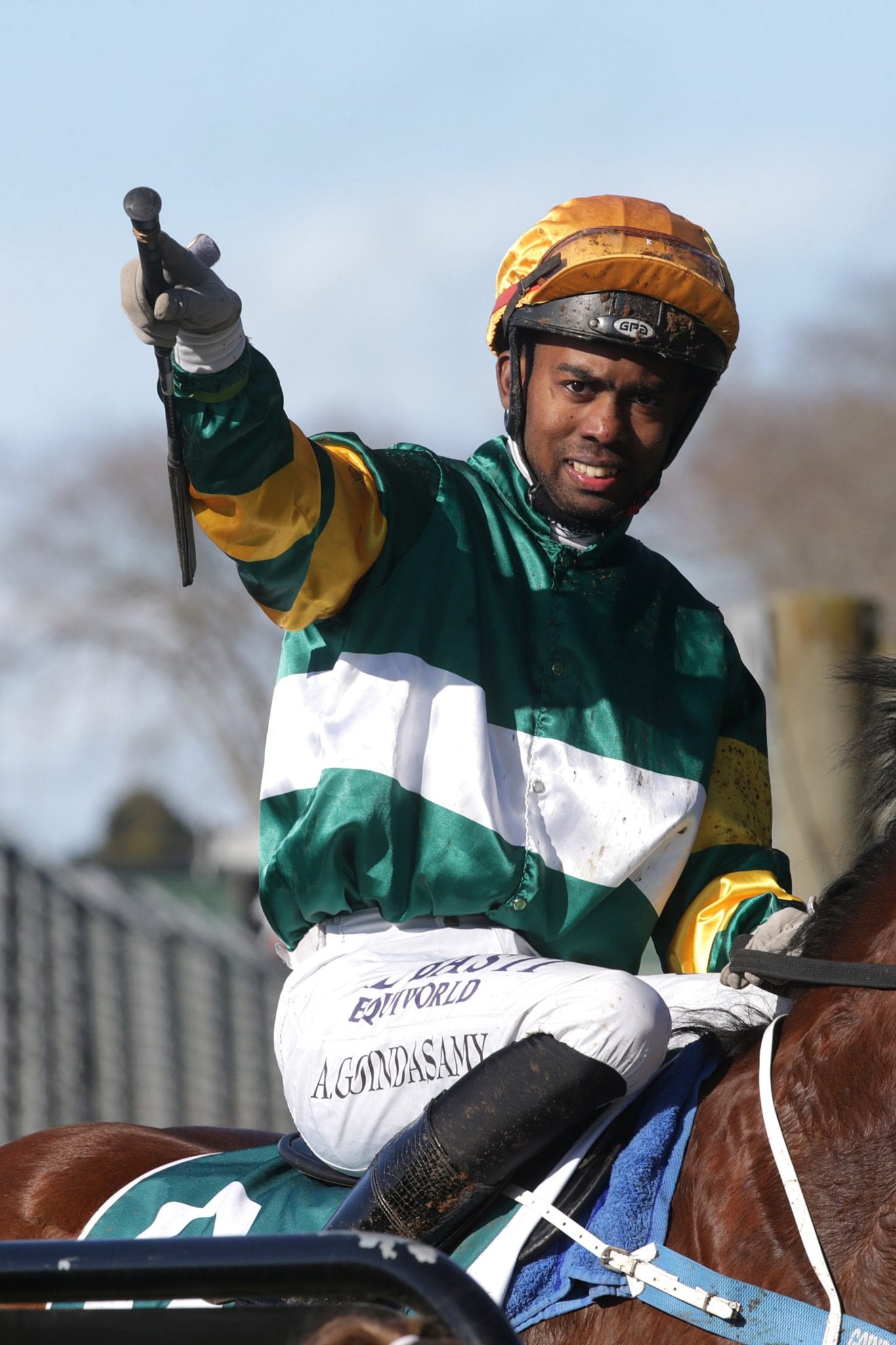 The beaming smile on the face of Cambridge apprentice Ashvin Goindasamy said it all as he made his way back to the Pukekohe birdcage after taking out the opening event on Saturday aboard outsider Keep It Real. The Mauritius-born rider had been struggling to keep his excitement in check as he counted down the days to the first racemeeting in New Zealand since the Covid-19 lockdown was instituted in March.

“I was really hungry to get a win on Saturday as I was so excited to get back to race riding,” Goindasamy said. “On Monday I knew we only had a week to go so I started counting down the days. “I was playing around with my whip at home and when I was driving to the races, I was just so keen to get to the track.

“In the mounting yard before the first race my horse was jig-jogging around on her toes and I was thinking she was just as excited to be back as I was. “She wasn’t really expected to win but her trainer told me she had gone well at a jump-out so it gave me some confidence. “At the 350m I didn’t think she was going to get there but she really flew home in the last bit to get up on the line.”

The cancellation of racing during the lockdown period came at the wrong time for Goindasamy who had only been back in the saddle for a few weeks after recovering from injuries he sustained following a horrific fall at Te Rapa in mid-November. The natural lightweight was slowly getting back into the winning groove when racing was halted and spent most of his time during the break working on his fitness to ensure he was in tip-top shape when racing got the green light to return.

“After my fall at Te Rapa I had two months away and I had only been back about four weeks when lockdown started,” he said. “I was really sore after the fall and when I came back to riding, I had to have a brace on my thumb. “Lockdown gave me the chance to strengthen my hand and I don’t need the brace now. “I worked really hard on my fitness, ate well and I’m lucky I don’t have any weight problems. “My goal now is to try and finish as the leading apprentice in the North Island before the end of the season.”

Goindasamy has ridden thirty-one winners this season and sits 17th on the national jockey’s premiership ladder, just eight wins behind Matamata-based Sam Weatherley who is currently the leading North Island-based apprentice. “Now I’m back to full fitness I’ve set myself some goals for next season,” Goindasamy said. “I’ve ridden 54 winners so far and I want to get to 100 by the end of the year. I also want to win the leading apprentice title next season which would see me lose my claim with still a year to go in my apprenticeship.

“I haven’t ridden a stakes winner yet so that is also a goal so I will be trying to get a ride on a promising two or three-year-old to try and make that happen. “If I can keep improving it will help me get further opportunities and I might be able to go to Australia to ride for a few months which is something I want to do.”