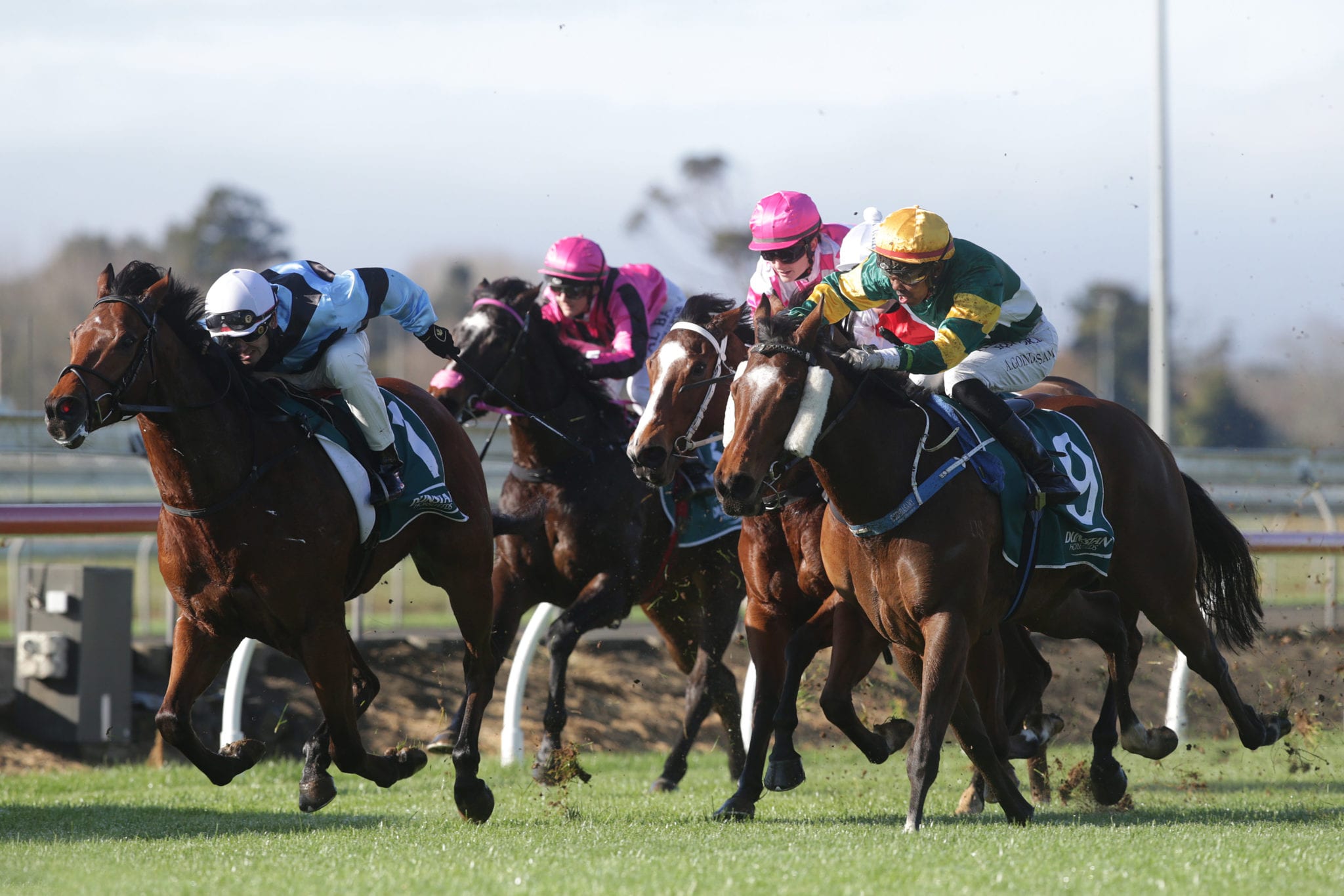 Thoroughbred racing returned in New Zealand on Saturday following a COVID-19 induced hiatus of 84 days with an 11-race programme at Pukekohe Park. While punters were no doubt itching to get involved, few would have been smiling after race one, the Dunstan Return To Racing (800m), with four-year-old mare Keep It Real landing a last-stride victory at odds of $44.80 to deny the favourite Divine Dive by the barest of margins.

Prepared locally by Pukekohe trainers Matthew Rogers and sons Matthew and Michael, Keep It Real was well-ridden by apprentice Ashvin Goindasamy, coming from worse than midfield. “I actually thought she had a good chance,” Michael Rogers said. “She had a jump-out here at Pukekohe a couple of weeks ago and she stumbled out of the gates but she ran on quite nicely.

“She had done a bit of work and had always shown a little bit of speed and just got run down through weakness. “She has always jumped well and sat handy and been run down in the last 100m. Over the shorter distance there is more speed on, so she was able to get back a bit and run on. The 800m suits her too.”

Rogers indicated the mare would be back at the races within the next month to take advantage of some of the shortened distances, with an 880m race at Ellerslie on July 11 or another 800m race at Pukekohe on July 25 possible targets.

Rogers was full of praise for the ride of Mauritian jockey Goindasamy. “The owner was quite keen to have him on and we were keen to claim because she is not a big mare,” Rogers said. A daughter of Keeper, Keep It Real is raced by Sharon Harris-Scoble and is out of the four-win mare Lakeland Queen. “Sharon raced the mother and they had a bit of success with her,” Rogers said. “Sharon has always said that she didn’t come any good until she got older as well.”

Rogers said there was a buoyant atmosphere at Pukekohe as racing made a welcome return, albeit on a Heavy11 surface. “There are quite a few people here and it’s good to see some smiling faces and everyone is happy and keen to be back,” he said.

The Rogers are currently working between 15 and 17 horses with a number of youngsters coming through and are expected to have a few runners over the remainder of the current season. “We will have a few runners and horses like Antigua, who was balloted today, will go around and The Dom should be back at Ellerslie and another horse called Anatow if I can get him fit enough,” Rogers said.