Take Search For A Song over Stradivarius in Long Distance Cup 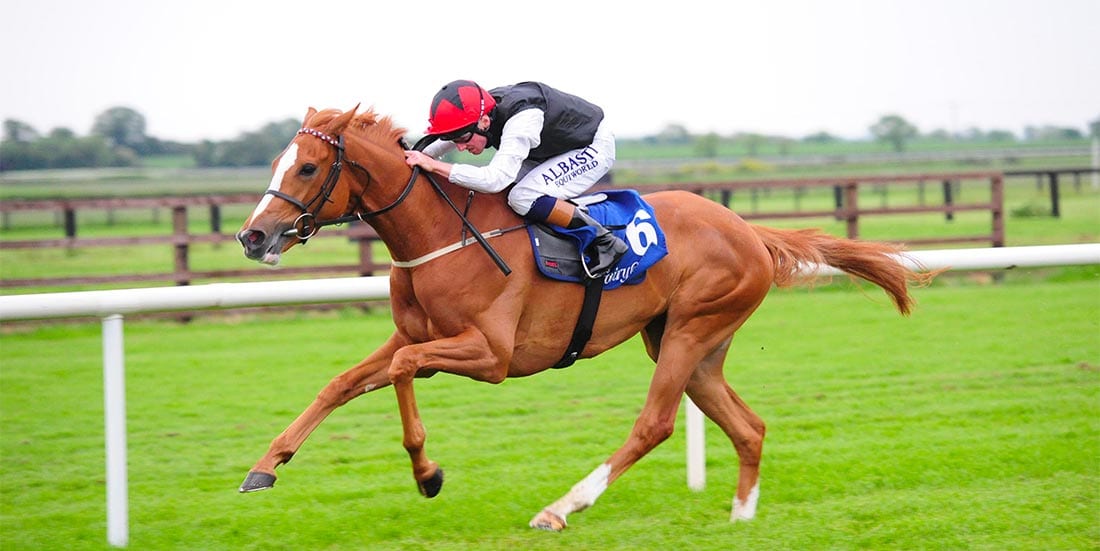 An Irish-trained runner won the Long Distance Cup on British Champions Day at Ascot last season, and Search For A Song can do the same in this year’s race on Saturday. The best price for that result is +500 with online bookmakers.

Stradivarius is clearly the best horse in the race on Official Ratings. The champion stayer has a few pounds in hand over the rest of the field. As a horse aged six, Stradivarius does not get any allowances. Three-year-olds receive 8lbs, and there is a 3lbs allowance for fillies and mares. Search For A Song is an older filly so carries 3lbs less than Stradivarius.

That advantage could be the difference between winning and losing. Kew Gardens only led in the last strides of the race last year. Stradivarius did not run to his best on the good-to-soft ground and looks vulnerable on heavier turf at Ascot this time.

Kew Gardens and Search For A Song have similar profiles. The former won the English St Leger over one mile and six-and-a-half furlongs in 2018. They met in the Irish version the following season over 14 furlongs at the Curragh, where Search For A Song crossed two-and-a-quarter lengths ahead of second-placed Kew Gardens while receiving 10lbs.

Therefore, on collateral form with Kew Gardens, Stradivarius should beat Search For A Song by several lengths. However, Search For A Song has physically matured from three to four and has been progressive and consistent in four races this season. Stradivarius is a worthy favourite, but he looks short priced at -125 with UK racing bookmakers.

Search For A Song produced a career-best run in defeat in a Group 1 race at the Curragh over 10 furlongs in June. Finishing third behind Magical and four-and-a-quarter lengths adrift off level weights was outstanding form. That race was more about speed than stamina, and Search For A Song excels over longer distances. The Long Distance Cup is run over almost two miles.

However, Stradivarius has been the best staying horse in training in the UK and Ireland over the last three seasons. The win record of 16 from 25 starts includes 11 races over two miles and longer. Stradivarius has contested three Group races over one mile and four furlongs this season, and he’s been beaten on each occasion.

The John Gosden-trained horse was beaten by the very soft ground at Longchamp in the Arc after running a decent trial. There is no disgrace in finishing behind Ghaiyyath in the Eclipse Stakes at Sandown in July.  However, Stradivarius has run to a lower rating than his previous start in his last three runs.

It could be that Stradivarius is a horse in decline while Search For A Song at two years younger still has room for improvement. The handy allowance levels the playing field, and Stradivarius could have peaked in the Ascot Gold Cup in June. The relative odds are not justified on recent evidence.

The average Official Rating of the winner over the last 10 years is 116. Search For A Song runs off that mark, so she has the class and form to prevail. Stradivarius has produced a higher figure, but his form in his last two races has been at a lower level. Age could be catching up with the champion.

Search For A Song was still running strongly at the end of the Irish St Leger in her two winning years. The extra two furlongs of the Long Distance Cup should not be an issue. With Stradivarius possibly past his best and odds-on, Search for A Song is preferred.