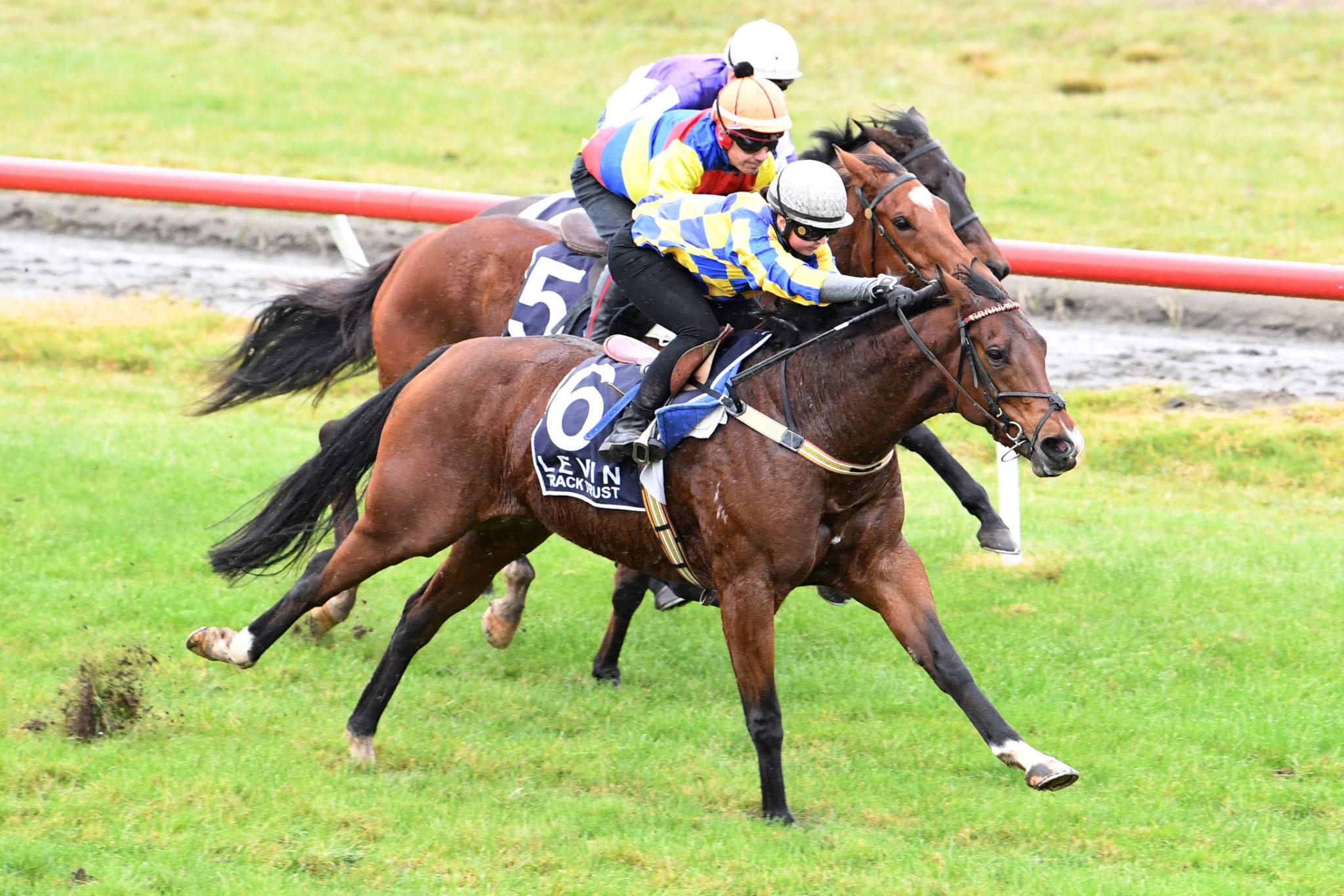 Promising rider Temyia Taiaroa is proud to be the third-generation of her family to become a jockey. The Central Districts apprentice has been riding since before she can remember and she is pleased to be following her dream career and her forebearers footsteps. “My Granddad, Arnold Taiaroa, he was a jockey, as well as my Dad (Evan), he is riding amateurs at the moment,” Taiaroa said. “I have been riding ponies since I could walk. Mum and Dad started off in Levin and I mucked out boxes when I was younger and I have just kept going. I just want to follow in my Granddad and Dad’s footsteps.”

While she has always enjoyed riding and being around horses, it was a horse called Fred that got Taiaroa hooked on a career in the irons. “I started riding trackwork at about 12 and that was on a trotting track on an old horse called Fred, for Jack Scott,” she said. “Back then I thought they were pulling, but now looking back on it I just wasn’t strong enough.”

Taiaroa is into her third season of riding, and like most you New Zealand jockeys, aspires to ride in Group 1 features across the Tasman. “I would definitely like to ride some Group 1 winners and to ride in a Melbourne Cup (Group 1, 3200m) one day,” she said.

While Taiaroa dreams of one day riding at Flemington on the first Tuesday in November, she was content to be back riding at the trials at Foxton on Thursday, despite the wet conditions. It was a successful day at the office for the 18-year-old hoop, who kicked home three heat winners, including two for employer Kevin Gray. “It’s definitely good to be back at the trials. It was a good comeback and I had a good blowout,” she said. “It was very wet, coming to the last heat it was nearly a Heavy11 I reckon. “Floral Belt went very well, I was happy with her, Satin Belt was very good as well and had a good blow, and Leighs Mate finished off very strong.”

With Gray having his own private training property, Taiaroa said she was one of the lucky few jockeys who were able to maintain their fitness and continue riding over the COVID-19 enforced lockdown period. “We were kept busy at Mr Gray’s, we were still working a few horses,” she said. “I was still able to keep my fitness up. It was a good break away from home, just being out here riding. “The ground staff were awesome, having them around was great.”

Taiaroa has been pleased with the way her riding has progressed this term and she is hoping to add to her 15 win tally in the last month of the remaining season. “I’m very happy with the way things were going with 15 wins,” she said. “Hopefully this winter will be very good.”

Taiaroa highlighted Credit Manager’s win over 1400m at Trentham on Wellington Cup day as a clear highlight, and she is looking forward to being reunited with the four-year-old gelding this coming season. “Winning on a premier day at Trentham on Credit Manager was great,” she said. “I am looking forward to getting back on him, but he is still out unfortunately. “But I am also looking forward to riding a few others of Mr Gray’s, the likes of Floral Belt, Whatsup, and Satin Belt. “Also a few for Suzy Gordon, she has got a couple of good ones going to the jump-outs next week that I will be riding.”