Allpress heads to Melbourne to retain ride on Kiwi mare 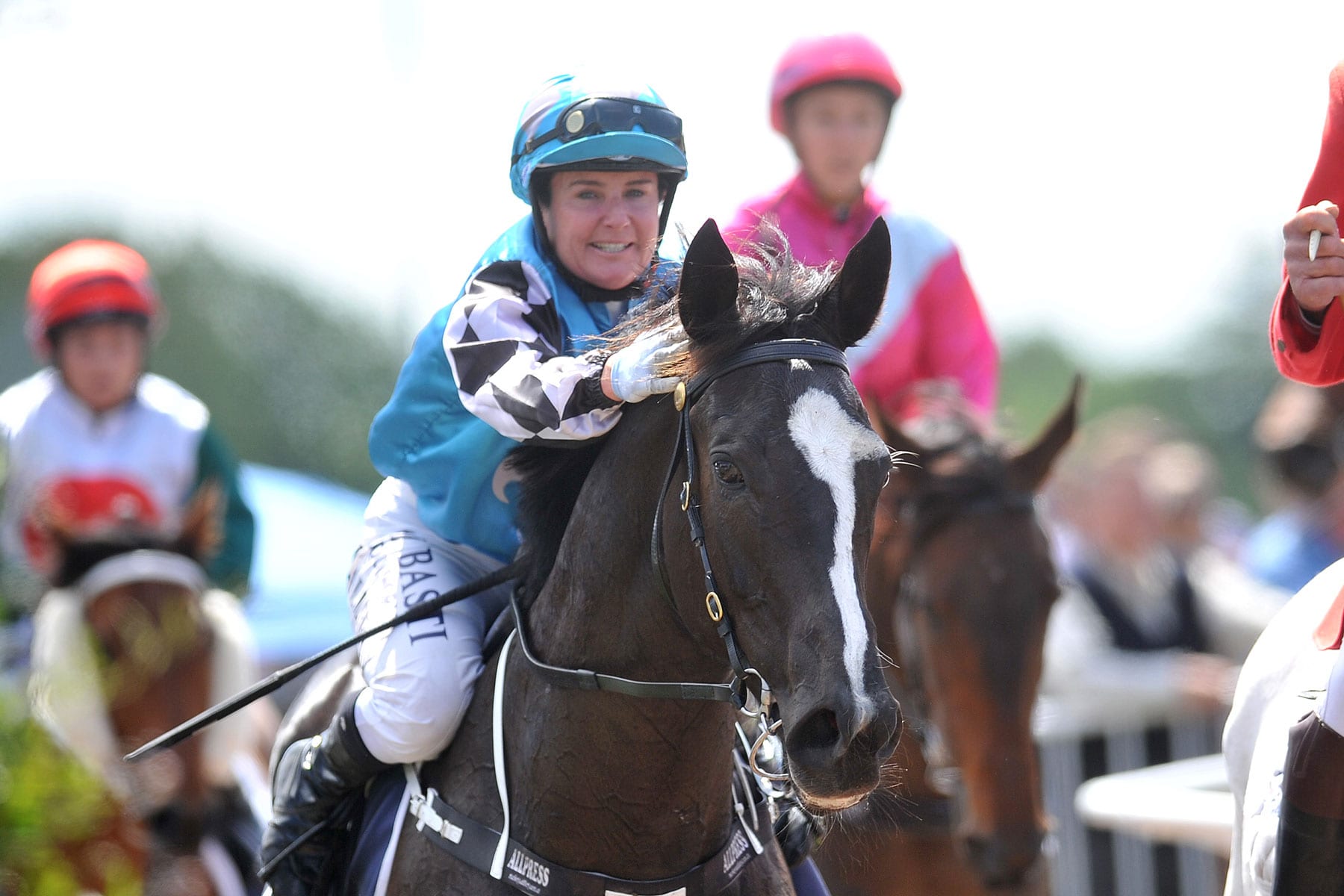 Four-time New Zealand champion jockey Lisa Allpress will reunite with Aimee’s Jewel in Melbourne on May 1.

Allpress was the Proisir four-year-old mare’s regular rider in New Zealand, guiding her to three wins from her seven starts under the care of Stratford trainer Trudy Keegan.

The highlight was her win in the Group 3 Canterbury Breeders’ Stakes (1600m) at Riccarton last November.

Now with Kyneton trainer Charles Cassar, Aimee’s Jewel has won two jumpouts in preparation for her Australian debut over 1300m at Sandown, her most recent at Kyneton on Monday.

“I’m really excited to go over and ride her,” Allpress said.

“She’s a mare that has shown plenty of promise and she was able to pick up that Group Three race at Riccarton. It will be great to carry on my association with her in Australia and I’m looking forward to the change in scenery.”

The last time Allpress rode in Australia, she finished seventh on Mirkola Lass in the Group 2 Brisbane Cup (2400m) at Eagle Farm in 2009 but she has had much international success since, winning races in Japan, Singapore and Malaysia and last year becoming the first woman to ride a winner in Saudi Arabia.

“I’ve kept in touch with Aimee’s Jewel’s owner Troy Pannell all the way through and he was always keen to keep up my association with her,” Allpress said.

“I’d told him I was keen to come over and ride her but not unless there was a bubble open and I didn’t have to quarantine on the way home.

“When the trans-Tasman bubble opened up and her race was going to fit in, he was straight on the phone to offer me the ride. I’m really looking forward to getting over there and riding her again.”

Before that, Allpress will chase domestic stakes success in New Zealand this weekend, riding the Nigel Tiley-trained Le Castile in the Group 2 Manco Easter Handicap (1600m) and the Stephen Marsh-trained All Black Bourbon in the Group 2 Trelawney Stud Championship Stakes (2100m) at Ellerslie on Saturday and the Kevin Gray-trained Credit Manager in Sunday’s Listed Anzac Mile (1600m) at Awapuni.