Keegan on the ride of her life 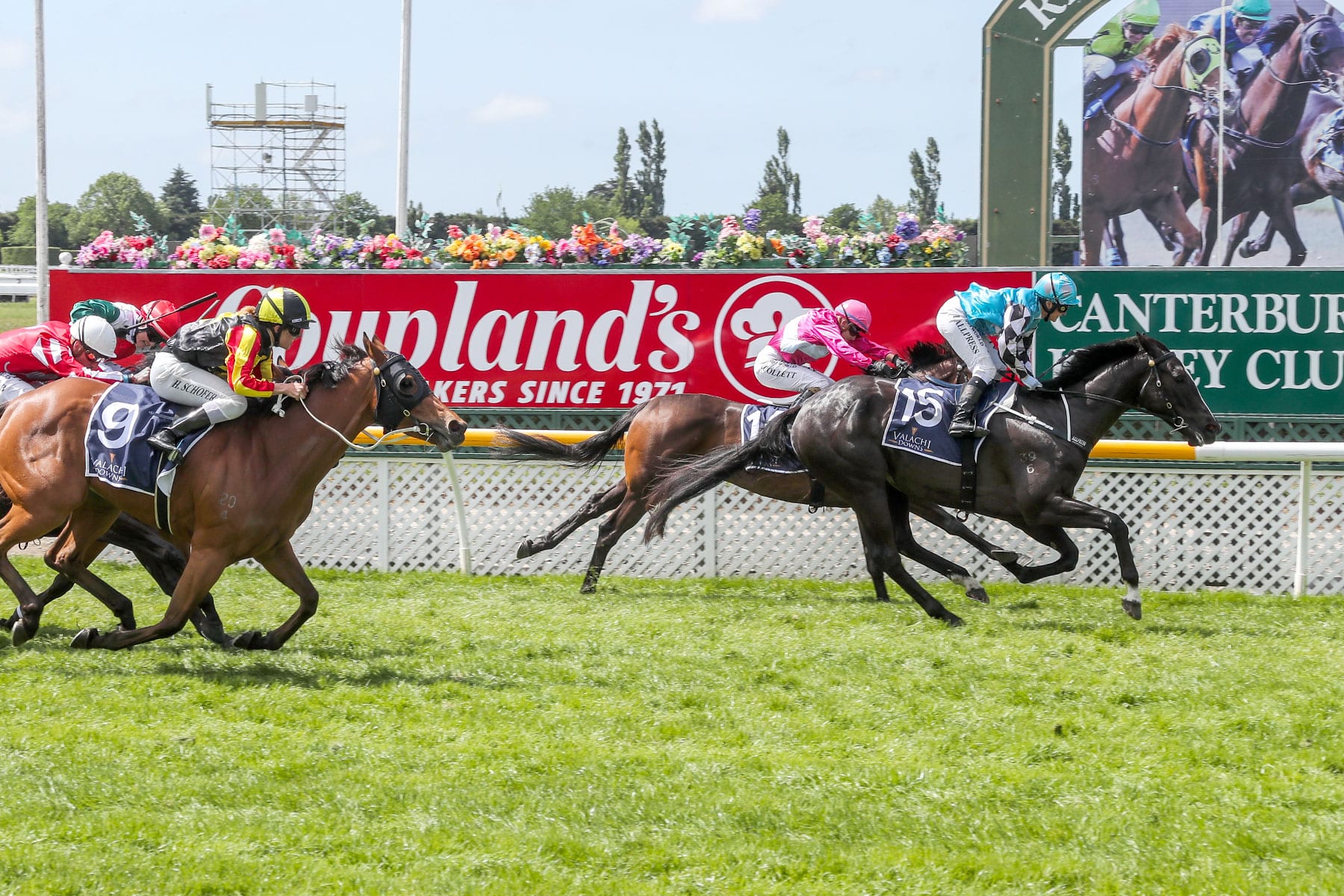 Trudy Keegan is still on cloud nine after taking out the Group 3 Valachi Downs Canterbury Breeders’ Stakes (1400m) at Riccarton with Aimee’s Jewel last month. It was the first time the Stratford trainer had campaigned in the South Island and she said she couldn’t have hoped for a better experience.

“Riccarton was our first time racing on southern soil and to go down there for the first time and win a Group 3 was pretty massive,” Keegan said. “It was like being on a big adventure because we took our own truck and getting down there was 18 hours of travel. To get the win on top was pretty magic. We are still watching the replay and are still very excited about it. It was a huge thrill.”

Part-owned by Australian Troy Pannell, Aimee’s Jewel’s is likely to head across the ditch at some point and Keegan is hoping the borders open in the new year so she can campaign her exciting mare herself. “I would love to have the opportunity to continue campaigning her in Australia, but it is just a little bit tricky,” she said. “We are hoping that things open up and that can happen in the new year. When she goes to Australia, we would love to keep Lisa Allpress (jockey) on her as well. We would like to keep the same team ideally.”

While an Australian campaign is in the offing, Keegan is looking forward to Saturday where Aimee’s Jewel will have her first crack at Group 1 glory in the Rydges Wellington Captain Cook Stakes (1600m) at Trentham. The daughter of Proisir heads into the race in good form, having won three of her five career starts, and Keegan is confident that the rain-affected track (rated Heavy11 on Tuesday morning) and mile distance are ideal for the four-year-old.

“We are super happy with her,” Keegan said. “She has come through the Riccarton trip well, she has thrived on it. “She is a very special horse who is still on the improve. She is still six months away from probably being at her best physically and she is still learning. “I see the track is a Heavy11 today. She won her first two starts on heavy tracks, so that shouldn’t be too much of a bother for her. “It will be her first time stepping up to the mile, which we think will suit her.”

Keegan said she will wait to see how her charge comes through Saturday’s race before making any concrete plans, but there are three options. “We will just see how she comes through the run and then figure out what we do with her next from there, whether we look for another race here, give her a spell, or go to Australia,” Keegan said. “It has always been the plan with Troy’s horses, to get them up and going here, and if they were good enough get them over there (Australia) in time. “She is looking like she has got a good career ahead of her.”

Keegan is thanking her lucky stars she decided to head to New Zealand Bloodstock’s Yearling Sales at Karaka a few years ago where a chance encounter with Pannell subsequently led to Aimee’s Jewel coming into her care. “We met Troy at the Karaka sales and he purchased a young horse off us by Jimmy Choux,” Keegan said. “He said he would send him to us to break-in and get up and going. We started with the one horse and then he emailed me not long after that saying he had a Proisir filly that he wanted to send us, and that was Aimee’s Jewel.

“He has got three other horses with us now and she is the first we have had for him to the races, so we have had a pretty good start. “We have got a really good relationship. We have only met once, at the sales, so it is going to be great when we can freely fly backwards and forwards.”

With Aimee’s Jewel still maturing, Keegan said they have a lot to look forward to over the next few years. “She has been slow maturing, that is why she didn’t have her first start until she was a four-year-old,” she said. “We were pretty confident going into her first start that she would win that. That was just four months ago, so it’s amazing how much she has changed physically since that first win. She has just strengthened up and packed on so much muscle and has grown into her frame.

“Her confidence is turning into an arrogance now, she struts around the stable like Queen Bee. “She has still got a bit of ringcraft to develop. Who knows how far she is going to go, but at the moment she has been pretty exciting.”