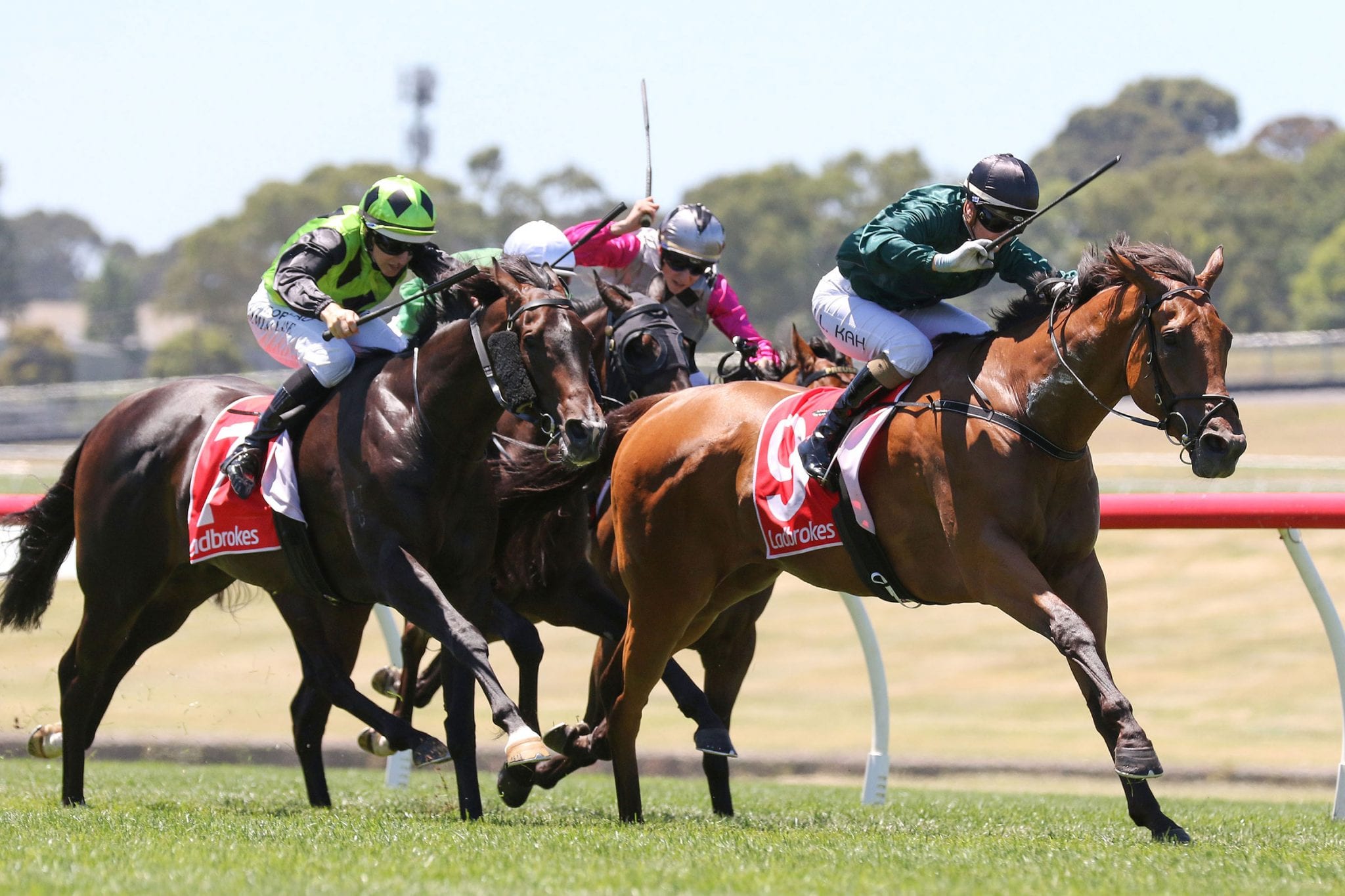 Hours of analysis of New Zealand race replays have reaped rewards for Bluegrass Bloodstock director Leonard Russo, with Second Slip the latest addition to a long list of successes. An Alamosa gelding who won two of his 12 starts from the stable of Kevin Gray, Second Slip is unbeaten in two appearances since Russo recruited him for Australian trainer Will Clarken.

The most recent of those wins came in metropolitan Melbourne last Saturday, where Second Slip scored stylishly in a $125,000 Benchmark 78 race over 1300m at Sandown. Second Slip is the third horse purchased by Russo on Clarken’s behalf, with all of that trio now city winners.

Savatag and Handsome Return both comfortably eclipsed their purchase prices with multiple victories across the Tasman, and Second Slip has now done the same. “It was a strong win by Second Slip on Saturday, which was very good to see,” Russo said. “He’s really come on since he was purchased, and Will is pretty happy.

“He won his first start at Murray Bridge quite nicely. It’s a bit harder heading to Melbourne after that, but we were hoping he’d continue to progress. He was able to win again the other day, and he still did a few things wrong as well, so there should be even more ahead of him.

“This is the second son of Alamosa we’ve purchased for Will. Savatag did a really good job for the stable as well, winning five races. “Alamosa wouldn’t be the most commercial of stallions, but I’ve had a bit of luck with him and other New Zealand sires of a similar ilk. Another one was Castledale – we bred Moss ‘n’ Dale with Wayne Larsen, and he was a very nice horse for us (nine wins, A$930,000 in stakes).

“Things have worked out really nicely with these New Zealand horses we’ve sourced for Will. We’re three from three. “Savatag was the first, he won first-up in Australia and then won in the city. Handsome Return, by Handsome Ransom, did the same thing. He was a metro winner too, but he also won a couple of country cups and his owners have had a huge amount of fun with him.

“We’ve recently purchased another Kiwi horse for Will, and we’re just in the process of finalising that at the moment. Hopefully we can keep the ball rolling and add to that winning record.”

Russo’s appreciation of New Zealand horses dates back more than two decades, to when he worked at Cambridge Stud earlier in his career. “I spent some time working in New Zealand more than 20 years ago now, and I’ve always maintained close contact and come over regularly since then,” he said. “I’ve always loved New Zealand thoroughbreds – their toughness and their durability. “Once they’ve matured and learned their craft at home, as long as their ratings aren’t too high, they can come across the Tasman and slip right into the next tier.

“They’re just such tough horses. They keep performing and have a real longevity about them. “They’re a bit different from the European and Japanese horses, who can definitely be high-class racehorses, but you can’t be sure about their ability to acclimatise in Australia. “With the Kiwi horses, it’s pretty much the same environment. They don’t really have that much that they need to adapt to. Some of them may not really appreciate the firm tracks, but you’ve just got to be wary of that and place their races accordingly.”

In recent years, Russo has made a habit of scouring New Zealand race replays for suitable talent to recruit for Australian owners. One of the highlights came very early in the form of Count Da Vinci. A son of Faltaat who raced in New Zealand under the name Faaltline, the tough gelding racked up nine wins and more than A$400,000, headed by black-type victories in the Group 3 Hobart Cup (2400m) and Listed Tasmanian Stakes (1600m).

“He’s probably the best I’ve sourced from New Zealand, and he was the very first one I bought,” Russo said. “That was just one of those amazing situations where everything falls into place. The owner really wanted a Hobart Cup horse. We had a limited budget, but we got lucky. “The horse had won once in 18 starts in New Zealand, and that was a Woodville maiden. Once we brought him over, he won five in a row in Tasmania for Scotty Brunton (trainer). He won the Hobart Cup and performed well in a few other stakes races, including running third in a Listed race at Flemington. He was a pretty handy horse.

“I watch New Zealand race replays closely, and the types of horses I look for are like Count Da Vinci – horses that can lead over 1400m and then kick in the straight, and they can also do the same thing over 2000m. I really like that versatility, and it takes a bit of the guesswork out when you have a horse that can race on the speed. You don’t need to worry as much about track biases and the tempo of the race.

“Something that caught by eye about Count Da Vinci is that he was racing quite competitively in strong Rating 65 races on Premier days in New Zealand. He was running for $25,000 to $40,000, and he might have been winning if he’d been racing in those $10,000 races on lesser days instead.”

While COVID-19 travel restrictions have caused a few headaches, Russo believes the record of New Zealand imports in Australia speaks for itself, and that there is strong demand for tried Kiwi horses in the Australian market. “The travel restrictions are holding things up a little bit in terms of bringing horses over here,” he said. “The horses are race-fit and ready to go, but the travel situation has just created a backlog on flights.

“It doesn’t help, but we just need to find ways around it – like keeping the horses in work in New Zealand until they’re able to fly over. “Hopefully a trans-Tasman bubble might open up in the not-too-distant future, and that’ll free things up again and we’ll keep the ball rolling.

“The appetite is definitely there for these Kiwi horses. A lot of people are aware now that the New Zealand horses are able to come over and perform well. “I’m always looking, always watching replays, and I’ve got some great contacts over there that have helped me source some very nice horses over the years. I’m looking forward to more of the same.”