Synthetic trials at Riccarton get thumbs up 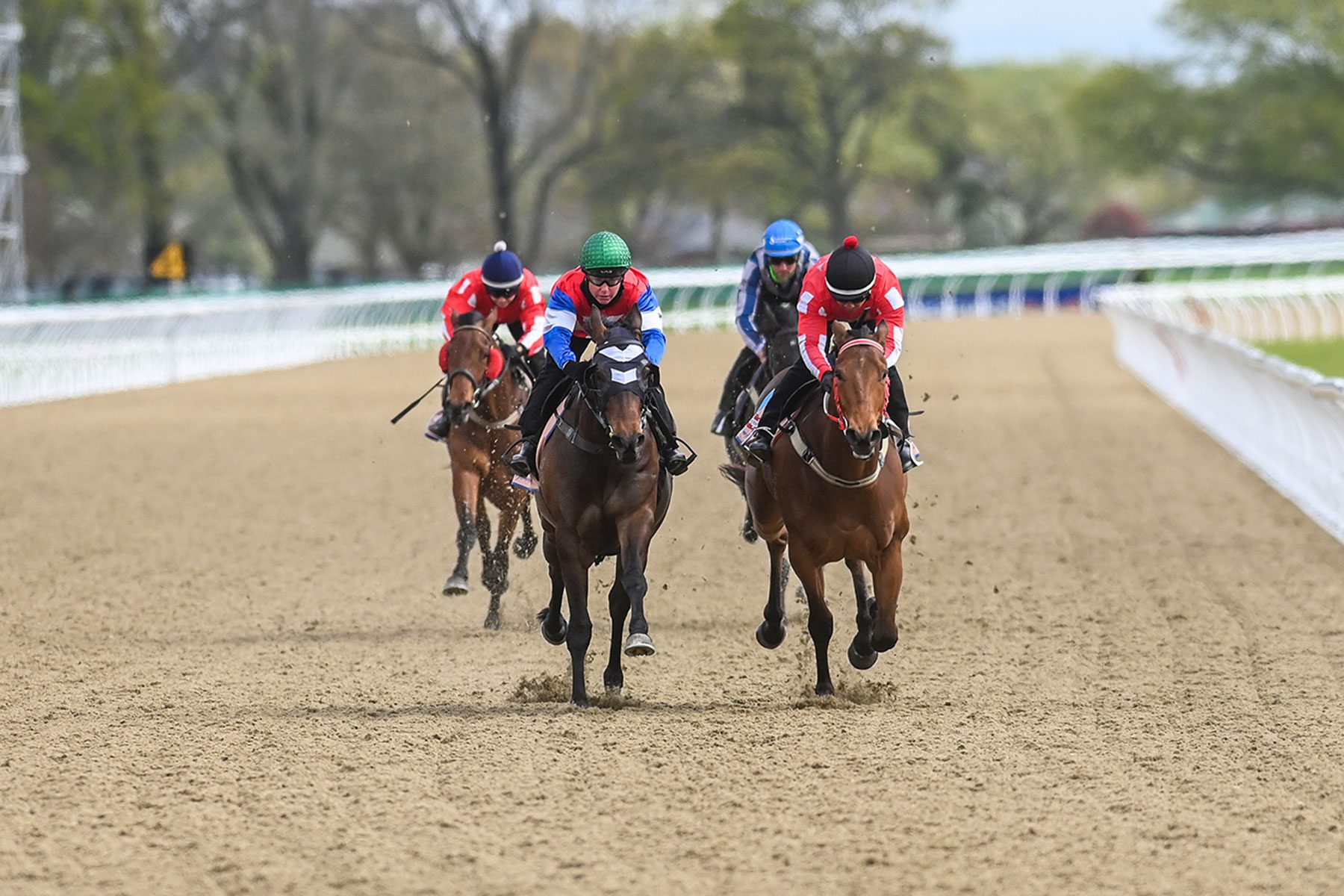 The first set of trials was conducted on the newly installed synthetic track at Riccarton on Tuesday, with the new surface receiving the full support of some of the major players in the region.

Leading trainer Michael Pitman, who trains in partnership with son Matthew, was full of praise for the track.

“The feedback has been very positive, it is all going well,” Pitman said.

“It rained consistently here yesterday, and to be fair if the trials had been elsewhere, they might not have been on but now we have a really nice track to trial on.

“There were plenty of horses trialling, including some nice three-year-olds.

“We had jump outs here last week and we were very happy with how they went.

“These are unraced horses we are trialling and it is good to give them a hit out and it will hopefully bring them on towards the Cup meeting a bit quicker.”

The Pitman stable are not noted for frequently presenting horses at the trials but given the convenience and cost-effectiveness of having trials on their doorstep, the Christchurch trainers are keen to utilise the facility more.

Like the Cambridge track in Waikato, the Riccarton track is Polytrack, and given the roomy expanse of the Riccarton outer track, the inside synthetic still has appealing dimensions.

Rangiora trainer Paul Harris was also pleased with his initial experience of the Polytrack.

“I think we are very fortunate in Canterbury to have it. The trials have gone on without a hitch,” he said.

“At the end of the day, it is like anything, you make your own tracks and figure it out as you go along. I’ve had two trial early in the day and one ran second and one third and they hadn’t seen it before.

“The feedback from the jockeys has been excellent, including my rider Brett Murray who said it is beautiful.

“Without any doubt we will have horses trialling and racing on it. I think it would suit a number of our horses that we have earmarked.”

Balcairn trainers John and Karen Parsons also had six horses have a hitout on the new circuit and despite being initially sceptical about the level of investment required and the speed at which Riccarton construction commenced soon after the Cambridge installation, Karen Parsons was happy to give the track the tick of approval.

“You can tell the ones that manage on it,” Parsons said.

“I was at Cambridge when it kicked off and I was going on the feedback from there. I wanted them to let that first track get going before they started on this one.

“They are pretty positive on the Cambridge track now, they weren’t initially.

“As long as the horses go on it, and they are looking like they are, we will support it.

“It is definitely a tick of approval.”

Parsons said one of the major benefits should be getting an improved surface on the main turf track by reducing the foot-traffic.

“The course proper at Riccarton is stuffed, but the synthetic gives another option. They just overused the course proper and it is a bog after that Winter Cup meeting, but now we have somewhere to run,” she said.

“There are horses that manage heavy and hard and now there is another option.

“It is somewhere to race in winter and we don’t have to go way off down the way.”

The next set of Riccarton trials will take place in a fortnight, with racing on the surface due to commence on May 5 next year.