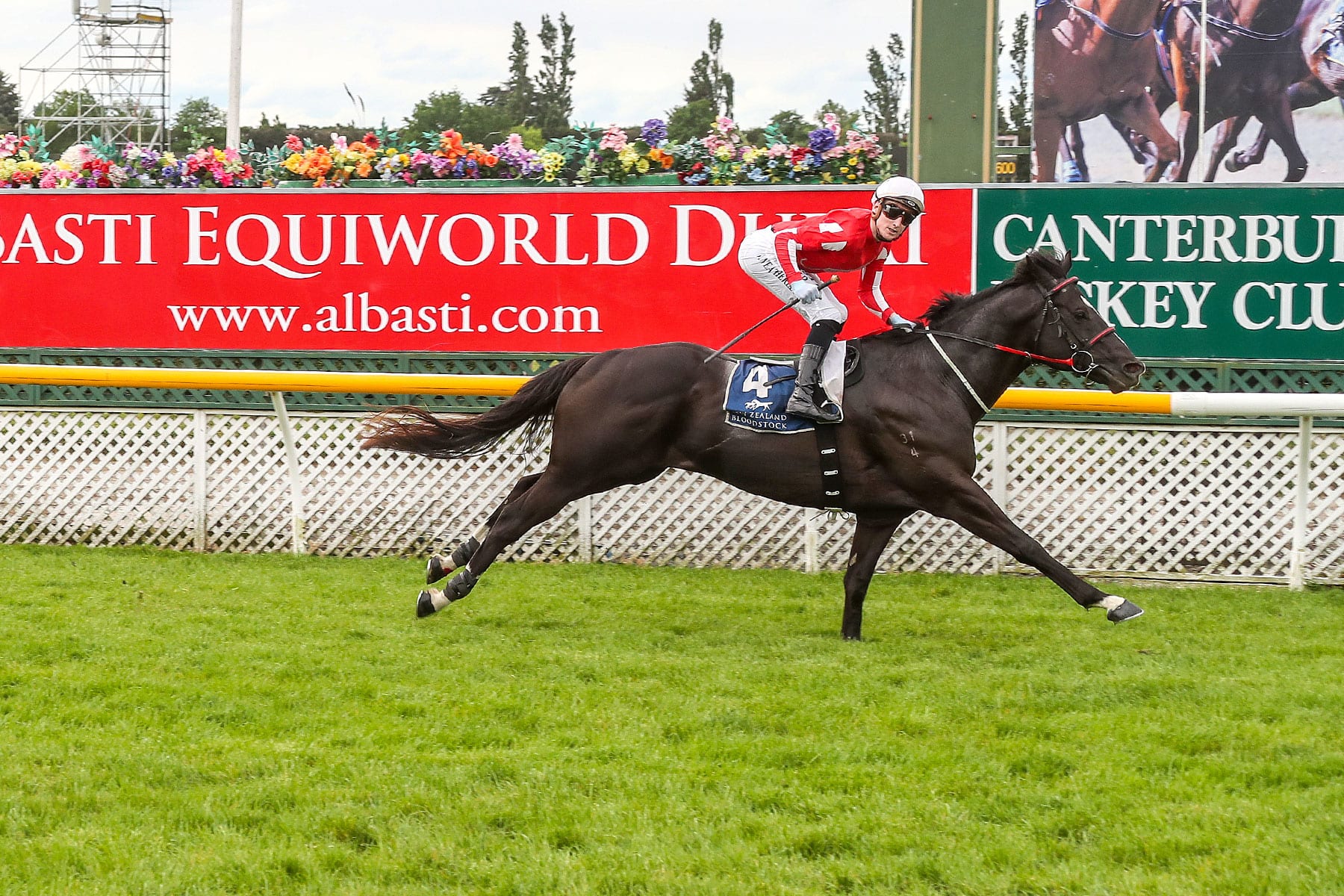 Emotions will run high for the Pitman family if Sensei can complete a notable sprint double at Riccarton on Wednesday, but the likelihood of such a feat hinges on improved weather in Christchurch. Sensei was one of the four winners Michael and Matthew Pitman produced on the opening day of the New Zealand Cup Carnival and the manner in which he annihilated his rivals in the Listed Pegasus Stakes (1000m) put him among the prime candidates for the Group 3 Lindauer Stewards Stakes (1200m).

Sensei is named after Michael and Diane Pitman’s late son, Johnny, and on Wednesday he could get his chance to follow in the footsteps of another top Pitman sprinter, Coup Align, who was the last horse to complete the Pegasus – Stewards Stakes double 10 years ago. “It was on the 13th of November that we lost Johnny and that’ll be exactly six years to the day on Wednesday,” Michael Pitman said.

“Cup week is always a tough week for us because of losing Johnny at that time and I was pretty emotional when Sensei won the Pegasus and I’d say I’ll be the same if he wins the Stewards. “But if the weather is not right I won’t risk running him. We’ve had rain here since Sunday and I just hope it clears up in enough time for the track to firm up again. “He’s come through the Pegasus so well and I’m confident he can win again. We’ve had a good record in the Stewards and I’d love to win it again, but there’s no way we’ll be backing him up on a wet track. He’s got to have good ground, like he showed on Saturday.”

Last Saturday Sensei was having his first start since February when finishing unplaced and pulling up lame in the Group 1 Oakleigh Plate (1100m) at Caulfield and he exploded clear of his rivals over the final stages with rider Sam Weatherley giving him a soft run to the finish, four lengths clear of runner-up Sheezallmine.

The Pitmans already have bigger plans for Sensei with the six-race winner being nominated for the inaugural Sprint Triple Crown series, which holds a $100,000 bonus. The series consists of the Group 1 Sistema Railway (1200m) at Ellerslie on January 1, the Group 1 J.R & N Berkett Telegraph (1200m) at Trentham on January 18, and the Group 1 BCD Group Sprint (1400m) at Te Rapa on February 8.

Stablemate Enzo’s Lad is among the opposition for Sensei on Wednesday, but hasn’t been considered for the Sprint Triple Crown series. “He doesn’t go right-handed, so the Railway is out for him,” Pitman said. “We’ll try and win the Telegraph for the third time with him. He hasn’t raced since England, but he trialled up fantastically when he won at the Motukarara trials last week. “Sam Wynne rode him and said he felt awesome, but he’s in the same boat as Sensei. He doesn’t like a wet track and I might have to pull him out, too, if it’s not firm enough. There’s too long a season ahead. “If he doesn’t run, he could go to Otaki in a few weeks.”

The Pitmans also have representatives in the other two black type features on Wednesday with Son Of Maher in the Group 2 Coupland’s Bakeries Mile (1600m) and Meara Mary in the Group 3 Valachi Downs Canterbury Breeders Stakes (1400m), but a wet track would rule out Son Of Maher, who deadheated for first with Shadows Cast in the feature mile two years ago. “I hope the track comes back because Son Of Maher is so well,” Pitman said. “We’ve won four Stewards and two Coupland’s Miles by going to Wingatui on Melbourne Cup day and that’s why we took him there last week. “I thought he went a slasher and he gets in with just 52kg. If the track firms up he’ll be a big chance on Wednesday, but if not we’ll save him for the open sprint on the last day then he can get ready for the Captain Cook Stakes (Group 1, 1600m) at Trentham.”

Pitman said he’s rolling a dice with Meara Mary in the Breeders Stakes with the Echoes of Heaven mare stepping up from Rating 65 and Rating 72 wins at Ashburton and Motukarara respectively. “She’s well and, though it’s a big step up, a wet track won’t worry her so she’ll run whatever,” he said.

The Pitmans will also have runners in the lesser races on the card then switch their attention to the last day with All About Magic set to back up from her eighth in last Saturday’s Group 1 New Zealand 2000 Guineas (1600m) and take on her own sex in the Group 1 gavelhouse.com New Zealand 1000 Guineas (1600m).

“I thought she went fair enough in the 2000 Guineas so she’ll get her chance next Saturday,” Pitman said. “We’ll also probably have three runners, Ohio Showgirl, Watchmaker and Zakunda, in the Welcome Stakes (Listed 1000m). “Veladero, who won so well on Saturday, is in on Wednesday, but we’ll probably wait for the last day with him, too.”