Syndicate taking success in their stride with Levante 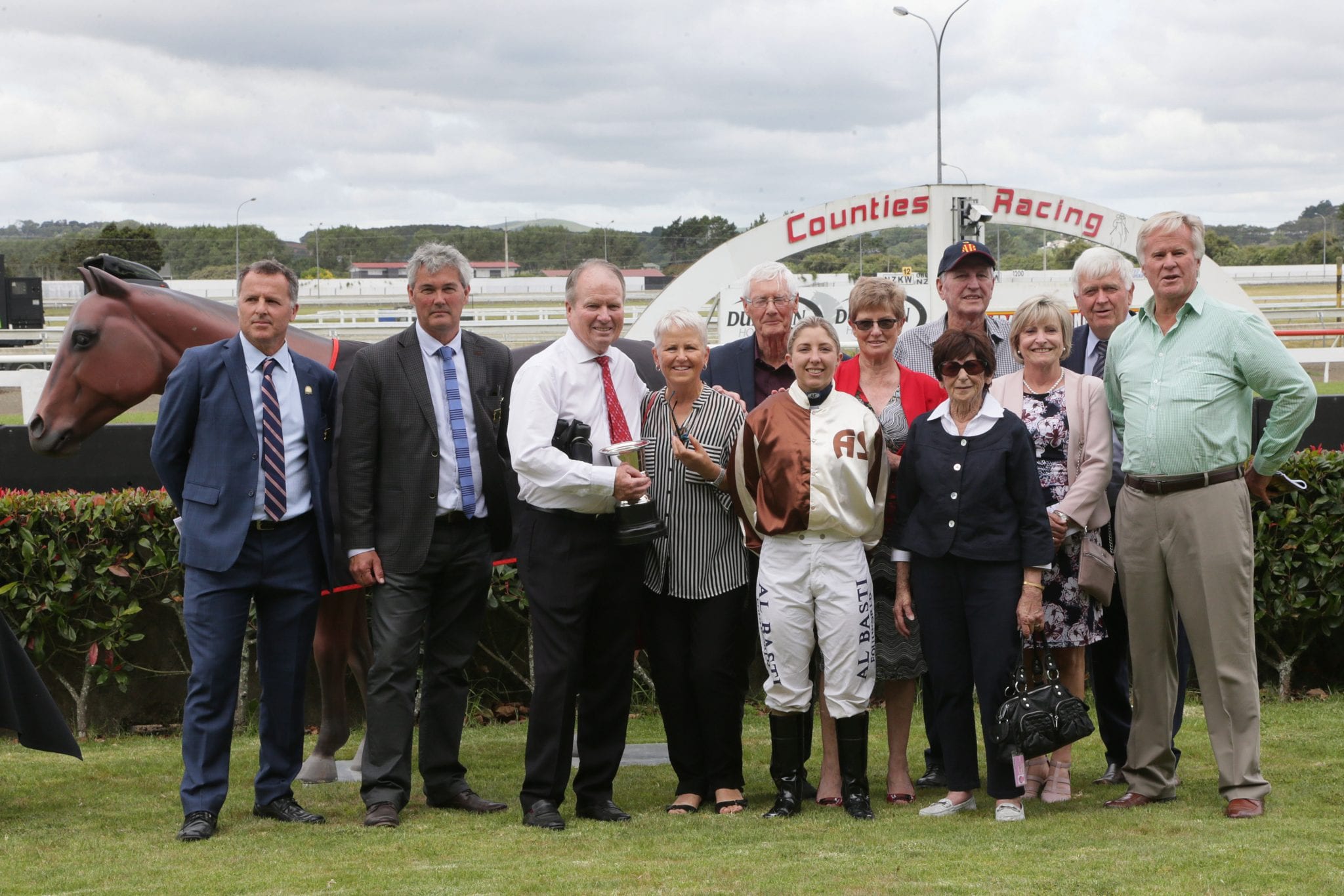 Ancroft Stud owner Philip Brown is keeping his feet on the ground as excitement mounts all around him over the potential of four-year-old galloper Levante. Brown and his wife Catherine share in the ownership of the Proisir mare with long-time friend Tony Enting and his wife Mary, former touring golf professional Mark Tapper and several other mates under their Sandringham Investments Ltd banner.

Beaten only once in five starts as a three-year-old, Levante announced her ascension to the upper echelon of talent in New Zealand with a blistering finish in the hands of Sam Collett to take out the Listed Haunui Farm Counties Bowl (1100m) at Pukekohe on Saturday.

The performance set tongues wagging about how far the Ken and Bev Kelso-trained galloper can go during this campaign with Brown just happy to see her back on the track, performing up to her best, after a lengthy absence. “Watching that run it certainly made me go wow,” Brown said.

“She has done that every time she has gone to the races, come with that powerful run to win. “Sometimes we have thought she just couldn’t do it as she was too far back but she has found a way to succeed. “She’s very exciting and we’re very happy to have her back doing what she does best. “I know Ken (Kelso) said to Sam not to be too hard on her and she only had to give her one flick behind the saddle to get her into top gear. “She’s eaten everything up overnight and is bright this morning (Sunday) so she has come through the run really well.”

Brown admits that there have been some massive offers for the mare, right from when she won her first race, but the not for sale sign is firmly out as the syndicate enjoy the thrill of having a potential topliner on their hands. “I’ve known Tony (Enting) since we were in form one together at school and he was the best man at my wedding,” Brown said. “Despite the sale offers there have been, from some of the best stables in Australasia, money can’t buy the pleasure that this horse is giving us so we’ve just said she’s not for sale. “We’re enjoying the ride which is just marvellous.”

It was Brown who put the ownership syndicate together for Levante after he had foaled her down at his Ancroft Stud property for her breeder Scott Williams. “Scott Williams is my accountant and he asked me to look after Levante’s dam, Island Doy, at the time she was in foal to Proisir,” he said. “We foaled her down so I rang Scott to tell him he had a really nice filly but he said bugger it as he had wanted a colt as he already had several fillies from her.

“Every time he rang me from then on, I told him to come and take a look at her but he never really got around to it. “In the end he told me he was going to do a deal with someone to take her to the sales, so I asked him what he wanted, which wasn’t that much, so we did a deal on her. “I rang my mates and said let’s have some fun together racing this filly and it has been more successful than we could have imagined in our wildest dreams.”

The Brown family holds a well-established place in the breeding scene in Matamata having stood the highly successful stallion Battle Wagon when they first established their Ancroft Stud brand during the 1960’s. “Our first stallion was Battle Wagon back in 1966,” Brown said. “We bred Battle Eve who went on and won 25 races. We had him on lease for six years before he went on to Waikato Stud after that.

“We had stallions until around 2001 and since then we have worked around a broodmare band of around 10-12 along with having a few mares for some of our established clients. “We still have shares in quite a few stallions including Tarzino and Sweynesse but we really just wanted to build a nice broodmare band and race a few horses.

“The property was originally 100 acres with fifty of those within the Matamata borough boundary. “We’re doing a small subdivision of about 22 acres on that land which leaves about seventy to operate on which suits us just fine for at least the next five to ten years.”

Brown’s shareholding in Novara Park Stud stallion Sweynesse also paid dividends on Saturday as he is involved in the ownership of Listed Fasttrack Insurance 2YO Stakes (1100m) winner Brix who he co-bred. “It was a very exciting day for us with both Levante and Brix winning, one of those days you can only dream about and one we will reflect on for quite some time,” he said.