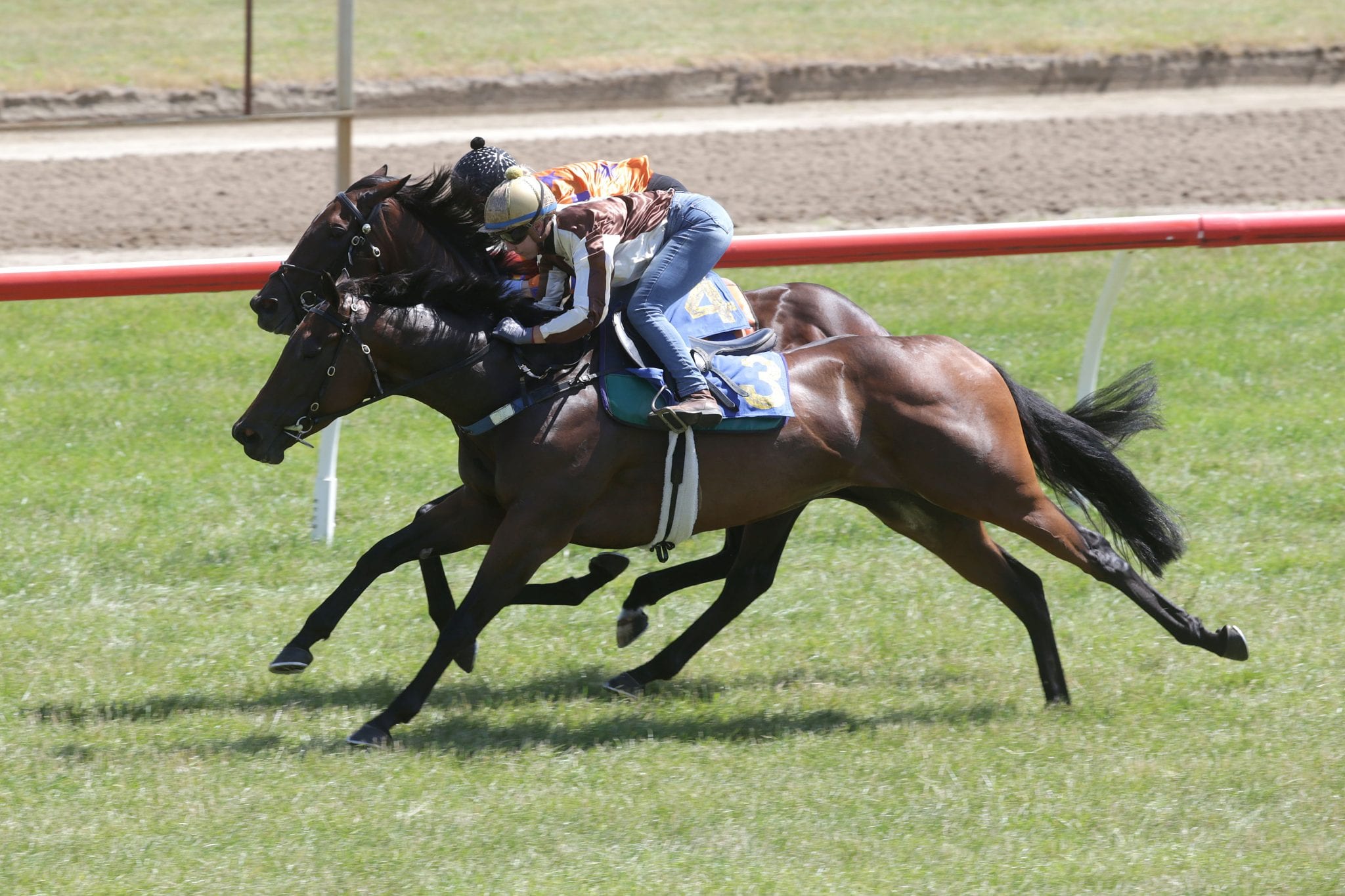 Exciting mare Levante was in action at the Te Aroha trials on Monday, winning her 1000m heat by a head from another talented four-year-old in Entriviere. Levante set tongues wagging with a stunning last to first victory in the Listed Counties Bowl (1100m) last month and has been backed into $2.80 favourite for the Group 1 Sistema Railway (1200m) at Ellerslie on New Year’s Day.

On Monday, the Ken and Bev Kelso-trained daughter of Proisir cruised up under raceday jockey Sam Collett but had to dig deep to get the better of Entriviere, with the pair six-lengths ahead of stakes- placed three-year-old Suffused in third.

“She had a nice hit out today before the Railway,” Ken Kelso said. “We had the option of either going to Ellerslie for a gallop or coming here today and having a trial and I was quite happy with the trial. “Sam Collett was really pleased. I said to her she’ll want to do a bit today but I was also mindful that the track is quite firm, so I said her to not give her too hard a trial. I think she did enough.

“I’ve got the option of giving her an exhibition gallop at Matamata as well leading up to the Railway. I’ll get her home and see how she’s come through this. “She had a decent blow today, but she’d want to because there’s got to be improvement in her.”

The winner of five of her six career starts, Levante’s only defeat came when second in the Group 2 Wellington Guineas (1400m) after bombing the start. Kelso, who makes no secret of the high regard in which he holds Levante, is not fazed by the hype surrounding the mare but said that could change leading into her Group 1 mission.

“I’ve been around a bit so I’m coping alright,” he said. “I don’t know about the last few days leading up to it, but she’s quite straight forward. She’s good to deal with and handle and the owners leave me alone and let me do with her what I want do.”

Kelso reported high-class mare Supera had come through her weekend exertions without issue, having closed well for second behind on-speed runner Showoroses in the Group 2 Cal Isuzu Stakes (1600m) at Te Rapa on Saturday.

The multiple Group 2 winner, who is in-foal to US Navy Flag, will have one last tilt at a Group 1 when she contest the Zabeel Classic (2000m) at Ellerslie on Boxing Day before joining owner Sir Peter Vela’s broodmare band at Pencarrow Stud.

“I was pleased with her run and it was just the pattern of the day,” Kelso said. “It was the same in the Waikato Cup, they couldn’t peg back the winner. “Showoroses went to the front and it was hard to peg back horses on the day and I thought she ran home nicely.

“As a lead up to go 2000m, I thought it was quite a good run. She’s come through it well, she seemed bright as a button this morning and hit out nicely, which is the main thing. “In two weeks she should be pretty right to go 2000m as her final run.”