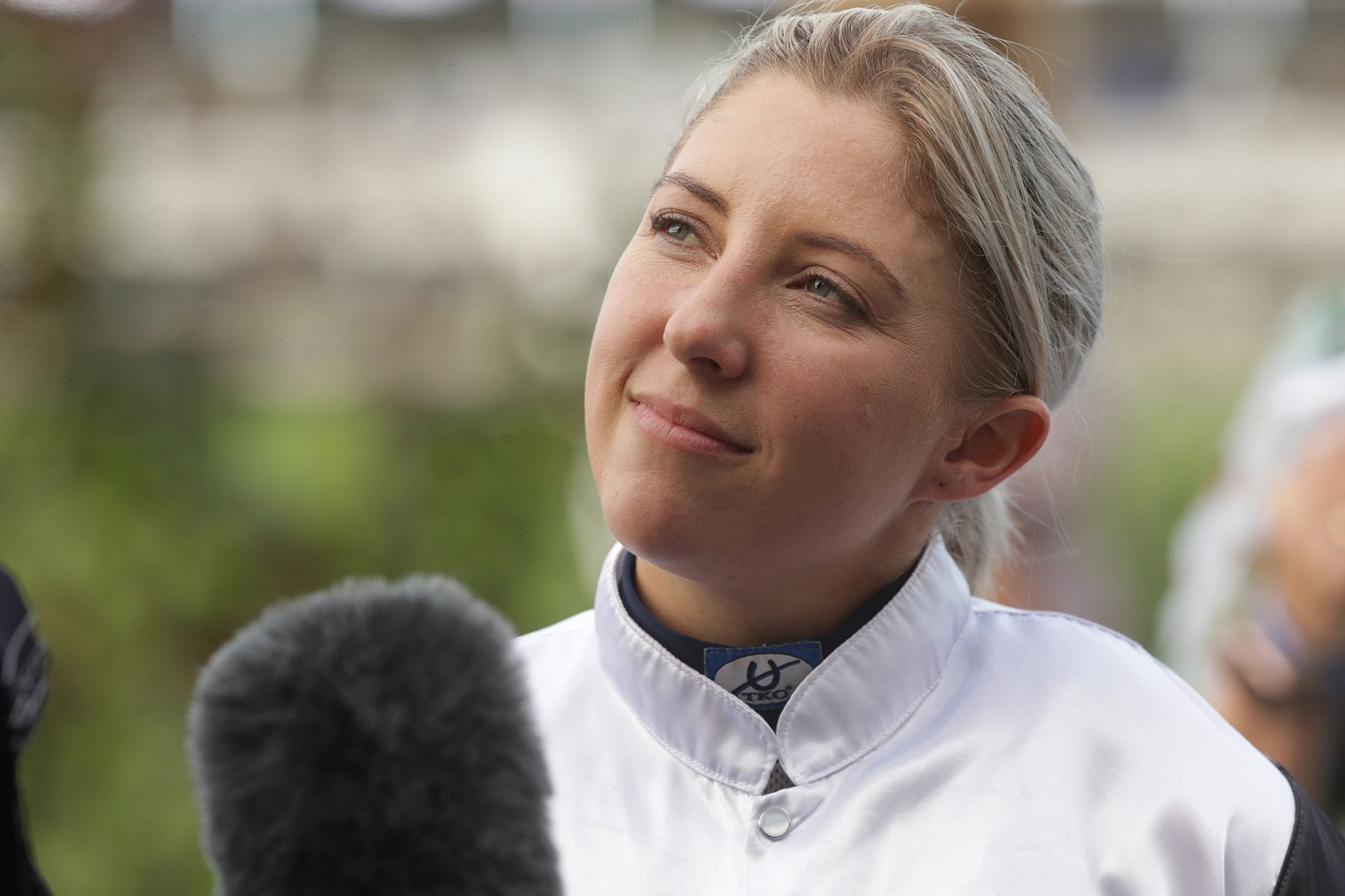 Sam Collett has designs of a great summer aboard the exciting mare Levante after her stunning return to racing in the Listed Counties Bowl (1100m) at Pukekohe on Saturday. Riding the Ken and Bev Kelso-trained mare for the first time on raceday, Collett and Levante swooped from last on the turn on a day when it had been difficult to win from off the pace to account for Summer Passage and Its Destinys Child.

It was part of a three-win celebration on her 31st birthday for Collett, who also won the Listed Fasttrack Insurance 2YO Stakes (1100m) aboard Brix and the Vernon and Vazey 1400 with Our Alley Cat.

Levante was ridden in all five of her starts last season by Ryan Elliot, who guided her to four wins and a highly impressive runner-up slot in the Group 2 Wellington Guineas (1400m) after blowing the start by eight lengths. However, the Kelsos have turned to Collett for the mare’s four-year-old season while her rating remains relatively modest.

“Because this preparation they’re looking to target those handicap races they approached me early on in her preparation because she’s going to get fairly light weights where she is at the ratings and they wanted a rider that was going to stick with her,” said Collett, who rode Levante at 53kg at Pukekohe. “Unfortunately for Ryan, 53kg was a bit of a stretch for him at the moment and that’s how I’ve come to acquire the ride.”

Ken Kelso has indicated the Group 1 Railway (1200m) on New Year’s Day at Ellerslie is Levante’s next target, and Collett is excited at the opportunity after the acceleration she displayed in the Counties Bowl. “It’s what we’re all after, a horse that shows that kind of turn of foot. It makes our job very easy,” Collett said. “I was worried they may go a wee bit fast for her over 1100m, but she proved me wrong. I don’t think she’s limited to a sprint trip by any means, but she seems to be doing that pretty well at the moment.”

Collett hadn’t been expecting victories for Brix or Our Alley Cat at Pukekohe but was impressed by both. Brix had started three times prior to the Fasttrack Insurance Stakes, finishing fourth twice and losing her rider on the other occasion, but Collett said trainer Glen Harvey was confident she would be competitive with a better draw and was impressed by Brix’s tenacity.

“She was blocked for a run a little way up the straight and I had to make my way out, but once she levelled up with the Te Akau horse (Quattro Quinta) she really stuck her neck out and really found the line, which is a great attribute to have for a two-year-old.”

Away from the track, Collett’s venture into interior design is continuing. She began a 12-month course through the Interior Design Institute during the COVID-19 lockdown and still has her eye on it as a future career.

“I guess because I spend so much time away from home, I feel like it’s really important to have somewhere to go that feels right. I’ve always been a big believer that everyone’s home is what they make it, and if I can get into that outside of racing it would be fantastic.

“Obviously I’d love to have a career (in racing) that lasts long and is without injury, but you just never know and it’s important to have something to fall back on just in case.”