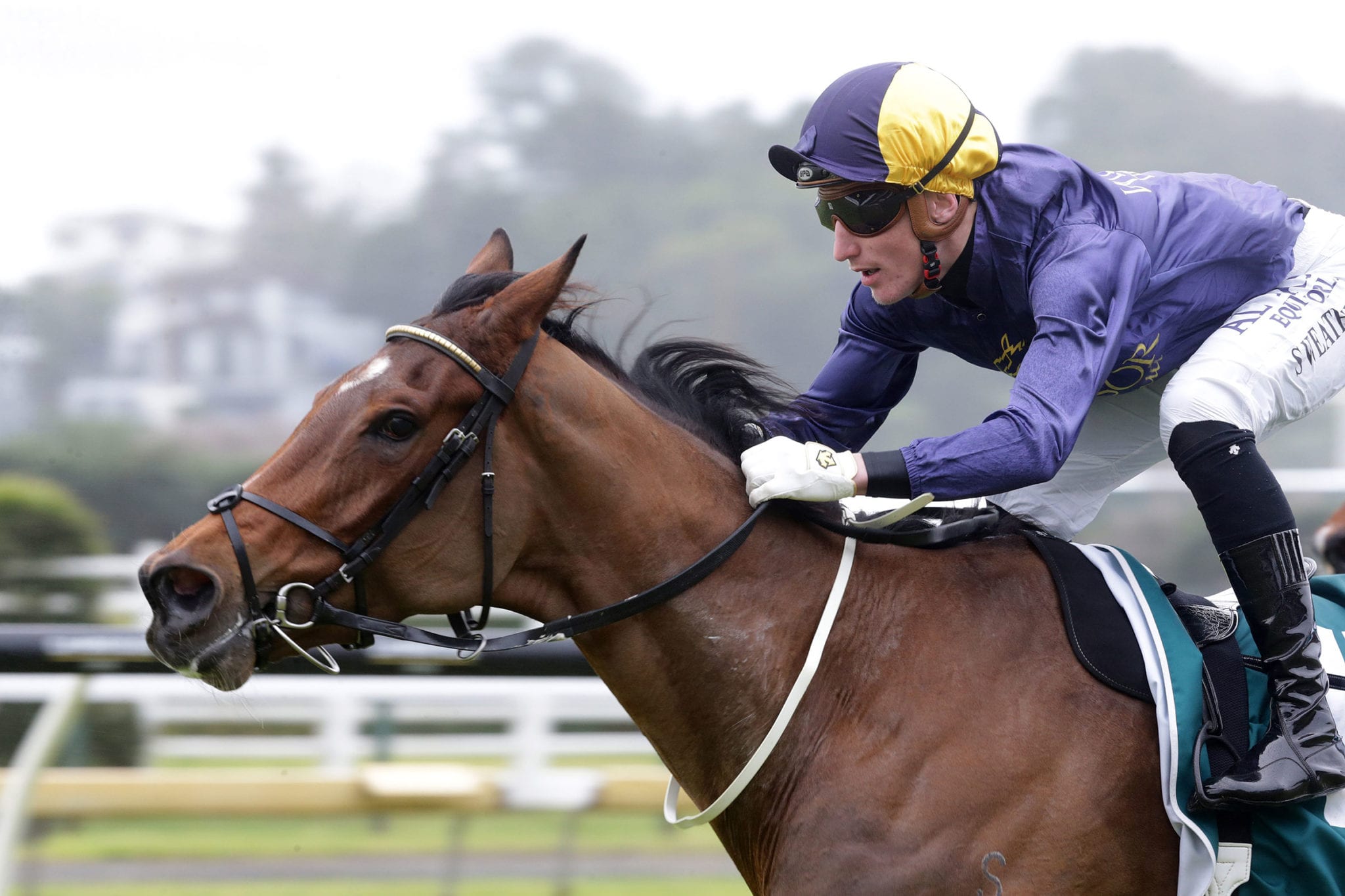 An impressive victory over 900m at the Ellerslie trials last month indicated Sweet Molly Malone was a strong winning chance at the venue on Saturday and so it proved as she dashed away in the home straight to register a comfortable two and a quarter length victory in a maiden 1200m contest.

The performance was made even more memorable given the Rip Van Winkle three-year-old was forced to sit three-wide outside the pace throughout but still found plenty in reserve to put paid to her rivals in emphatic fashion.

Trainer Cody Cole had been expecting a good run from his charge however he was in some doubt as to whether she would even get a start after being placed on the ballot for the race and requiring several scratchings to make the final field. “It was a bit of a nervous wait as I wasn’t sure if we were going to make the field,” Cole said. “The balloted horses from Te Rapa last weekend got in ahead of us so it was a bit touch and go for a while there.

“We made it in and she did us proud as she was three-wide without cover for most of the journey. “I actually think she might be better suited racing that way as I was speaking to Gary Harding who bred her dam and he said the whole family were like that and didn’t like being bottled up when they were racing.”

While Cole was confident of a bold run, he did have his fingers crossed the Ellerslie track would hold up well as he doesn’t believe the filly is at her best on very heavy surfaces. “We were pretty fortunate as she’s not a genuine heavy track horse so we wanted it to hold together for as long as it could,” he said. “She goes best right-handed so we will keep her going that way although it might mean we ease up on her as most of the next northern meetings are on tracks that get pretty deep in the winter which won’t suit. “We think she has plenty of ability, so we can afford to pick and choose a little with her.”

Cole has made a good start to the resumption of the racing season with promising staying mare Vainglory winning at Pukekohe before being narrowly beaten at Te Rapa last weekend. Those performances have Cole keen to push on to bigger goals for the Makfi five-year-old who will have a brief spell before returning later in the spring. “She (Vainglory) is going really well and I think she is a good candidate for the staying races during New Zealand Cup Week in November,” he said.

“We are going to get her ready for that so we’ve put her out a for a couple of weeks before getting her back to start that preparation. “A race like the Metropolitan Trophy (Listed, 2500m) looks ideal and then maybe the New Zealand Cup (Group 3, 3200m) if she is going well.”