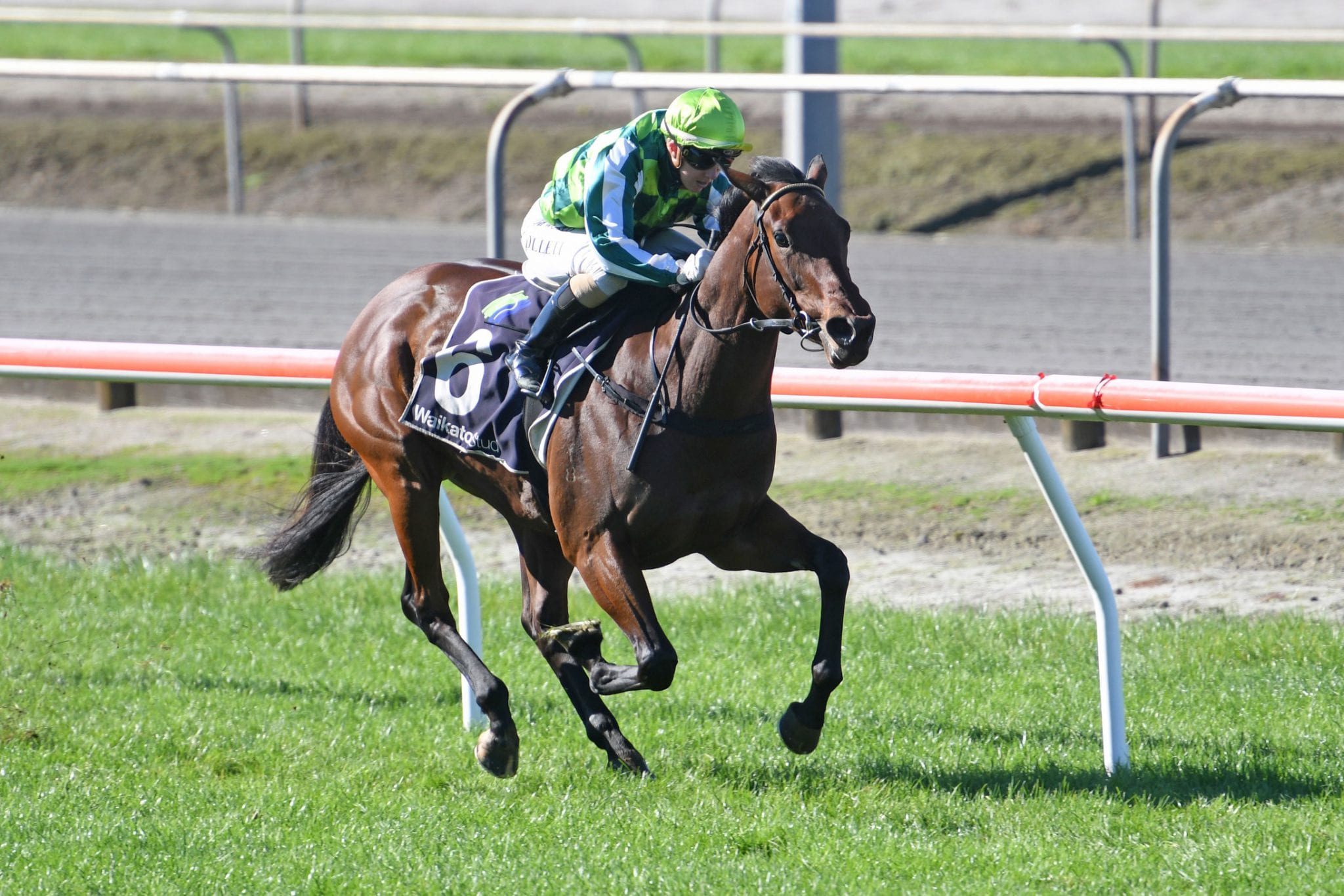 Iffshecan has proven to be a welcome surprise for New Zealand trainer Cody Cole.

The juvenile filly had always struck the Matamata horseman as a three-year-old type, but she has come along in leaps and bounds in recent months and will get her first tilt at stakes level at Wanganui this weekend.

The daughter of Iffraaj wasn’t showing her handler too much early on, but turned a corner when she went to the trials in April, winning her 1025m heat at Taupo before going on to win impressively on debut over 1200m at Matamata in May.

“She never really showed a whole heap in trackwork before we trialled her and then she made a nice step up and made good improvement from her trial to her first start,” Cole said.

“I would have said she was six months away and if we got her to the races it was a bonus, let alone winning a race. She has just improved out of sight.”

While pleased with her progress, Cole admitted to being a bit surprised in the fashion Iffshecan won on debut, kicking clear by four lengths down the homestraight and holding on for a three-quarter of a length victory.

“I was a little bit surprised when she kicked away by four lengths.”

Iffshecan has drawn barrier four in the Listed John Turkington Forestry LTD Castletown Stakes 2YO 1200 at Wanganui on Saturday, and Cole said they won’t be deviating from their front-running tactics.

“She will be putting herself on speed somewhere thereabouts, she has got plenty of gate speed and when you can go to the front and kick away it takes a lot of bad luck out of the equation,” he said.

“She will need to have made a bit of improvement from her maiden win, it is stakes company and there are other horses that have performed at stakes level and have won races there. I couldn’t see why she wouldn’t measure up.”

A short freshen-up will follow her weekend hit-out before she gets ready for her Classic season.

“We will give her a short break and get her going and look for some of those spring races if she comes up well enough,” Cole said.

Iffshecan will be accompanied on the float trip south by stablemate Sweet Molly Malone.

The four-year-old mare rewarded her owners for their patience when winning at Matamata last month after a series of unplaced runs, and Cole is hoping for a repeat performance in the Property Brokers 1600 on Saturday.

“She is a bit of an enigma that mare,” he said. “We couldn’t really put our finger on why she wasn’t getting the job done.

“She doesn’t really like being around other horses. The two wins that she has had she was three and four-wide. She just seems to like being out in the open.

“We couldn’t find anything wrong, the pattern of the racing just didn’t suit her. On Heavy tracks it is not too much of a setback being wide with no cover, not like on a Good track.

“I am pretty happy with her, she has worked nicely and if she can repeat what she did last start I don’t see any reason why she couldn’t be in the finish.”