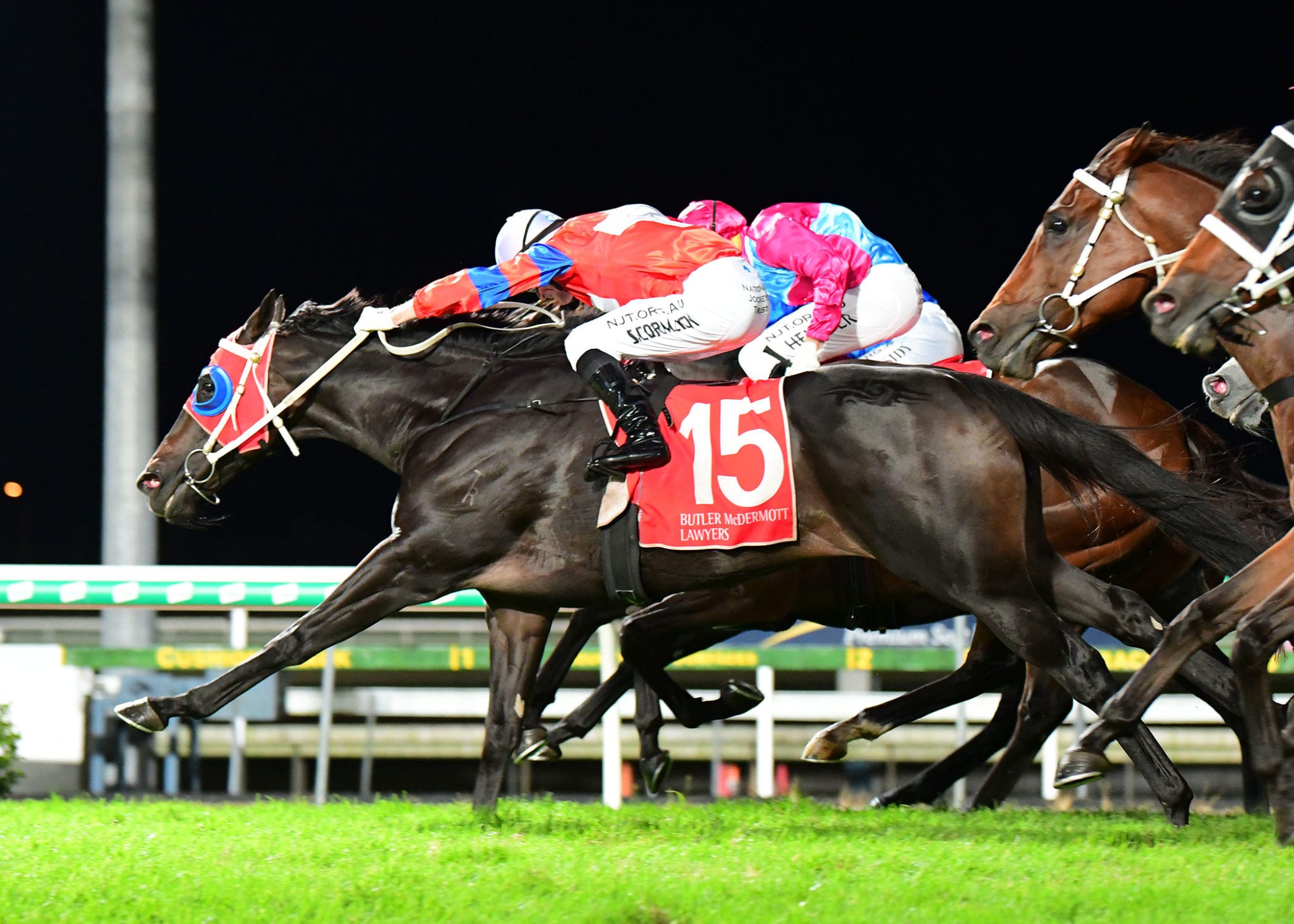 Punters discounted Victory Eight at their peril at the Sunshine Coast on Friday night, with the Nadeem gelding taking out the Listed Wayne Wilson Handicap (1600m), paying $74.20 for the win.

Trainer Trevor Miller thought the six-year-old gelding was well over the odds considering his last start win over 1400m and his bold unplaced run over 1400m the start prior. “I thought the horse was a good each-way chance,” Miller said. “I thought he was a 20-1 shot, not what he was. “It was a good win last start. He got beaten by less than three lengths the start before and came from last, and the jockey dropped his whip.”

Miller was pleased with Victory Eight’s tenacity in that unplaced run and immediately identified the Wayne Wilson as his next major target. “After that run, the plan was to race over 1400m last start and if he ran well there we would start him in the Wayne Wilson. “He had a nice, easy win and I thought the horse was a real chance (in the Wayne Wilson).

Miller’s judgment proved to be accurate on Friday with Victory Eight running home late to win by a head over Gaulois, after sitting three-wide for the entire trip. “It was a very gutsy win, I was very pleased,” Miller said. “He travelled three-wide right throughout with cover, which is where I thought he would be from the alley (11) he had. “He showed a lot of guts and determination to win.”

Miller is now weighing up his options with Victory Eight, with Friday’s win ironically being his eighth on his hometrack. “I will talk it over with the owners,” Miller said. “He has done what we have asked him to do and he ran a pretty good race. “He has proved that he is up to them.”

Victory Eight had five starts for Maher, including a fourth placing in the Listed Queen Stakes (1050m) before his transfer to Miller’s Queensland stable.