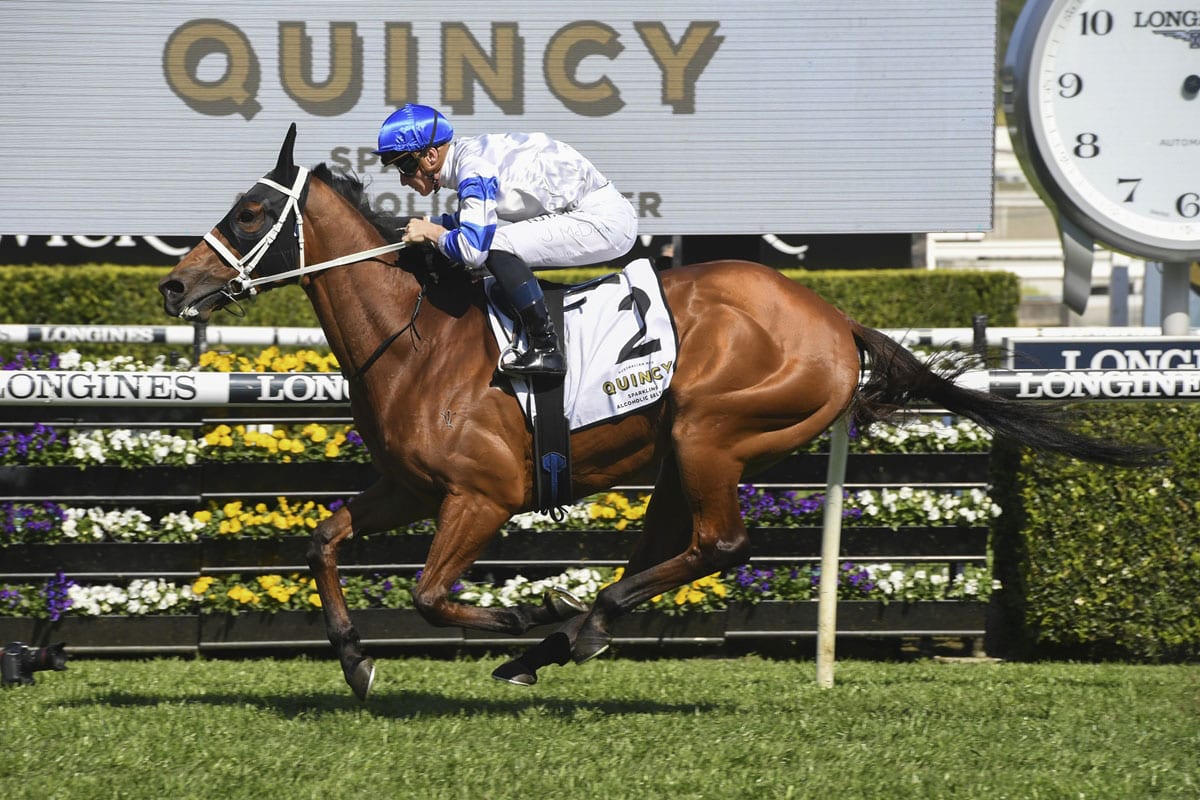 Leading Sydney trainer Chris Waller will have a strong Kiwi contingent at Randwick on Saturday.

New Zealand-bred five-year-old Kolding will be vying for his third elite-level victory when he contests the Group 1 All Aged Stakes (1400m).

The son of Ocean Park has been absent from the winner’s circle since the spring, where he won the Group 1 George Main Stakes (1600m) and Group 2 Hill Stakes (2000m), and Waller is hoping to rectify that this weekend.

He has had four starts this preparation, finishing runner-up in the Group 2 Expressway Stakes (1200m) and Group 2 Apollo Stakes (1400m), and Waller said he has appreciated a freshen-up following his 10th placed run in the Group 1 George Ryder Stakes (1500m) last month.

Kolding has drawn barrier three and his trainer is hoping he will have better luck from that gate this weekend.

“Kolding has had no luck with track conditions and barrier draws,” Waller told Sky Racing. “He has freshened up nicely since the George Ryder.”

Waller will have a three-pronged attack in the Group 3 JRA Plate (2000m) and has labelled former Kiwi galloper Polly Grey as his best chance.

The six-year-old mare won the Group 3 Epona Stakes (1900m) last month and Waller is confident she can put in a repeat performance on Saturday.

“She is racing very well, it was a good win last start and she drops back to a handicap and sits in just above the minimum weight,” he said.

“She looks very well placed and is the pick of my three in the race.”

Polly Grey is part-owned by former trainer Kylie Fawcett, for whom she won six of her 17 starts in New Zealand, including the Listed Matamata Cup (1600m), and placed in the Group 3 Thompson Handicap (1600m) and Group 2 Japan Trophy (1600m).

Matchmaker is another Kiwi-bred looking for back-to-back Group Three victories for Waller.

The Makfi filly was victorious in the Group 3 PJ Bell Stakes (1200m) at Randwick earlier this month, and Waller is looking to repeat the dose at the Sydney track on Saturday in the Group 3 JHB Carr Stakes (1400m).

She has drawn the outside of the eight-horse field, but Waller is confident leading hoop James McDonald can overcome the poor gate.

“She won well last start, she didn’t have many favours going her way and still won,” Waller said.

“She has drawn a little bit awkwardly, but a good jockey in James McDonald will hopefully overcome that.”

Matchmaker is part-owned by Indian-born Sydneysider Manoj Wanzare, who worked with Australia-based New Zealand bloodstock agent Andrew Williams to secure a half-share in Matchmaker with her breeders Gus and Bianca Wigley of Inglewood Stud.

She won two of her five starts in New Zealand for former trainers Nick Wigley and Kayla Milnes, including the Listed Canterbury Belle Stakes (1200m), and placed in the Group 3 Barneswood Farm Stakes 3YO (1400m) before transferring to the care of Waller.