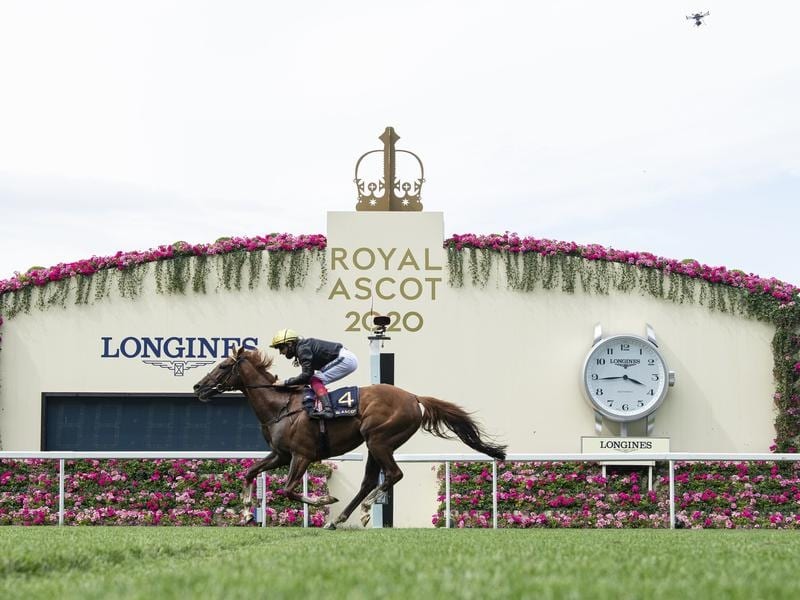 Stradivarius can beat the fillies and mares and the rest of the field in the Prix de l’Arc de Triomphe on the first Sunday in October, which would make him the first horse to win the Longchamp feature and the Gold Cup at Ascot. However, the horse’s jockey is unlikely to be Frankie Dettori.

Females have a good record in the Arc over the last 10 years, but it is the progressive Love rather than Enable who can chase home Stradivarius. Magical is a mare who can take advantage of the sex allowance and make the payout places. Enable could miss out making the frame this time.

The Arc is a Group 1 over 12 furlongs for horses aged three and older. Three-year-olds carry 8st 13lbs, older horses carry 9st 5lb and there is a 3lbs allowance for fillies and mares. The potential weight range is 8st 10lbs to 9st 5lbs. Stradivarius gives Enable and Magical 6lbs and carries 9lbs more than the three-year-old Love, barring penalties.

All three females have won Group 1 races, so it will take a special colt to beat them carrying more weight. Clearly, Stradivarius is exceptional and looks a good bet at +1400 with BetOnline to win the Arc. The horse has now won three Gold Cups and four Goodwood Cups.

Stradivarius is aged six, so the age trends are against the horse. The last Arc winner at the age of six or older was in 1932. Seven of the last 12 winners were aged three, and only two horses aged older than four have won the race this century. Enable is also aged six and Magical is five.

A huge subplot is which jockey is aboard Stradivarius at Longchamp. The regular rider is Dettori, but it’s unthinkable that he would desert Enable. William Buick could pick up the best spare runner of the season, as he and Robert Havlin are the only jockeys other than Dettori to ride Stradivarius in races.

The French challenge for the race does often not emerge until three key trials at Longchamp three weeks before the race. The winners of the Prix Vermeille, Prix Foy and Prix Neil often shorten in the betting for the Arc, and an impressive champion in those event can become the favourite.

Stradivarius has run three times to date this season but could have a prep race before the Arc. One option is the Lonsdale Cup over two miles and half a furlong at the York Ebor meeting in the third week in August. He has won the race in the last two years, but the owners have not been tempted by the Arc until mow. Connections have not indicated if Stradivarius will stay in training after the race.

The Group 1 races Stradivarius has contested this season suggest a run in the Arc is a sensible option. If the ground is soft on Arc day, the current odds won’t last. The race would become more a test of stamina than speed, and Stradivarius is the best stayer in training in Europe.

The horse ran in the Coronation Stakes at Newmarket over one mile and four furlongs. Finishing third behind the winner, Ghaiayyath, and Enable earned Stradivarius an OR of 117. The third Gold Cup win represented a figure of 125, while he produced an OR of 119 in winning the Goodwood Cup while giving the Irish Derby winner, Santiago, 17lbs in weight.

As Enable won the race in 2018 and 2019 with figures of 129 and 122 respectively, Stradivarius will probably need to produce a career-best rating to win the Arc. The ratings for the three females prominent in the betting are: Enable 128; Love 116; Magical 122. A typical Arc winner runs to a rating of about 125.

This season Stradivarius has run well over 12 furlongs at Group 1 level (Coronation Cup), run to a figure that is good enough to win the Arc (Gold Cup) and beaten a Classic winner giving weight (Goodwood Cup). The horse’s chances will only improve in a soft-going Arc, in which case the three top female horses would be running for the place money.