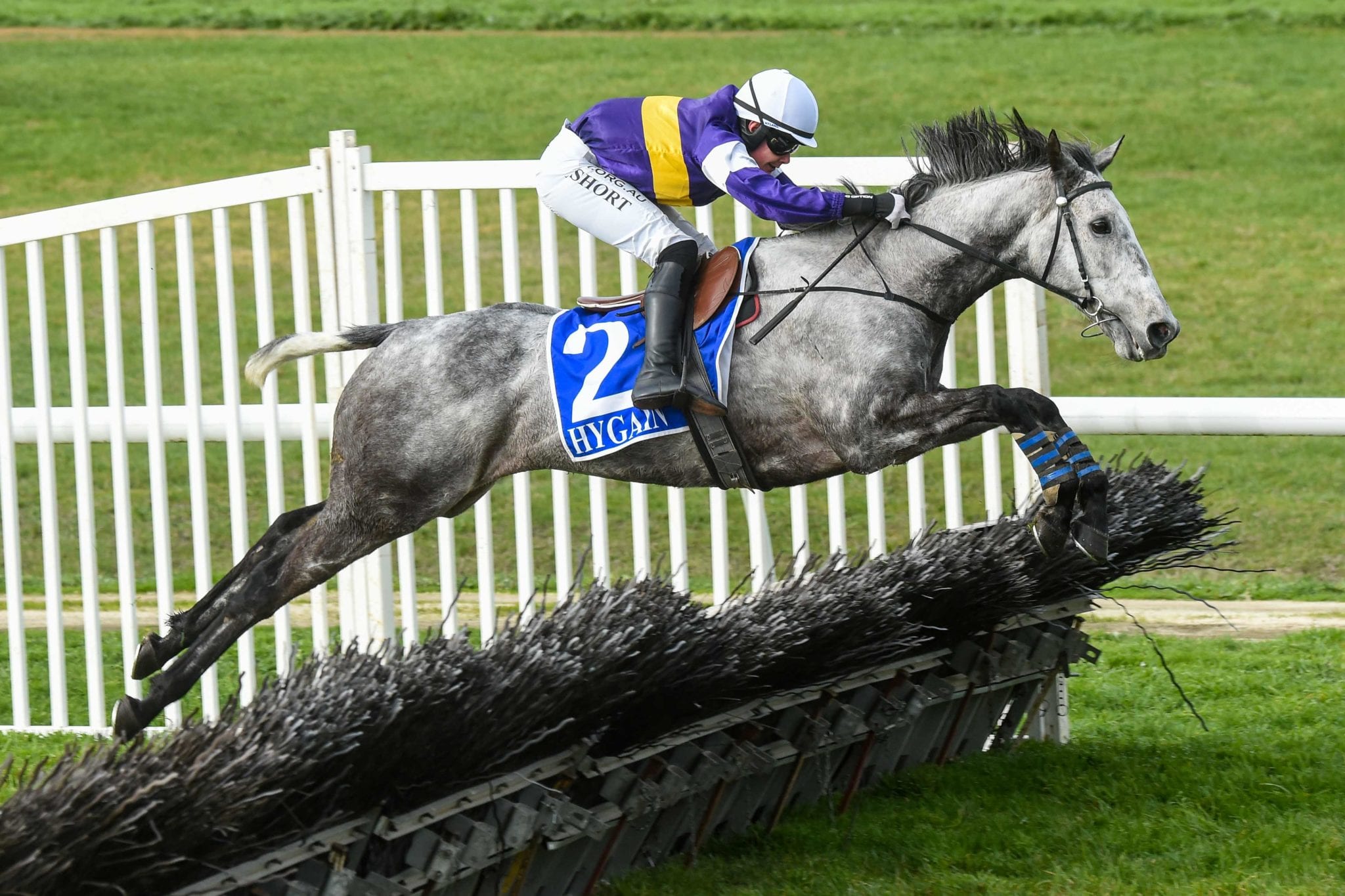 Woodsman recorded his second win across the Tasman on Saturday when comfortably winning his 3480m hurdle at Casterton by seven lengths and he is now being earmarked for a future steeplechase career. The eight-year-old gelding has been in the care of Warrnambool trainer Patrick Ryan Jr since March and part-owner and former trainer Tony Gillies is pleased he elected to send his pride and joy over when he did.

“We had always planned to send him over to Australia after his good runs last year,” Gillies said. “We didn’t know that COVID-19 was going to happen, but we were already there and as it turned out he has been in the right place as he has been able to race. “He is absolutely thriving over there.”

The son of Mastercraftsman won first-up in a 3230m hurdle at Warrnambool in March for Gillies before he was officially transferred to Ryan’s barn. “We were a bit lucky that they ran at a really good speed when he won first-up, so he didn’t get a chance to over-race,” Gillies said.

Woodsman subsequently finished unplaced in three runs before Saturday and Gillies said those races didn’t suit his charge and a change in riding tactics on Saturday benefited the gelding. “We were stoked with the win on Saturday. It is the first time he has been ridden properly really,” Gillies said. “His last run at Sandown the track was pretty wet but the boy (Ronan Short, jockey) fought him a lot of the time and consequently used up a bit of energy. “The plan was to let him run along like he does in New Zealand and he did exactly that on Saturday and we got a good result.”

Woodsman is likely to have just one more run in Australia before heading back to New Zealand in preparation for a potential Australian steeplechase campaign next year. “All going well he is going to line-up on Sunday in the Kevin Lafferty Hurdle (3200m) at Warrnambool,” Gillies said. “We are quite keen to give him a steeplechase while he is there, so he will trial somewhere and get his chase ticket so hopefully when we go back next year he’s qualified.”

Woodsman is the only horse Gillies is racing and he said it has been good having something to follow in Australia over the last couple of months, and his job at Te Akau has been filling the horse void in his absence. “I work at Te Akau in the mornings, so I am getting my horse fix through them,” Gillies said. “When he comes home he will spell and then we will do exactly what we did this year and go back so we can get up to Oakbank and races like that.”