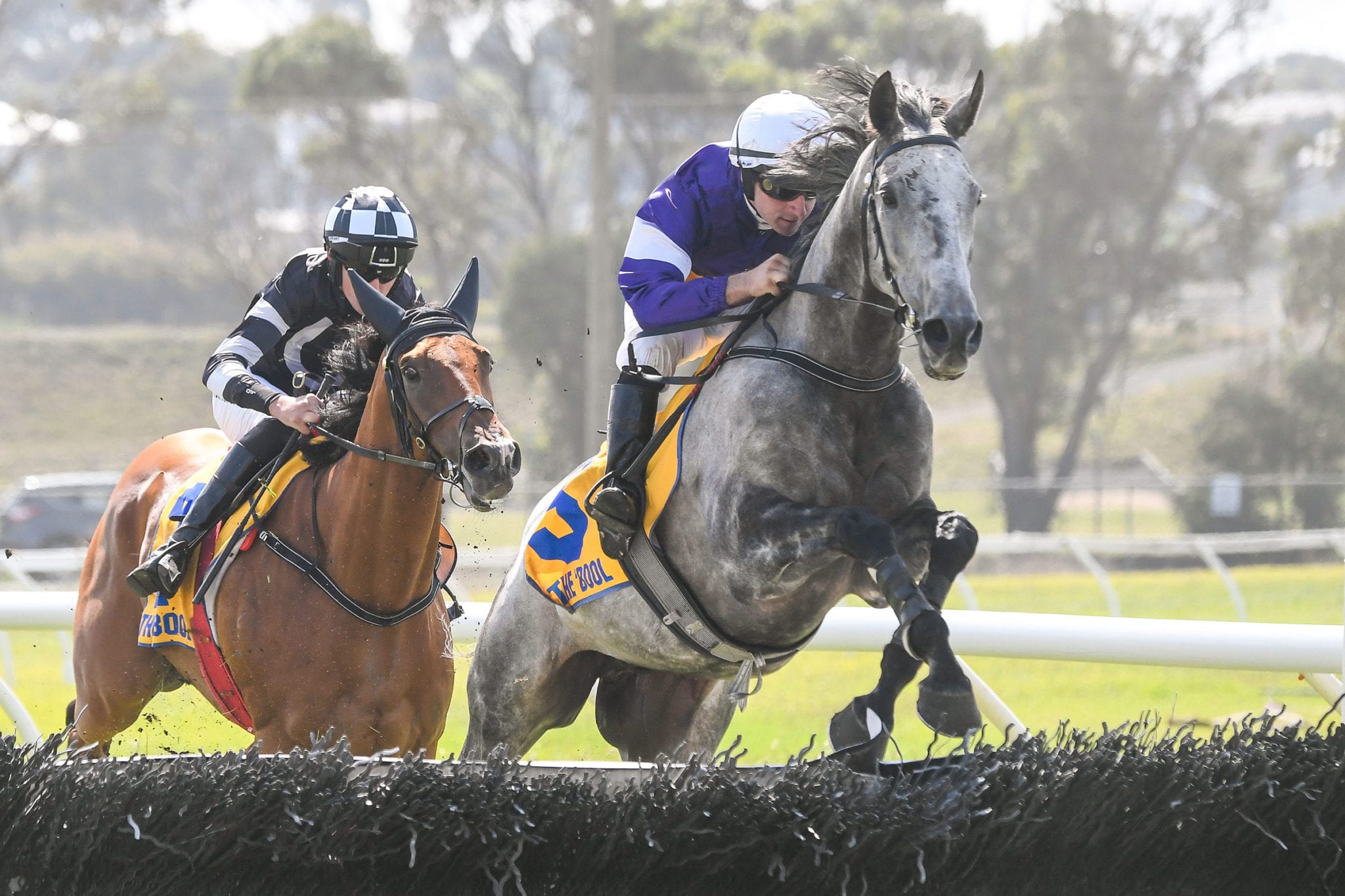 Matamata horseman Tony Gillies was delighted with the run of exciting jumping prospect Woodsman, who made a return to the flat to finish fifth in Sunday’s Terang Cup (2150m).

The dashing grey was having his first start for caretaker trainer Patrick Ryan, whom Gillies and wife Pam stayed with until their rushed return home to New Zealand due to the uncertainty of the Covid- 19 outbreak.

Woodsman had previously impressed when winning a BM120 Hurdle (3230m) at Warrnambool last month and the Terang outing was viewed as the perfect race to top off preparations for the A$135,000 Galleywood Hurdle (3200m) on a revamped all-jumping card at Warrnambool on May 5.

Sent out a $91 chance in Sunday’s contest, the eight-year-old looked poised to figure in the finish before finding progressive stayer Too Close The Sun too slick over the concluding stages. “He just got out-finished the last little bit,” Gillies said. “We were thrilled to bits. It wasn’t a bad run for a jumper.

“Billy Egan (jockey) was really happy, he started to get excited when he turned for home. He just kept chugging at his one speed and sort of got out finished. But as it turned out it was a pretty hot field, and he didn’t disgrace himself. “Patrick Ryan was happy with the horse and he has pulled up well. We’re onto the Galleywood now. It’s well worth running in.”

Gillies said the move back to flat rather than contesting the hurdle races on Sunday’s Pakenham program was also designed to avoid any further penalty ahead of the Galleywood. “We didn’t go to Pakenham yesterday and hopefully we’ll get in on the minimum in the Galleywood.”

Gillies confirmed that Thomas Sadler, who previously rode Woodsman to victory at Warrnambool would again take the mount in the Galleywood where a couple of Pakenham hurdle winners look to be key rivals. “Ancient King won well yesterday and he will be towards the top of the weights, while the up and comer is Runaway, who was a Geelong Cup (Group 3, 2400m) winner,” Gillies said. “There are other races for him leading through to the (Grand) National (Hurdle, 4200m) but it all depends on how he goes and how he pulls up.”

Meanwhile, the Gillies were pleased to make it home to Matamata at the beginning of April after their travelling holiday with Woodsman was cut short. “It was a bit of a battle to get home but we were lucky we were able to get back to Matamata to self-isolate,” Gillies said. “We’ve just been mucking around at home, I’ve done a few jobs and we’ve walked a few kilometres. “Once racing gets back, I’ll go back working for Te Akau in the mornings and I’m certainly looking forward to it.”