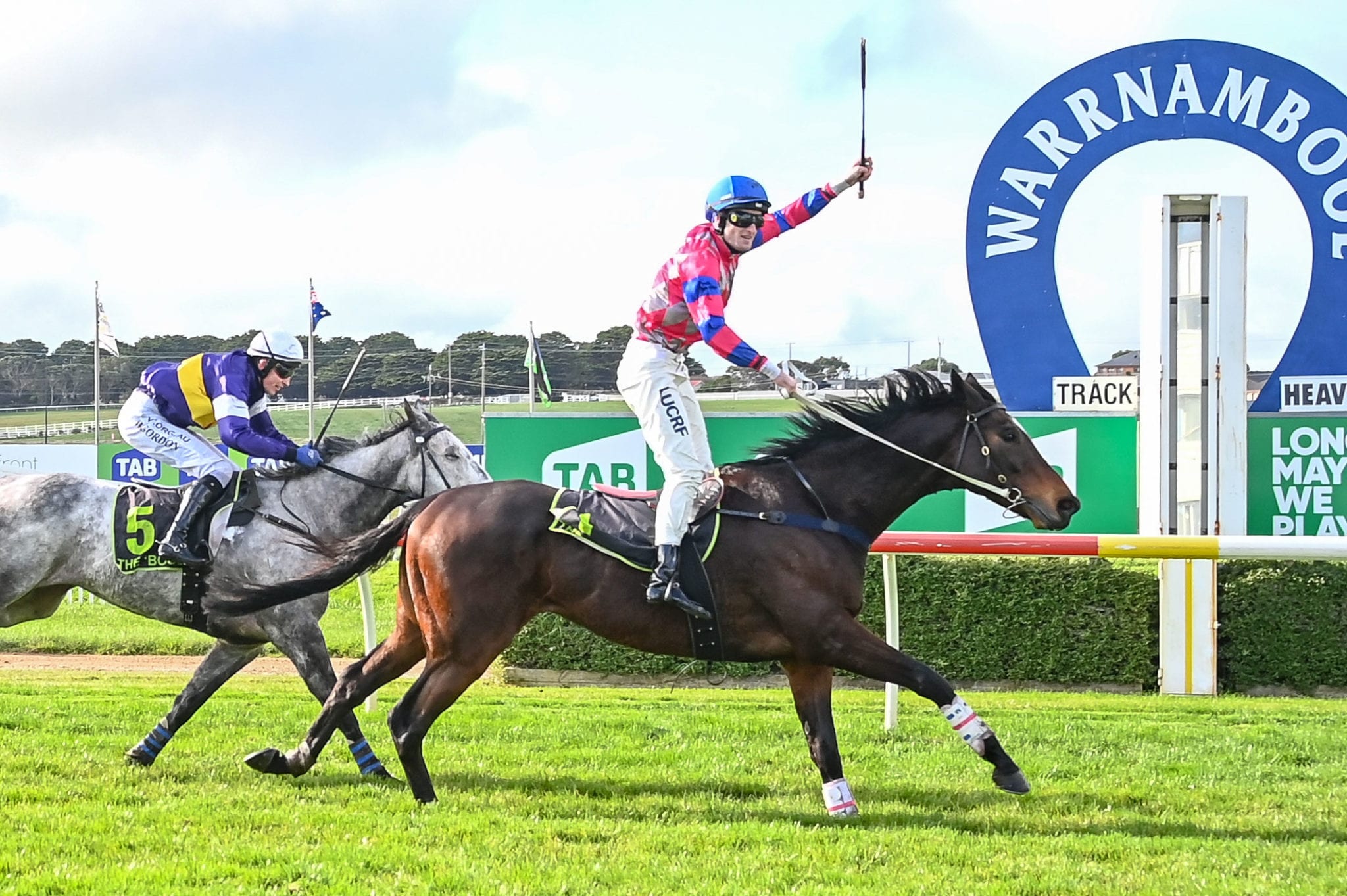 Former New Zealand-trained gallopers made an impact at Warrnambool on Sunday, headed by Gobstopper, who landed the feature race, the Kevin Lafferty Hurdle (3200m) with a hard-fought win over fellow Kiwi Woodsman. A brother to Group 1 winners Werther and Toffee Tongue, and Group 1 placed Milseain, Gobstopper has relished the switch to hurdling after the flat career of the Group 3 New Zealand Cup (3200m) winner plateaued.

Previously trained by Andrew Campbell, Gobstopper has won four races for Eric Musgrove and called upon his flat ability to get past Woodsman late in Sunday’s contest. It was the third feature hurdle win in succession for Gobstopper, who also took out the Australia Hurdle (3900m) and the Galleywood Hurdle (3200m).

“It was a good tough win, he gave his all,” Musgrove said. “The track was exceptionally heavy. He’s done a great job, he’s won the three major hurdles up to date for the year in Victoria and they’re all part of the J.J. Houlahan Jumps Championship for the Horse of the Year and at this stage he’d have to be real contender for it.”

Gobstopper will now likely head to the Brendan Drechsler Hurdle (3500m) at Pakenham on July 19 before the A$250,000 Grand National Hurdle (4200m) at Sandown a fortnight later. The master jumps trainer is pleased with the way Gobstopper is relaxing in his races and has no doubt he will cope with the 4200m of the Grand National. “As he’s got a little bit older, he’s relaxing in the run now and you can call on him when you want him and it’s terrific,” he said.

Gobstopper initially came to Australia in the care of Cambridge trainer and part-owner Andrew Campbell, who won last year’s Brendan Drechsler Hurdle. Musgrove made contact with Campbell when told the horse might be on the market, and was later asked if he would like to train the horse when Campbell was heading back to New Zealand. “Andrew had educated him and had done a great job with him,” Musgrove said.

Meanwhile, Musgrove also has a bit of time for Alamosa gelding Tiger Tim, who he sent out to win a maiden hurdle over 3200m on Sunday. “He was trained by Peter Gelagotis over here and he was owned by Peter Gillespie and Bill Gleeson in New Zealand and they said he had reached his mark on the flat,” Musgrove said.

“He stays and he likes wet ground so a few of us bought the horse and we got him ready to jump but he actually hit a tendon last year before he got going in a hurdle trial. “I put him away for the season and we’ve brought him back this year and his first run, he had only one run on the flat over a mile, but we went to Casterton and ran third first up.

Other winners on the program included former Shaune Ritchie-trained galloper Bee Tee Junior, with the Cambridge trainer still in the ownership of the now Rachael Cunningham trained jumper.

Flying Agent, a son of Raise the Flag who was originally trained by Brian and Shane Anderton, was a most impressive winner of a maiden Steeplechase for Ballarat trainer Amy McDonald. Like many of Victoria’s jumping fraternity, McDonald is a big fan of the progeny of Raise The Flag, to the extent she has sent a couple of mares to the White Robe Lodge stallion.