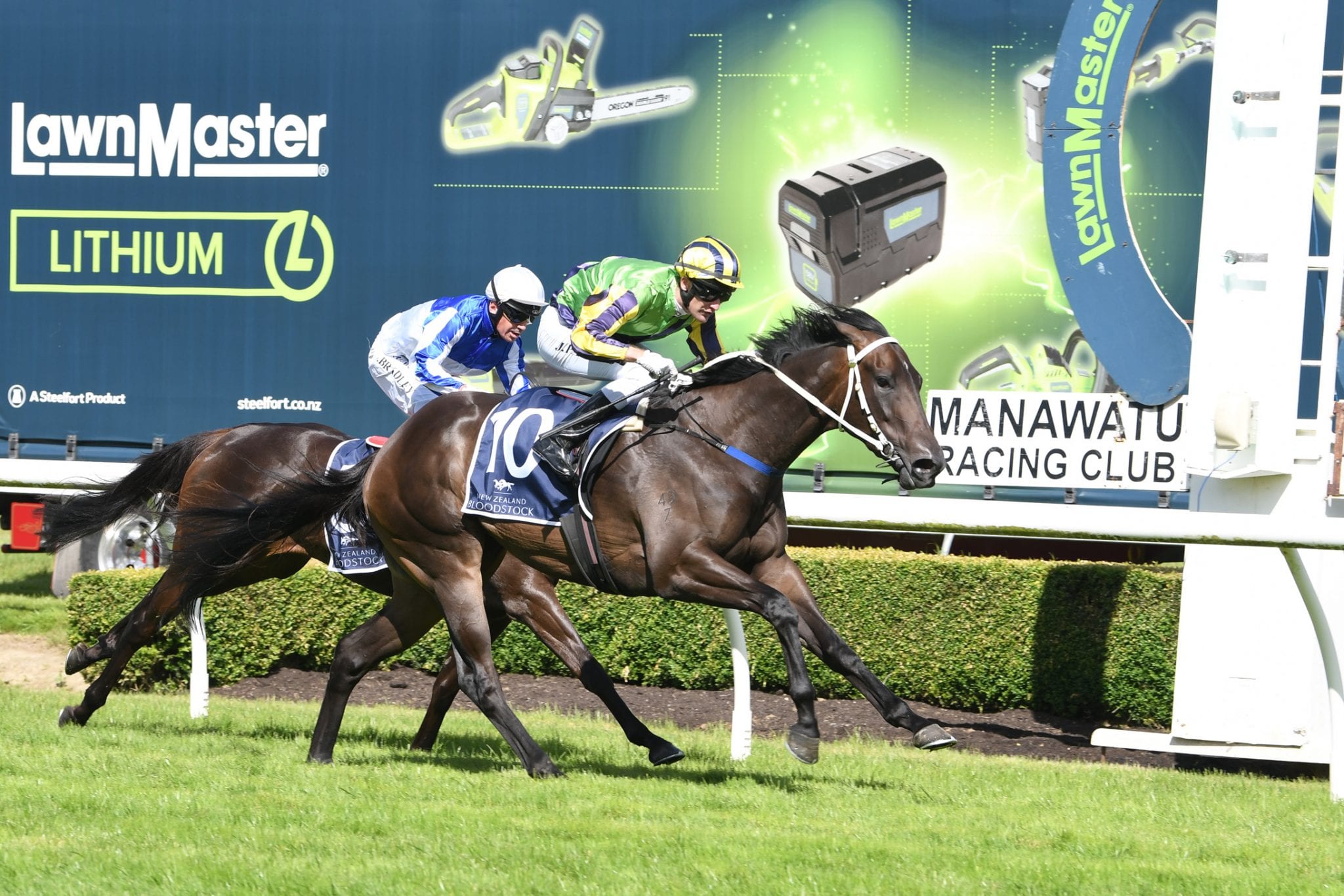 Lightly raced Cambridge visitor Whimsical showed she will be a force to be reckoned with in the upcoming age-group staying features when she produced a gritty performance to take out the Group 3 Lawnmaster Eulogy Stakes (1600m) at just her third start.

The Stephen Marsh-trained Savabeel filly had hinted she had plenty of ability when she easily accounted for her maiden rivals over 1400m at Te Rapa last month. Marsh had no hesitation in stepping the filly up to stakes company and was rewarded with a strong victory, courtesy of a heady ride by Johnathan Parkes.

The Central Districts rider positioned the long-striding filly outside pacemaker Love For All after she made a fast beginning from a wide barrier. Under vigorous riding Whimsical found the lead with 150m to run and drew away to win by three quarters of a length from Love For All with Signora Nera running on strongly for third.

“She’s a filly with a lot of potential who has just got better and better,” Marsh stable representative Todd Pollard said. “She showed plenty when she had her first trial at Ellerslie back in July and has just kept going up a level at each outing. “She is probably the biggest three-year-old filly we have in the stable and just looks like a stayer in the making so we did think the 1600m today would be right up her alley.

“She has New Zealand Oaks candidate written all over her so I would think she will be on a path to that now, especially as her win today was in a leg of the New Zealand Bloodstock Filly of the Year series. “Stephen hasn’t made any decisions about her next target but it could possibly be one of the series races during the Ellerslie Christmas Carnival.”

Pollard was referring to the Group 2 Jamieson Park Eight Carat Classic (1600m) at Ellerslie on Boxing Day and the Group 2 Valachi Downs Royal Stakes (2000m) on New Year’s Day. The two races are the fifth and sixth legs of the NZB Filly of the Year series which is currently led by Group 1 New Zealand 1000 Guineas (1600m) winner Kahma Lass on 15 points.

Whimsical earned six points for her victory which sees her tied in third position in the series behind Kahma Lass and Miss Tycoon Rose (7 points). Whimsical races in the familiar colours of well-known Wellington businessman Lib Petagna, who shares in her ownership with Dame Lowell Goddard.

Purchased for $240,000 by bloodstock agent Bruce Perry from the Little Avondale Stud draft during the 2019 Book 1 Yearling Sale at Karaka, Whimsical is out of the Redoute’s Choice mare Chanel’s Choice and hails from a family that includes Group 1 Coolmore Classic (1500m) winner Steps In Time and multiple Group 1 winners Vision And Power and Glamour Puss.