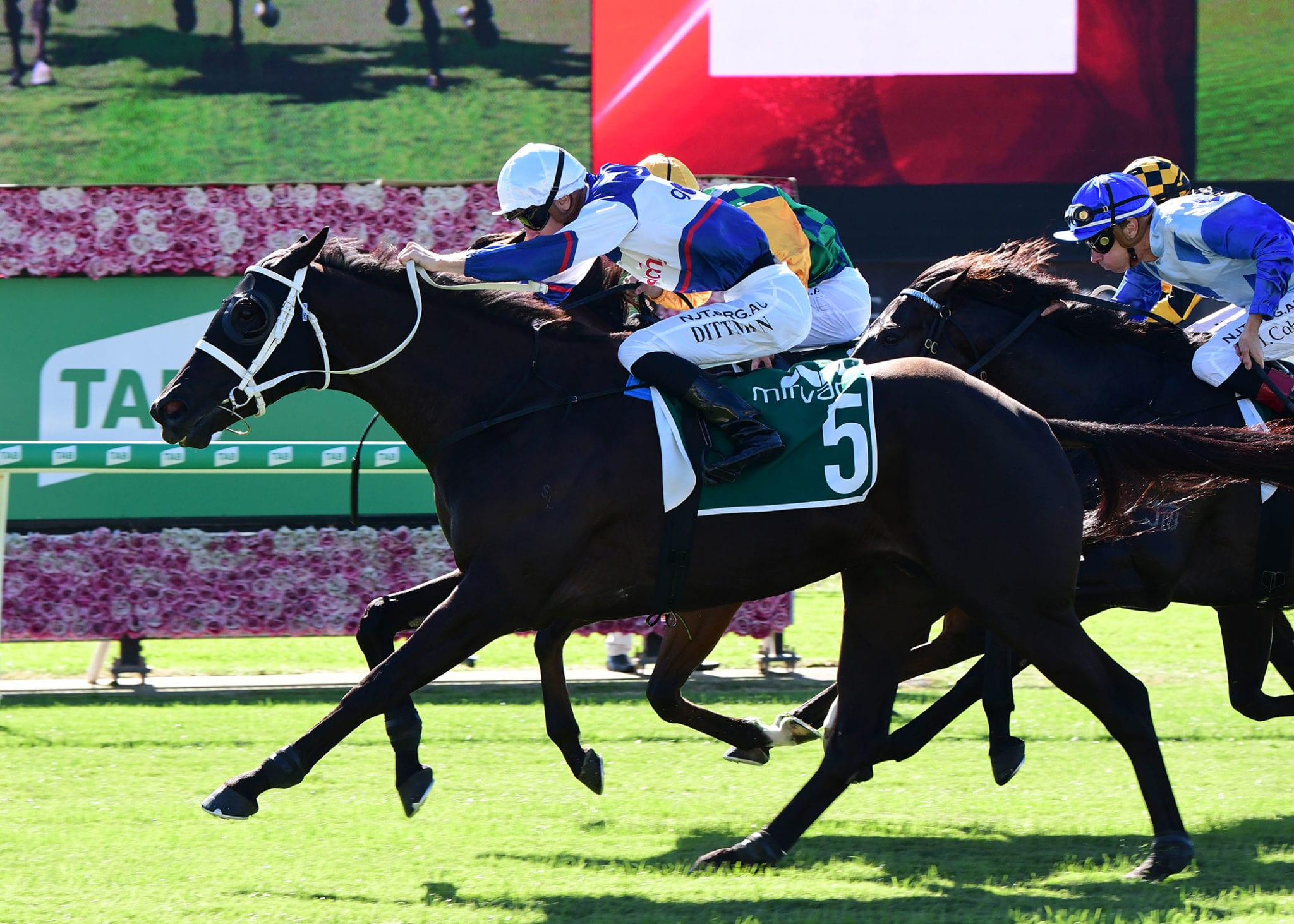 Savabeel gelding Stardome picked up his fourth winner’s cheque when successful at Eagle Farm on Saturday over 2200m. Stardome took good form into the race, having placed in his last two starts over 1400m and 1600m, however, Go Racing Syndication Manager Albert Bosma said the biggest concern was the big step-up in distance on Saturday. “It was a really good win, but he was stepping up from 1600m only 10 days ago,” Bosma said. “The only question mark we had was the jump from 1600m to 2200m, we would have preferred to go to 2000m.”

Stardome proved the concern was unwarranted, running away to a half-length victory despite having to do plenty of work throughout the race. “It was a good performance,” Bosma said of the Chris Waller-trained gelding. “We were going to go back and get some cover and he ended up having to do quite a lot of work early and around the top bend. “He had to have a little bit on them to win today after that early run.”

Bosma purchased Stardome out of Haunui Farm’s 2017 New Zealand Bloodstock Premier Yearling Sale draft for $135,000 and he was always earmarked to head across the Tasman. Bred by Richard Moore of Soliloquy Lodge, Stardome is out of a half-sister to Group 2 Brisbane Cup (2400m) winner Floria and did his initial education with Richard Yuill in New Zealand, for whom he had a couple of trials.

“He was a very athletic horse and was a little bit bigger than average,” Bosma said. “We thought he looked like a really good staying horse and we thought he would be a Derby horse. “This time last year we were getting him ready for the Queensland Derby (Group 1, 2400m). He ran really well at Randwick leading up to the Derby then had one flat run, so we ended up turning him out. “He might have been a bit immature to get the 2400m last year, but he certainly looks like he will get it now.”

All of Go Racing’s Australian-bound purchases undergo their initial education in New Zealand, which Bosma said can’t be beaten for horsemanship and cost. “With all the horses we buy for Australia, they do all their education here,” he said. “They are here for about 12 months. They get broken in, educated, and they will trial here before going over. “Depending on whether we think they need more education, they might stay a little bit longer. “Having them here for that time is great because the horsemanship here is so good and the costs are lower. It means you are getting to the point of a racing preparation by the time they go over.”

Bosma is looking forward to Stardome continuing his Queensland winter preparation and he is hopeful the rising five-year-old will be up to stakes company in his next preparation. “He really likes good tracks and that is part of the reason why we sent him up to Queensland for this preparation,” Bosma said. “He tends to like the tempo on in races, which happens in Queensland and at this time of year you have got good tracks as well.

“We think he will go over more ground and he will work through the grades. There is an identical race in two weeks time at Eagle Farm, a rating80 2200m. “That will be his logical next step. This preparation we will be getting him up to that mile and a half distance and putting as much money in the bank as possible. “In his next preparation he is hopefully up to that open-class and black-type level.”

Go Racing were also represented by Reliable Man three-year-old Man of Sinn at Eagle Farm on Saturday, with the grey gelding finding the line well for fourth in the Group 3 Rough Habit Plate (2200m) won by Ballistic Boy.