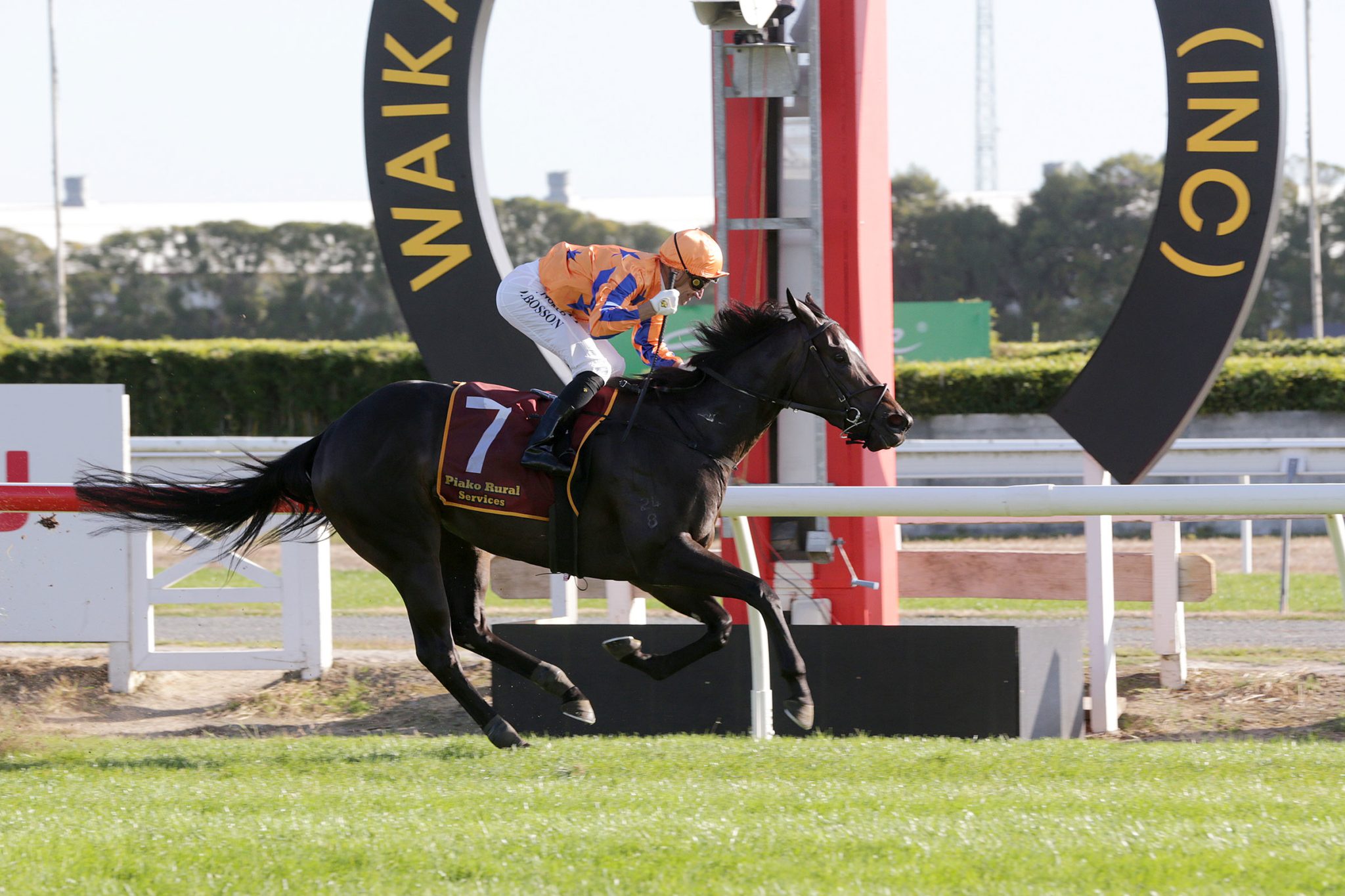 The Mark Walker-trained daughter of I Am Invincible was given a gun ride by Opie Bosson as he made use of her inside barrier to trail leader One Dream One Soul before moving off the rail to issue a challenge three wide on the home corner.

Allowed to balance up and find her feet, the filly blazed to the front at the 300m and she ran away from multiple Group One winner Coventina Bay to win easing down by five lengths with Two Illicit snatching third off Dragon Queen on the line.

Walker, who took over the reins at Te Akau Racing with the departure of Jamie Richards to Hong Kong, has now picked up two Group One wins in the space of a fortnight after success with two-year-old filly Maven Belle in the Group 1 Manawatu Sires’ Produce Stakes (1400m) at Awapuni

“She’s a high-class filly and from her first start as a two-year-old you could see how good she was going to be,” Walker said.

“She is just getting more mature and Opie took bad luck out of the equation when he popped off the fence and went three wide.

“He knew what he had underneath him as he has ridden horses like this all of his life and he knows what to do on the big days.”

Walker doesn’t have any set plans for the filly but will take into consideration how she pulls up from the run before making any further decisions.

“We will see how she eats over the weekend and we trot up every horse who races on the weekend on a Monday,” he said.

“We’ll have a good think about what happens next, but she did go to Riccarton in the spring, so maybe a break is in order.

“We have got a few going to Brisbane but we will just have a think about it after what we see on Monday.”

Connections of Imperatriz could also potentially target the Group 1 Empire Rose Stakes (1600m) at Flemington in spring, where an AUD$1 million bonus is now in play.

The New Zealand Thoroughbred Breeders’ Stakes is one of 12 black-type races whereby the winner is eligible for the seven-figure bonus should they go on to win the Flemington fillies and mares feature.

The New Zealand Thoroughbred Breeders’ Stakes was the one domestic Group One race champion jockey Opie Bosson hadn’t won but he made all the right moves aboard Imperatriz to record the 87th elite-level win of his career.

“We went out with an open mind and if I lead, I lead, but they were going quick enough that I could take a sit,” Bosson said.

“I was pleased that I could get off the fence when I could, although I did wonder if I had gone too soon, but I had a lot of lower rated horses in front of me and wanted to clear them as soon as I could.

“I had a lapful of horse and I think she could even get further as she relaxes so well and will get even stronger as she gets older.”

As well as his domestic tally, Bosson has won a further 10 Group Ones in Australia.