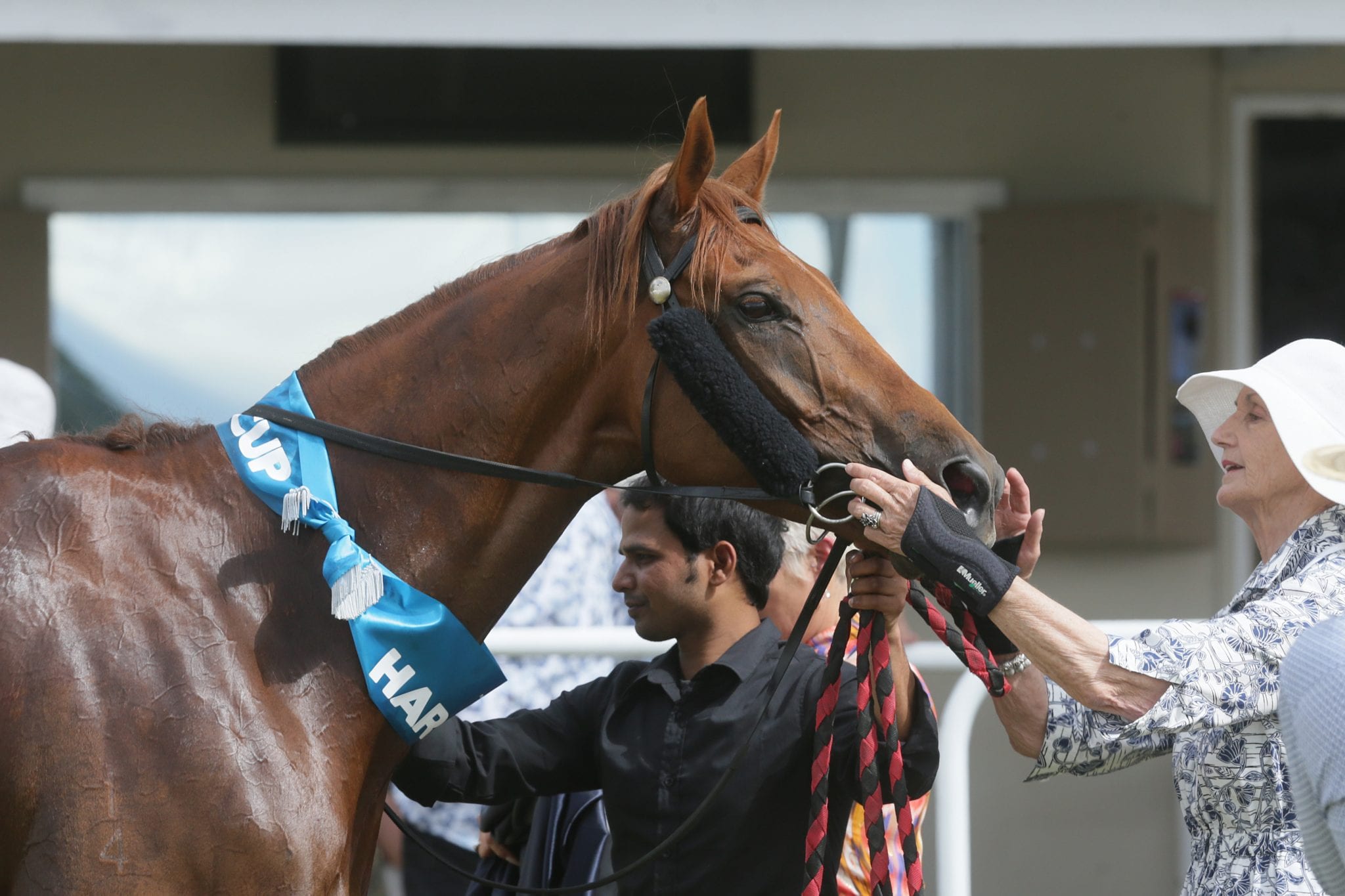 Owner Joan Egan is having a week to remember. On Boxing Day she won the Group 1 Zabeel Classic (2000m) at Ellerslie with Concert Hall, and on Wednesday the Graeme and Debbie Rogerson-trained Beauden won the Taupo Cup (2000m) emphatically in front of a bumper crowd.

The son of Bullbars began well from barrier six for jockey Ryan Elliot to settle outside early pacemaker Mongolianconqueror. Elliot let his charge loose at the 600m mark and he quickly opened up several lengths over his rivals and didn’t relinquish his advantage, posting a comfortable four length victory.

While the race and track doesn’t carry the same prestige as her earlier victory, the win was enjoyable nonetheless for Egan, and now Beauden will attempt to make it back-to-back wins in the Listed Marton Cup (2200m) at Awapuni next month.

“Ryan said he just wanted to be there, even with the 62kg. He said he came down the hill and he wanted to run, so he let him run,” Graeme Rogerson said. “I will ring Joan in a couple of days and we may head to the Marton Cup. He has won a lot of races at Awapuni. “There are some nice races for him, he is certainly an Auckland Cup (Group 1, 3200m) horse. He is a good horse when he is right.”

It was Beauden’s second run this preparation and Rogerson has been pleased with the way he has returned following his break after a substandard run in the Group 1 Livamol Classic (2040m) in October. “He didn’t run home in the Livamol Classic, so we ran a blood and his white cells were high, so we turned him out and started again,” Rogerson said. “We got him back and everyone saw the real Beauden today.”

Team Rogerson were also victorious earlier on the card with Our Wonderland. “He had a heart irregularity last time in,” Rogerson said. “He did beat one of the Rich Hill Mile horses (Pierina) at the trials the other day, and he raced accordingly.”

Looking towards Ellerslie on New Year’s Day, Rogerson is excited about the prospects of Edge Of Wonder in the Group 2 SkyCity Auckland Guineas (1600m). “I think he is a genuine Derby horse,” Rogerson said. “He was a late foal and is coming to it all the time. “He may run in the Karaka Million yet, we will just play it by ear.”

Rogerson will be vying for more stakes glory in the Group 2 Valachi Downs Royal Stakes (2000m) with Arancia and Ezdara. “Arancia is a lovely filly, but she has just got to put it all together, and Ezdara is a nice staying filly in the making. She has got a lot of ability.”