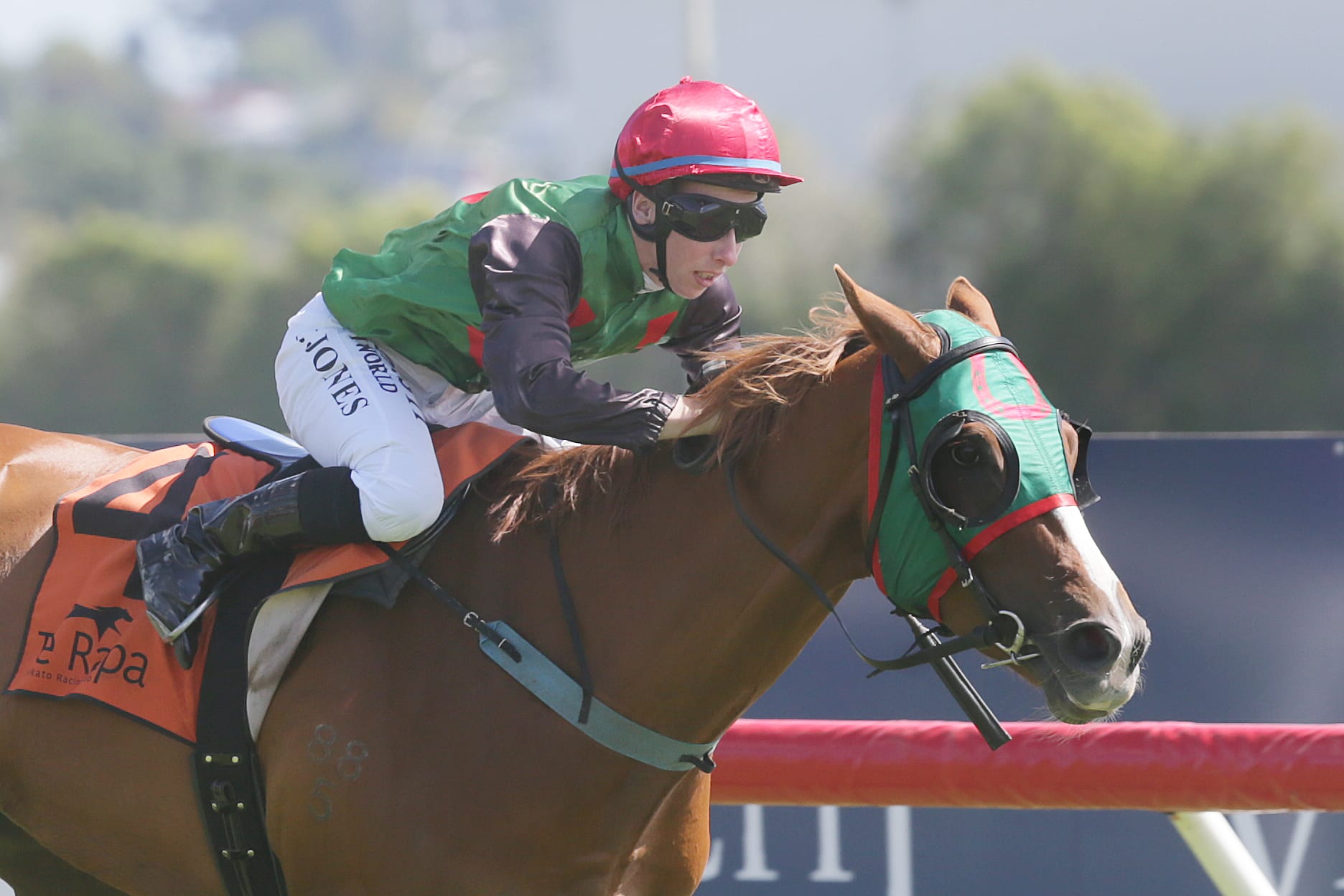 Twenty-four hours on from the biggest win in his fledgling career, apprentice jockey Callum Jones is still having trouble coming to terms with his achievement. The eighteen-year-old, in his first full season of riding, pulled off a daring mid-race move on the Bill Pomare-trained Ocean Billy in Saturday’s Group 3 SKYCITY Hamilton Waikato Cup (2400m) that saw the pair stride clear of the field with 800m to run before holding on strongly for a well-deserved victory.

During the immediate aftermath of the victory, Jones was the first to admit he was struggling with the realisation that he had won his first major race and on Sunday morning was still shaking his head. “As we were pulling up after the race I couldn’t really believe that I had won it,” Jones said. “It was such a different feeling as it was my first ride in a stakes race and I managed to get the win. “I think even now it’s still only just sinking in.”

What made the win even more remarkable was the calm decision that Jones made during the race to switch to Plan B with the horse after the early stages of the contest didn’t pan out as expected. “My instructions were to jump and lead as softly as possible and to try and get going at the 800m,” he said.

“It didn’t go that way so I sat back early on as I knew he couldn’t do it at both ends. “He travelled really well and when I did put him in the race, he responded really well for me. I know Bill Pomare gets his horses hard and fit and this guy is a real tough bugger. “When he started to come up underneath me, I knew he was going to fight hard and he just kept going right to the line.”

Jones’ ride on Ocean Billy wasn’t the first time he had stolen a race from in front as just two days earlier he adopted similar tactics on the Stephen Ralph-trained Cassio who led all the way to win the last race at Ellerslie on Thursday evening.

“I’ve ridden him (Cassio) before and that’s the way he likes to race,” Jones said. “I was really pleased to get the win for Stephen as he has been good at giving me rides. “His son works at the stable with us, that’s how I got the ride to start off, so it was nice to be able to pay that back.”

Apprenticed to Pukekohe trainer Nigel Tiley, Jones made an electric start to his career, riding a winning double for his boss on his first official raceday back in June, but has found the going a little tougher of late. “I think the biggest thing I’m finding is how different it is riding in the summer as opposed to the winter,” he said.

“My claim doesn’t really give me the advantage in the summer as it does in the winter. “The riding is a lot tighter than it is in winter and every length counts. In the winter you can perhaps get away with being a little sloppy but not at this time of the year. “My main goal is to really tighten up with my riding and my style so I can compete at this time of the year.

“If I can do that, I can get another winter under my belt and then be better prepared for this time of the year in twelve months. Luckily enough I’m a natural lightweight as I can walk around 49kgs and still eat normally so that will be a big help as well.”

Enjoying the luxury of having Sunday off work, Jones is looking forward to getting back to the stable on Monday where he will discuss his weekend efforts with Tiley.

“Nigel is really good at helping me with my riding,” he said. “We sit down every couple of days to discuss the rides I have had and he points out a few things for me to work on “I also get to work with Noel Harris at apprentice school every fortnight so I have some really great people helping me out.”