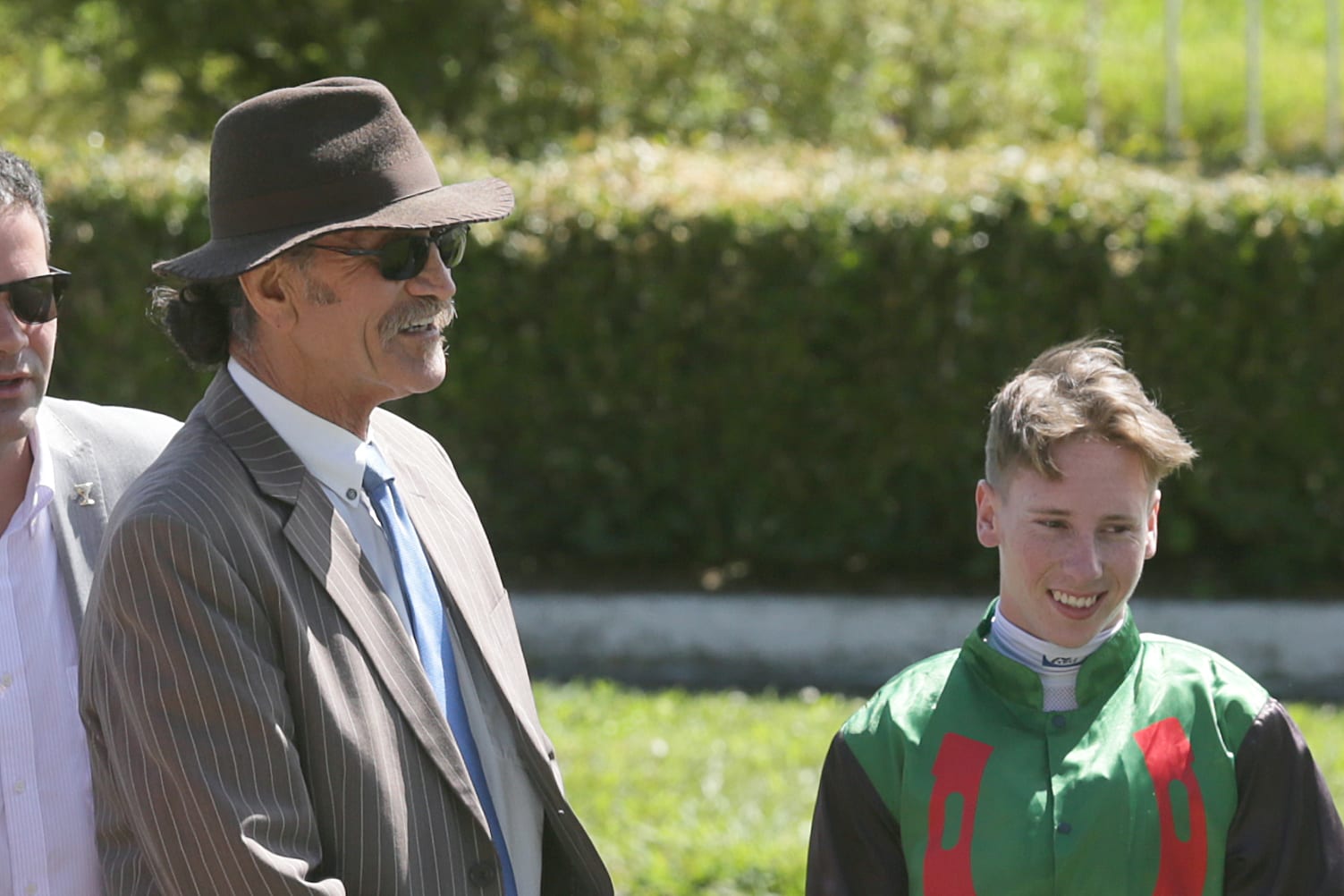 A career highlight at Te Rapa on Saturday might have put a further delay on retirement plans for owner-breeder-trainer Bill Pomare. After more than three decades in the industry, the Rotorua horseman celebrated his biggest win when Ocean Billy triumphed in the Group 3 Skycity Hamilton Waikato Cup (2400m).

“We’re pretty much on the cusp of retirement, but I’ve been saying that for a few years now,” Pomare said. “You know how it is in racing – you keep saying you’re going to call it a day, but then another good horse comes along.

“Ocean Billy is definitely a good horse. What he did at Te Rapa on Saturday was super. It was a real thrill. I’d placed in Group races before, but I’d never won one, so that was very special. “My horses all come from the same family, and it’s always been a real sprinting family, so it was amazing that the biggest win came in a staying race. And he’s a real staying horse, too – I think he can run a strong two miles.

“His mother Cool Storm won over 1000m and also won a (Listed) Newmarket Handicap over 1200, but anything further than that was beyond her. Her dam’s wins came from 800m to 1600m, and then the next dam was an out-and-out sprinter as well. “It just goes to show you that there are no rules when it comes to breeding horses.”

Pomare has now won more than 80 races with horses from this single family, which traces back to a mare he bought by chance in the late 1980s. “I went along to an auction with a friend, just as a passenger,” he recalled. “Another friend of ours was selling a horse there, so I thought we were just going along to watch. I later found out that there was a plan for us to go halves on that horse, but the bidding went up to $40,000, which was a lot of money in those days and it was out of our range.

“I was just flicking through the catalogue while I was there, and I happened to see this mare Flying Beau – by Beaufort Sea out of Flying Idyll. My wife at the time, who has since passed away, used to ride Flying Idyll in trackwork for Grant Searle. I remembered she’d told me she was a beautiful horse and a real favourite of hers.

“So that’s how it all started for me. Flying Beau placed in the Matamata Breeders’ Stakes (1200m), but she had some knee issues and we never really saw the best of her on the track. Once she retired from racing, I thought, ‘Well, I’d better get into the breeding game.’ The rest is history. All of the horses we’ve bred and raced since then have descended from her. There have been some good ones along the way, and some bad ones, but we’ve got a lot of enjoyment out of it.”

After initially having his horses stabled with Ken Thompson, Pomare took out his own training licence in the 1995-96 season. “My wife asked me one day, ‘Why don’t you do the training yourself?’ and I decided to give it a go,” he said. “Since then I’ve just pottered along, made a few mistakes along the way and hopefully learned from them.

“Ocean Billy’s granddam Flying Free, she probably should have won a Group 1 race. She was very good from the start, winning all of her first three races, and I just kept lining her up. She kept winning until she ran into Sunline – no shame in that, I suppose. “But if I trained her today, I probably would have just given her two starts, then targeted a Group One either late in her two-year-old season or as an early three-year-old. I’m sure she could have won one. “But she’s been a great broodmare for us. She’s given us Cool Storm, Rich Billie Marsh and Fastnfree.

“Fastnfree was very smart but a real handful, she always kept us on our toes, and her daughter Call Me Evie is the same. “Now we’re hoping that Fastnfree line will be a good one as well. Call Me Evie is her first foal, and her second foal Fast and Super has recently won in Malaysia, so that’s a very promising start.”

While Ocean Billy might have put thoughts of full retirement on to the backburner for now, Pomare has started to scale back the breeding side of things. “Once I decided I would move away from the breeding, I leased a few of my mares to Novara Park,” he said.

“On the training side of things, I’ve got five horses in work at the moment. As well as Ocean Billy, Donna Anne Billy and Call Me Evie, there’s also Jakkalberry half-siblings to Call Me Evie and Donna Anne Billy. Plus we have a couple of nice Sweynesse fillies that’ll be broken in early next year.”