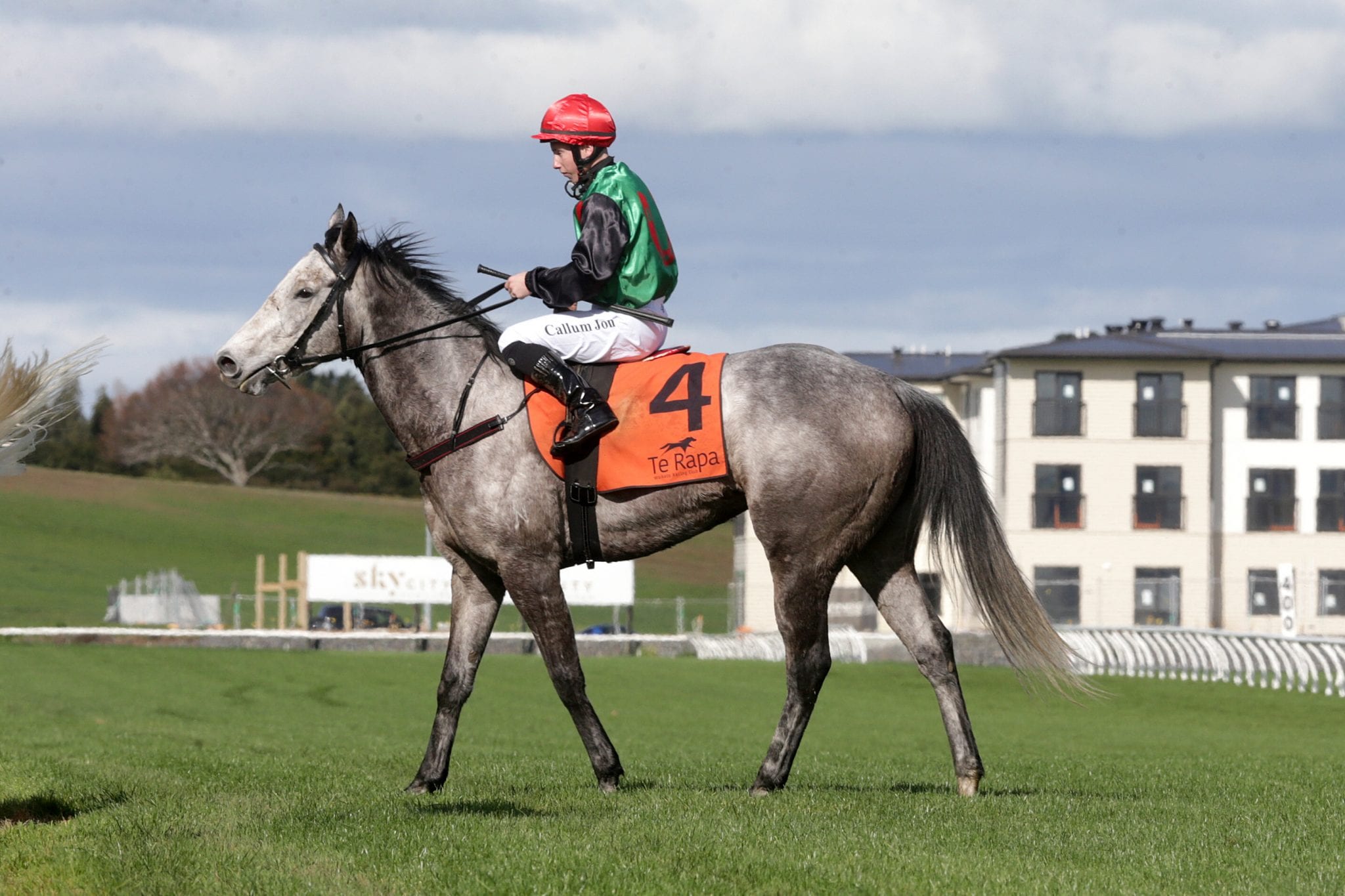 Consistent mare Call Me Evie rewarded some inspired late support from punters when she overcame a wide run in transit to take out a rating 65 1100m contest at Te Rapa on Saturday. The Bill Pomare-trained four-year-old came in for some sustained backing in the final minutes before the race, halving her $8 quote with bookmakers to start a $4 favourite off the back of an impressive 1000m trial win on her home track at Rotorua last month.

Punters had their hearts in their mouths early on when the grey Battle Paint mare was a clear last after missing the start for apprentice Callum Jones. Jones didn’t panic and let his charge ease forward and although posted four wide, she travelled sweetly approaching the home corner. Jones drove the mare to the front entering the home straight where she maintained a strong gallop to comfortably hold out a late challenge by Lady Lira who had tracked her throughout.

Pomare had been confident of a good run from the headstrong mare who had been at her rambunctious best prior to the start. “I think I would rather have had a wrestle with Mike Tyson before the race than her as she just dragged me around, she was that keen to get on the track,” Pomare said. “I think If I wasn’t reasonably fit, I wouldn’t be able to lead her up as from the minute she gets a saddle on she takes a lot of energy out of you. “She’s just a super tough horse.”

Pomare was delighted with the effort from his charge and by the ride from Jones who kept his cool after things didn’t go right at the start. “He has got such good balance that young fella (Jones) and it was a good ride as he didn’t panic,” he said. “She went so smoothly around them and in the straight she started to switch off when she got the lead as she was doing it quite easy with her ears pricked.”

Bred and part-owned by Pomare, Call Me Evie is out of the seven-race winner Fastnfree and is a granddaughter of Listed Rotorua Stakes (1200m) winner Flying Free. Despite her current penchant for sprint distances Pomare believes she has what it takes to make her name over longer distances in the future.

“She will go on any type of ground however she is not the biggest horse going around,” he said. “She can settle in her races so I think the way she relaxes she will be suited to going over more ground. “She just won’t lay down and her trackwork rider has told me that he thinks she has huge potential. “The grey horses in this family have all gone super so there’s plenty to look forward to.”