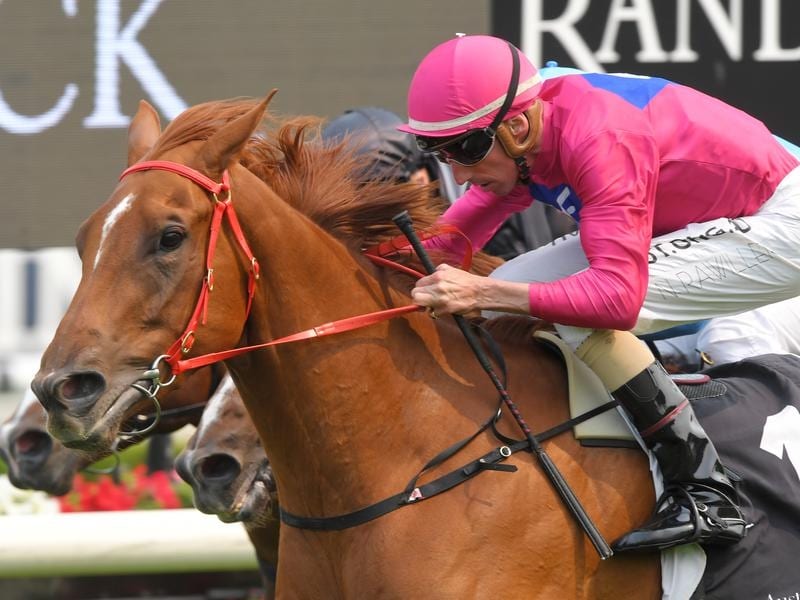 Joe Pride is prepared to keep an open mind with Superium as he tries to get a better gauge on the horse’s capabilities during the winter.

A three-time winner over 1100m, Superium will resume over that distance in the Iron Jack Handicap at Rosehill on Saturday after two promising barrier trials.

While Pride believes sprinting is the horse’s forte, his owner is adamant he will be better over further, and the trainer is happy to put that theory to the test.

“We agree to disagree at this stage, me and the owner. I think he’s a dead-set sprinter and the owner has always thought he could get over a bit of ground,” Pride said.

“We’ll find out this preparation I think.”

The class runner in Saturday’s field, Superium was first past the post in the Up And Coming Stakes last spring, only to lose the race in the stewards’ room.

He has a pattern of racing well fresh and while he is untested on heavy ground, Pride expects him to relish it.

“I think he’ll love it given how he’s been trialling on it and a bit of work on it,” Pride said.

Stablemate Threeood is on target to back-up from a second to Blazing Miss last weekend as Pride looks to capitalise on her vein of form.

After breaking her maiden at start No.15, she has gone on to record a win and two city placings in three subsequent runs and Pride has learned from past experience it can be better to press on with in-form mares.

“She is in a real purple patch at the moment so we’ll just continue to race her,” he said.

“What I’ve noticed with a lot of these kind of mares, you quite often only get one big prep out of them so you don’t want to end that prematurely by putting them away thinking they’re going to be even better again next time.”