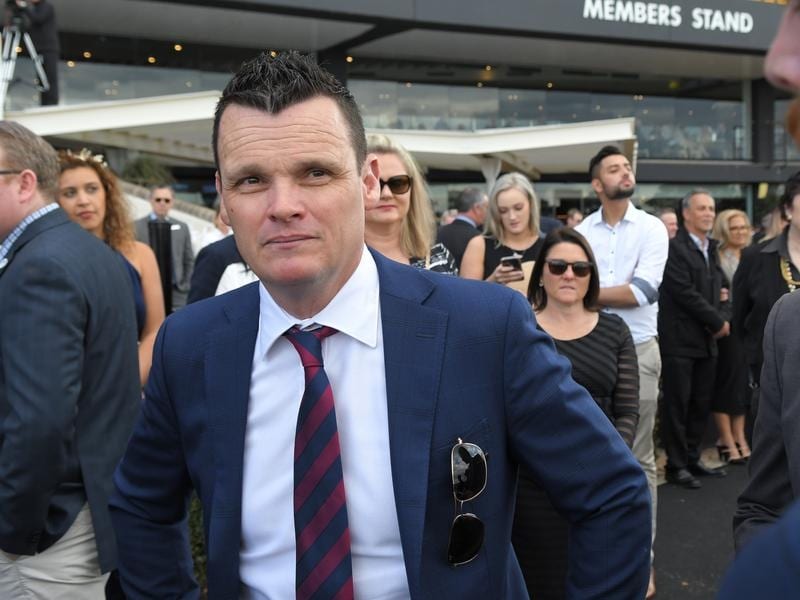 A filly whose yearling X-rays almost condemned her to life as a broodmare will chase her third career win at Randwick, a track which also holds family significance.

The Joe Pride-trained De Grawin has defied veterinary experts to make a bid as a racehorse and the results, so far, have been fruitful.

“She didn’t go through the sales because she had a serious X-ray issue, which has never bothered her by the way,” Pride said.

“Matt Vella does all my breaking in and pre-training. He wanted to get her broken-in, he thought it would make her easier to handle as a broodmare because he thought she’d never race.”

De Grawin showed enough for Vella, also a licensed trainer, to suggest she be given a racing preparation.

She had two runs for the Hawkesbury trainer for two placings, earning a stable move to town.

De Grawin is unbeaten in two subsequent runs for Pride and will attempt to extend that sequence in the Grunt Standing At Yulong Handicap (1100m) at Randwick on Saturday.

The filly is from a family familiar to her trainer being out of De Lightning Ridge, who was prepared by Pride when she set a Randwick 1000m track record in the 2010 Challenge Stakes.

It took grand campaigner Redzel to break the mark winning the corresponding race eight years later and Pride still regards De Lightning Ridge as one of his fastest horses.

“Over 1000 metres, I’d probably have to say yes because of her record that day,” Pride said.

“Horses like Terravista and Ball Of Muscle are pretty hard to go past and she wasn’t better than them, but that day, I’m not sure they would have beaten her.”

De Grawin bears little similarity to her dam, physically or in temperament, but there is one trait Pride sees in both horses.

“She doesn’t remind me much of mum other than having a nice amount of ability,” Pride said.

De Grawin could be joined at Randwick by stablemates Superium and Threeood.

Pride is not sold on sending Superium around on another heavy track but says he is a live chance if conditions improve.

Threeood was the centre of controversy as a beaten favourite last start when James McDonald was issued a running and handling charge over his ride.

Pride has no issues with the jockey’s effort, nor with Threeood who has given him no reason to send her to the paddock.

“She seemed to have come through it well so hopefully she can bounce back,” Pride said.