Spring in steps of star gallopers 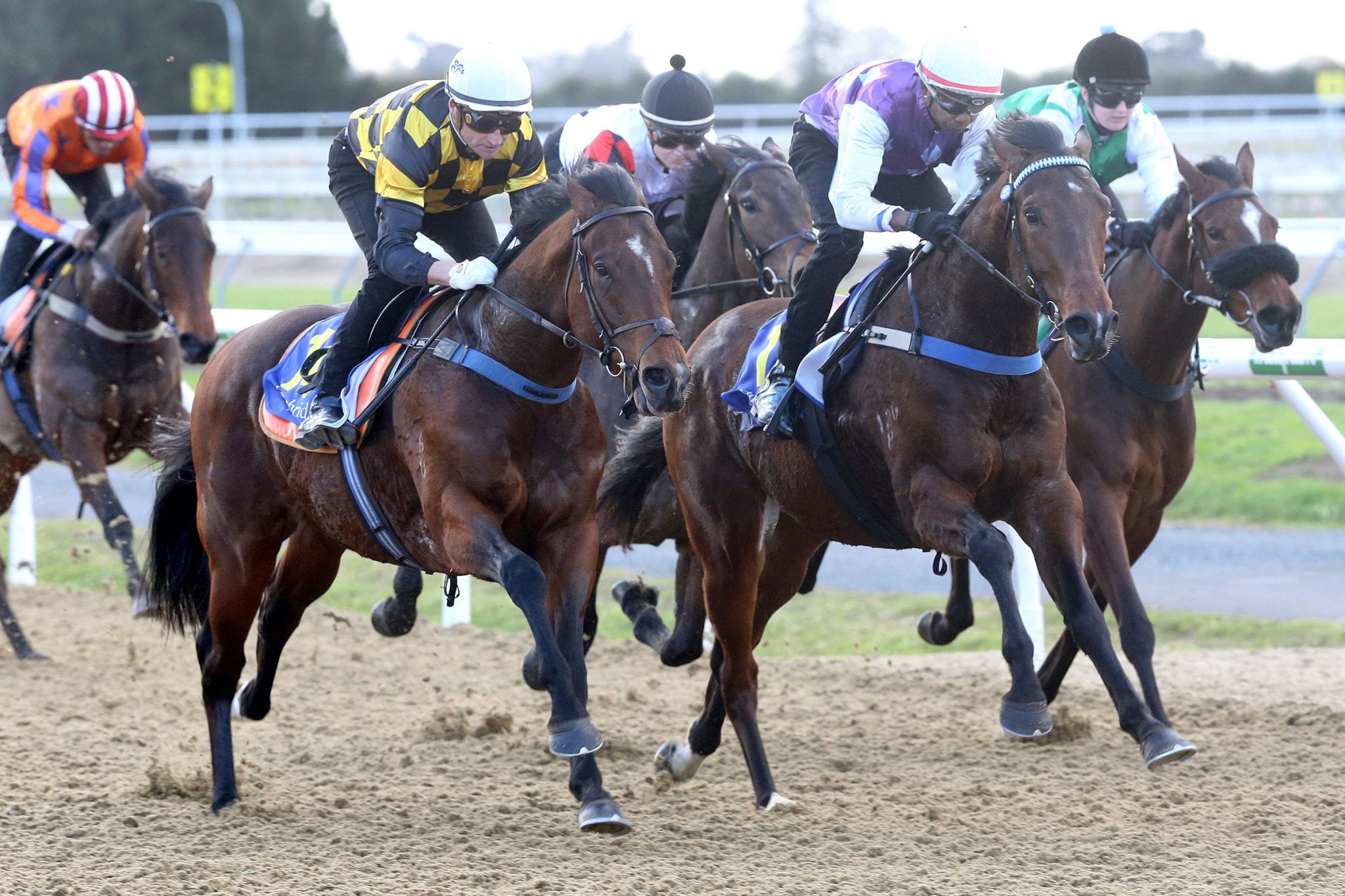 Group One targets await stablemates Probabeel and Sword Of State in Australia later this year and they took their first serious steps this afternoon toward spring goals with trial outings on the all-weather track at Cambridge.

Trainer Jamie Richards was well-represented during the day with crack mare Avantage also in action and she will be chasing elite level titles at home while Entriviere is likely to campaign in Sydney.

Probabeel settled in a handy spot off the fence in her open 800m heat and she wasn’t pressured by rider Opie Bosson to hold her ground in the run home to finish third behind the Stephen McKee-trained O’Charm.

“Probabeel is a bit lazy and doesn’t often trial that well and it was probably a bit the same today,” Richards said. “She saves her best for race day and that will bring her on. She’ll trial again and then go to Melbourne.”

Her first-up assignment has yet to be confirmed, but the Group 1 Memsie Stakes (1400m) on August 28 is in the mix.

Sword Of State sat in behind the pace in his 800m heat before peeling four wide at the top of the straight and was allowed to run home under his own steam by Bosson to finish a close second.

“He trialled well and did everything nicely, he’s a good-doing colt and a chance to go straight to Sydney,” Richards said.

Sword Of State has won four of his five starts and following his victory in the Group 1 Sistema Stakes (1200m) at Ellerslie, future standing rights in the son of Snitzel were secured by Cambridge Stud.

Richards lined up six runners in another of the open 800m heats, which was won by Clinton Isdale’s Bring It On with Te Akau’s Entriviere arriving late for second and Avantage was third.

“Entriviere always trials with a fair bit of purpose. It was a nice trial and she’ll probably go to Sydney and make use of her handicap rating, we’ll stay away from the weight-for-age stuff,” Richards said.

“Avantage also trialled well and she’ll trial again and then have an exhibition before she runs first-up in the Group 2 Foxbridge Plate.”