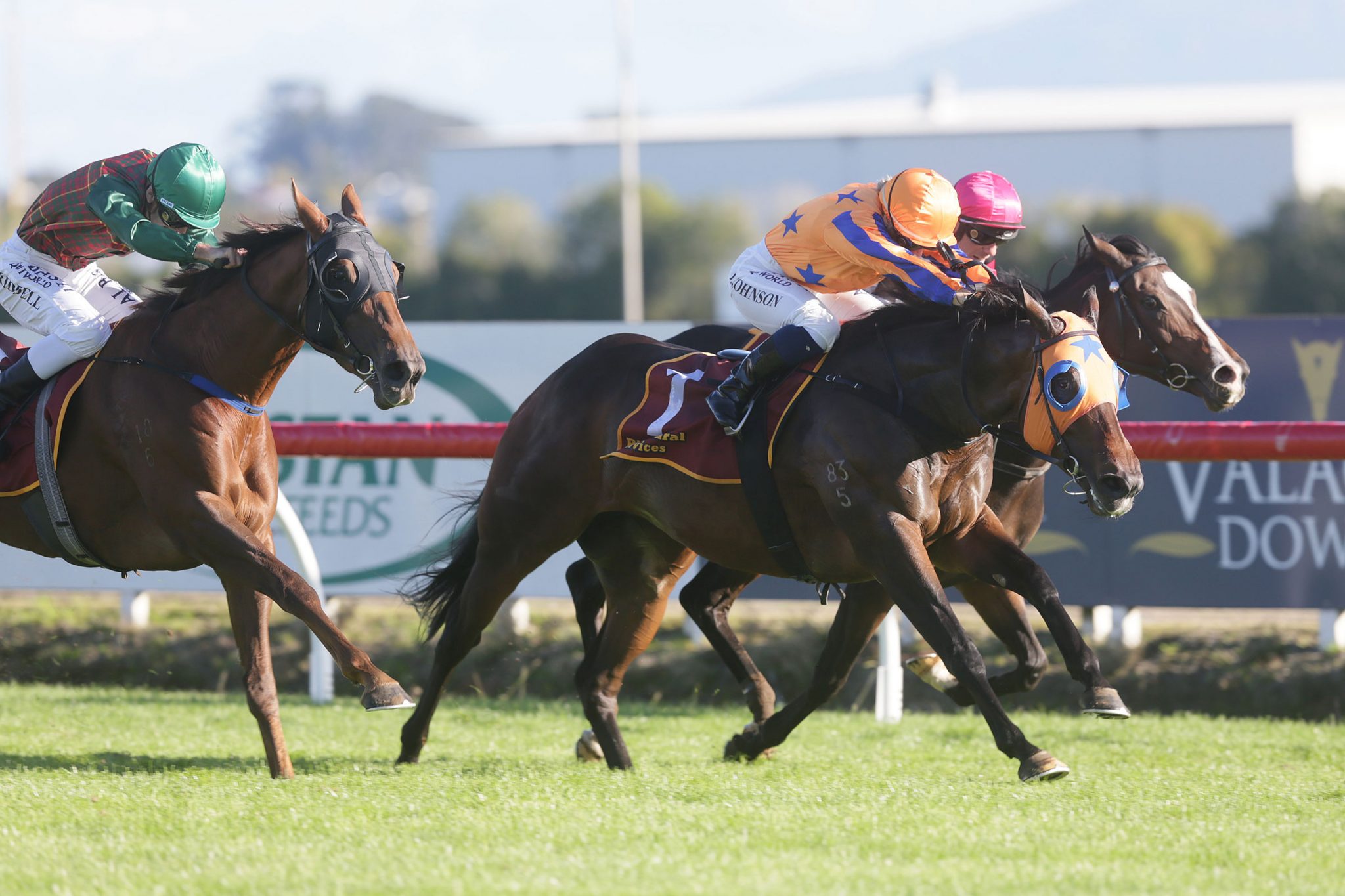 Connections of star mare Avantage have opted to keep the six-year-old on home soil as she works towards a start in the Group 2 Valachi Downs Foxbridge Plate (1200m) which will be run at Te Rapa on Saturday, pending an Alert Level downgrade on Friday.

The Jamie Richards-trained mare was nominated for both the Group 1 Memsie Stakes (1400m) and Group 3 Cockram Stakes (1200m) at Caulfield on Saturday, but after weighing up their options, the Te Akau team are happy to take the risk that racing will resume in New Zealand sooner rather than later.

It is good news for spring racing in New Zealand, with the nine-time Group One winner a drawcard that will be a mainstay of the Hawke’s Bay Carnival before a later spring raid in Melbourne is considered.

In opting to keep Avantage at home, the mare can also avoid a first-up clash with high-class stablemate Probabeel.

After a pleasing piece of work over 1000m on the Matamata course proper on Tuesday in company with smart three-year-old I Wish I Win, Avantage is one of three runners for Richards in the Foxbridge Plate.

“She worked well. I’m pleased with her. They ran a nice bit of time and the track was good,” Richards said.

“Certainly the first two legs of Hastings are on the cards and then we will just be a bit open minded about the third leg and assess closer to the time.”

The AUD$1 million Group 1 Empire Rose Stakes (1600m) on October 30 at Flemington became an enticing target for the mare as she is eligible for a AUD$1 million bonus should she win, having triumphed in the Group 1 New Zealand Thoroughbred Breeders’ Stakes (1600m) in April, one of 12 bonus-qualifying races.

“I think with the million-dollar bonus it has to be closely looked at. I haven’t spoken about it in depth with Dave (Ellis, Te Akau principal) just yet, but it will certainly be on the table,” Richards said.

Avantage will be joined by stablemates Prise de Fer and Festivity in the Foxbridge Plate.

“Festivity is a real up-and-comer. I haven’t got a lot of suitable options to kick her off in. It is not really how we like to do things, kick-off a lowly-rated horse like that at weight-for-age but there are just no other options for her.

“She is going well. Her trial was good and she galloped well at Taupo the other day. I think she will give a bit of cheek.”

Across the Tasman, Probabeel had a hit-out at Caulfield on Tuesday morning in preparation for the Cockram.

“Damian Lane rode her and she galloped in company with one of Ciaron Maher’s. I am told it was good sound work and that should tidy her up nicely,” Richards said.

“The Cockram is a nice race for her. She is going to carry top weight but there is only a four-kilo spread and she has carried weight around there (Caulfield) before and she does sprint well fresh.

“So long as she is somewhere near her best form, she is going to be competitive.”

Probabeel had initially been earmarked for the Memsie Stakes, but a spiked temperature held her up for a few days but Richards is now pleased with the condition of the mare.

“She is just a very good horse. She can run last at the trials and be quite content and then she gets the blinkers on raceday and she is near unstoppable. I am really looking forward to see her kick off on the weekend,” he said.

Richards will be keeping an eye on the weather in New South Wales this week with three-year-old Sword Of State set to resume in a hot field in the Group 3 San Domenico Stakes (1100m) at Kembla Grange on Saturday.

A deluge saw the course 90kms south of Sydney downgraded to a Heavy8 on Tuesday.

“He is not really a wet tracker. We stayed away from Sydney in the autumn because of that when he was a two-year-old,” Richards said.

“We will be guided by how it bounces back. They tell me it can get very firm there so hopefully it bounces back a bit and if the rain clears it is a chance to do that.

“We will be paying up and guided by how everything goes.”

The Group One winning son of Snitzel finished fourth in a trial over 850m at Randwick last week.

“He was pretty good in his trial. He is a laid-back customer that wears blinkers on raceday and we wanted to save them for Kembla. I think he has come on for it. His work this morning was encouraging,” Richards said.