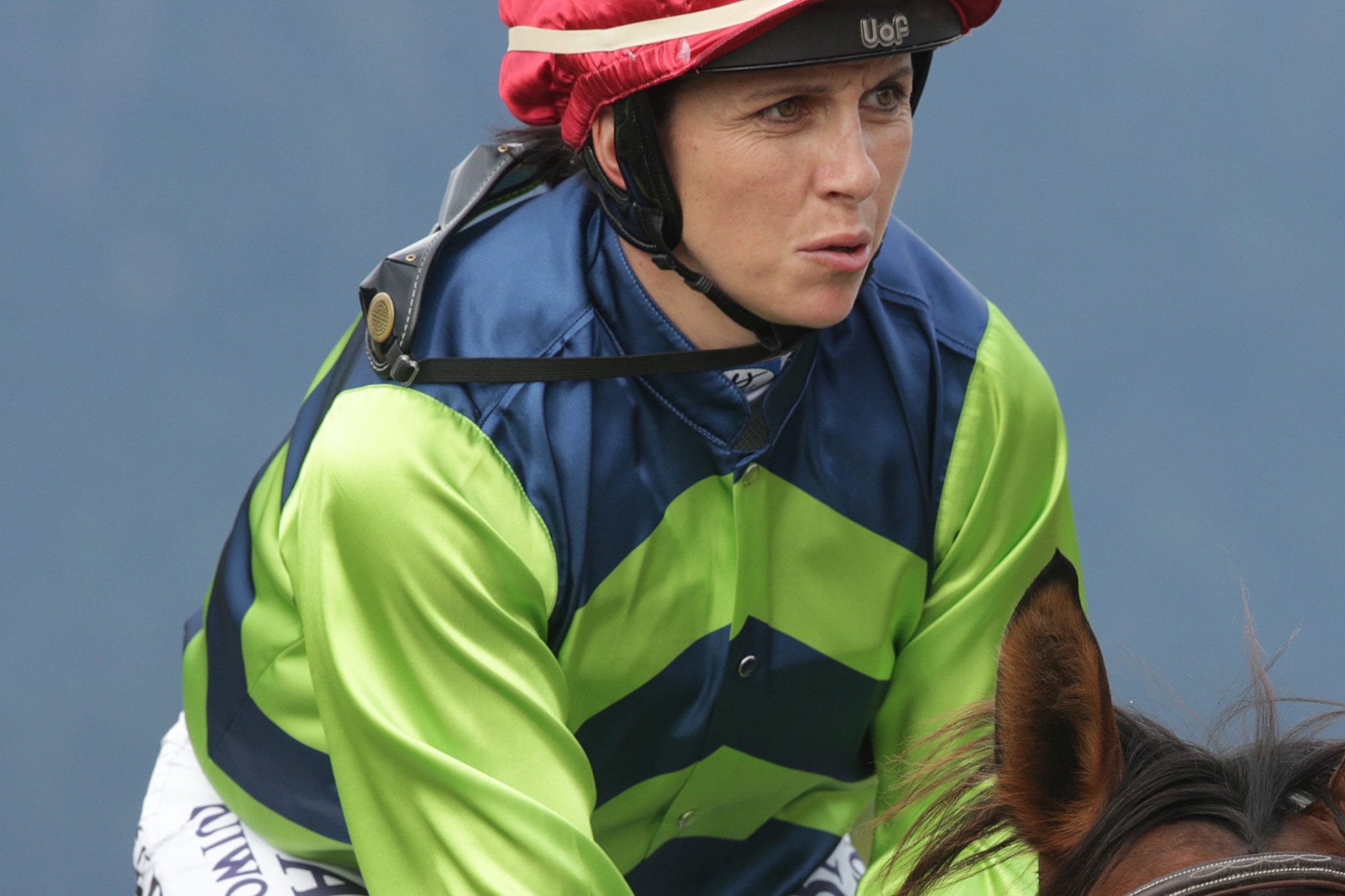 Getting Sam Spratt to sit still for more than a few minutes is a tough task at the best of times but the bubbly 35-year-old is having to take a few deep breaths and slow herself down thanks to a broken collarbone that she suffered at the Avondale trials two weeks ago. Spratt took an awkward tumble out of the back of the barriers when her mount took fright after the horse next to it began playing up, resulting in a double fracture of her right collarbone.

Spratt initially thought she had just dislocated her shoulder, which happens from time to time, but once the on-site paramedic took a look, he had some bad news for her. “It felt like it was literally nothing and I thought it was just me being my normal unco self,” Spratt joked.

“The horse next door went off and my one got a fright so I stepped on to the side of the gate and then just fell off the back. “I’ve dislocated my right shoulder quite often and it just felt like that, but when the medico tried to put it back in, he couldn’t. That’s when he told me it was more likely broken than anything else. “I was like ‘oh bugger’ and the longer it went on the sorer it got.

“It has actually ended up being a bigger thing than I thought so I had to have it operated on and have a plate inserted to help stabilise it. “Because it was broken in a couple of places it means it is going to take a lot longer to heal and I might have to have the plate in for at least a year, which is pretty frustrating.”

Spratt admits she is not the best patient and is having trouble adjusting to the restrictions the injury has placed on her. “I’m not the best sleeper and get pretty restless so that hasn’t helped the recuperation,” she said. “It’s a lot better but still a little uncomfortable. “I’m right-handed so I’m getting better at being ambidextrous and using my left hand a lot.

“I’ve also been a bit naughty as I have been doing more than I should with one and a half arms. I have to keep telling myself off but I’ve been mopping the floors with one arm and putting up the electric fences and moving the cattle and so on.”

In a career that spans 20 years Spratt has had more than her fair share of injuries including a horrendous fall at Trentham when she was just 18 that saw her take the best part of five years off from race riding.

A more mature individual now, she is philosophical about the current situation but fiercely determined to get back to the track as soon as she can. “It’s just one of the things you have to suck up but I’m probably better prepared for a situation like this than when I was younger,” Spratt said. “I just can’t wait to get back to racing as I had some really good rides on some nice horses coming up and I just really enjoy it all.

“The other thing I miss is being away from the stable, the people and the horses. “I love going down to Stephen McKee’s each morning and when I lose that it will be time to give it away but right now that is the furthest thing from my thoughts.”

Spratt has proven to be a breath of fresh air when asked to sit in front of a camera in different media roles but that side of the business doesn’t hold great appeal. “I guess I’ve had the chance to do some media work and although it was fun it’s not something that I see for myself later on,” she said.

“I would much rather be involved in a stable, maybe as a trainer’s sidekick, as I love being with the horses, seeing their progress and interacting with people. “Riding is still what I want to do so I need to just keep the recovery process going as best I can and hopefully, I can be back around Christmas time if it all goes well.”