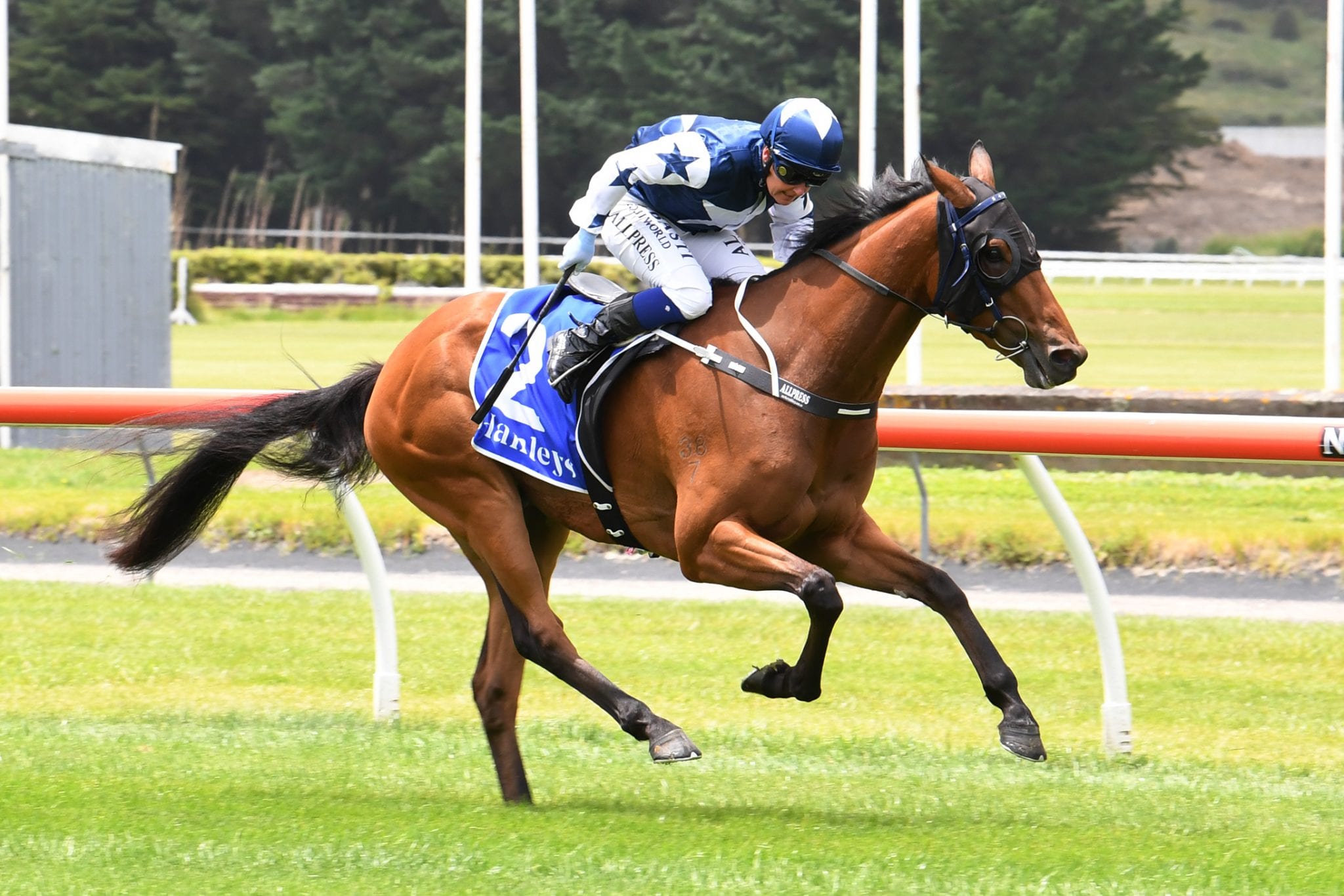 Promising galloper Invisible Spirit made a winning return to the track when he led throughout to capture the first event at Trentham on Saturday. The Charm Spirit gelding hadn’t been seen on raceday since finishing second at Waverley back in mid-August.

Trainers Johno Benner and Hollie Wynyard had given the leggy three-year-old the chance to mature into his impressive frame with a spring hiatus and he returned looking a picture for his fresh-up assignment off the back of a comfortable trial outing at Foxton last month.

Rider Lisa Allpress bounced her charge from the barriers and dictated terms to her rivals before dashing clear early in the run home. Previously unbeaten runners Basarwa and Wild Moose chased hard but Invisible Spirit maintained a strong gallop to the line to garner his second victory at just his fifth start.

“She (Lisa) dictated and it did look on paper we would get a fairly easy lead,” Benner said. “Lisa summed it up beautifully but he is a serious galloper this fellow although he is still six months away (from full maturity). “Three-year-olds with this sort of talent sometimes don’t get as much time as they deserve so what we do next with him is very important.”

Benner has his eye on bigger prizes ahead for Invisible Spirit as he holds nominations for both the Group 1 Levin Classic (1600m) at Trentham in January along with the Group 1 Vodafone New Zealand Derby (2400m) at Ellerslie in March.

“We have him in the Karaka Million 3YO Classic (1600m) and the Group 1 here,” he said. “My gut does tell me he is still six months away so we are going to have to sit down and work it all out for him.”

Allpress was delighted she didn’t face any challenges during the race and that her pre-race plan had worked out so well. “I always had the plan to go forward and ride him handy and it worked out really well,” she said. “It was nice and slow, with no one coming to look at me so I didn’t panic and kept him doing what we were doing. “He kicked a little bit and although he was running on empty up the straight, he really kept going.”

Raced by the Morris Road Racing Syndicate, Invisible Spirit was a $45,000 purchase from the Landsdowne Park draft by bloodstock agent Bruce Perry during the Book 2 Sale at Karaka in 2019.