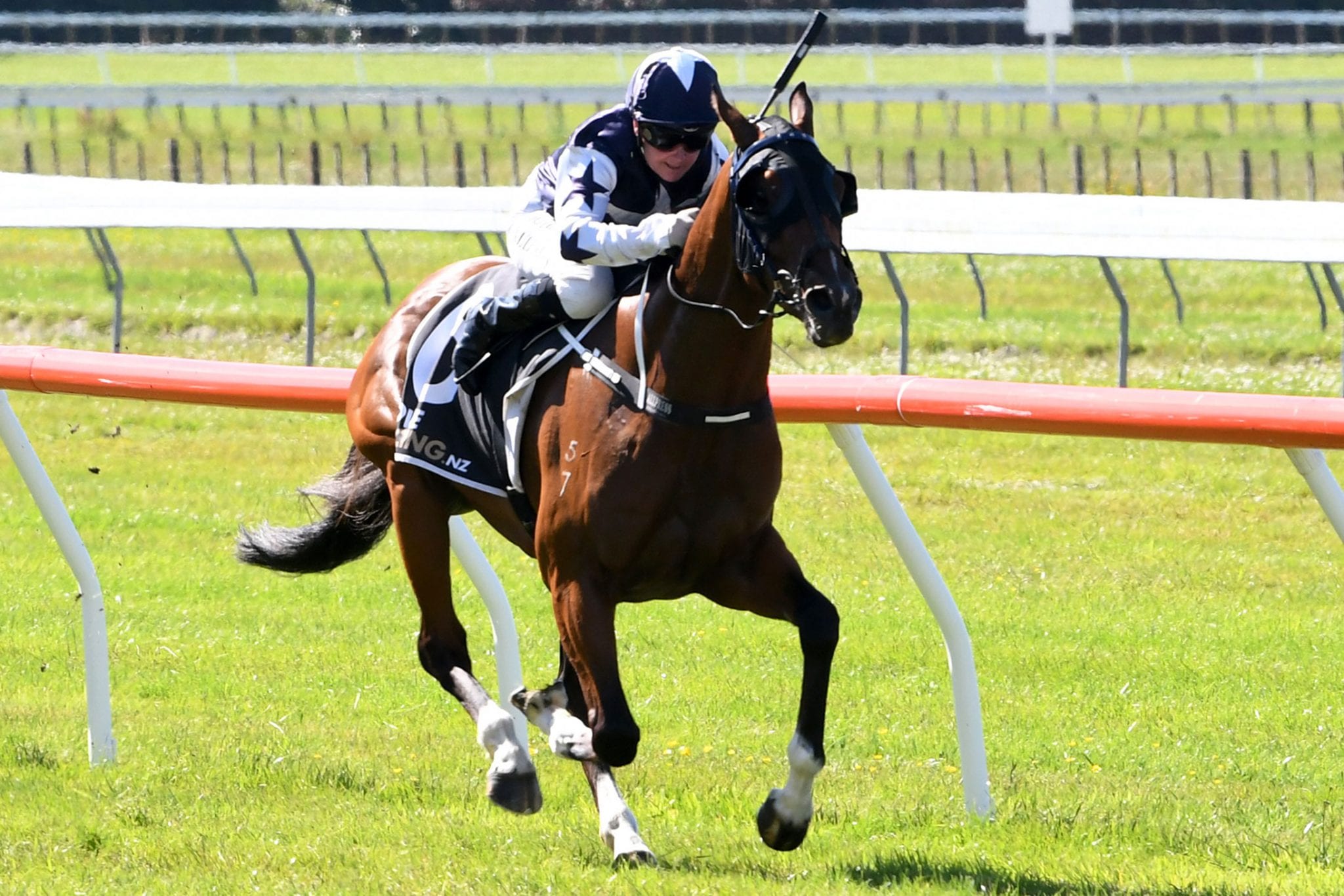 Benner and his partner Hollie Wynyard will produce two-win Showcasing gelding Montre Moi in Sunday’s Classic, which will either be run at Ellerslie if the Government drops Auckland from its current level three lockdown, or Hastings if it doesn’t.

“It’s pretty even and probably down on quality on previous years the way it’s worked out but we’re not complaining. It gives us a really good chance in the race,” Benner said.

TAB bookmakers have Montre Moi as a +280 second favourite for the Derby behind the Lance O’Sullivan and Andrew Scott-trained Group 2 Avondale Guineas (2100m) winner Rocket Spade at +260.

Montre Moi bypassed the Avondale Guineas, having finished third in the $1 million Karaka Million 3YO Classic (1600m) at Ellerslie and fifth in the Group 2 Waikato Guineas (2000m) at Te Rapa as his last two lead-up races.

He got back in both those races but with the addition of a barrier blanket and a favourable barrier seven draw, Benner was open to having Montre Moi handier in the run in the Derby.

“I wanted to draw six or seven, to get seven that was perfect. It gives us options. He does tend to rock around and muck around a bit in the barriers so we’ve added a barrier blanket and hopefully he can jump away a little cleaner,” Benner said.

“As we saw in the Waikato Guineas, he was just a touch tardy and Nabba (jockey Michael McNab) didn’t want to bustle him too much obviously looking towards a Derby. He got too far back but he hit the line well and heading to the Derby, it was a very good run.

“In the Karaka Classic, it was a very strong three-year-old race and it looked like everyone was running for third behind Amarelinha and Aegon on paper. He ran a really good race and we were happy.

“We’re pretty confident he’ll see the 2400m out. He’s stoutly-bred on the dam side. There’s staying blood all the way through there. Everything he does at home, he’s always running through the line. We’re always asking him to stop. He’s very tough.”

Wanganui jockey Lisa Allpress takes the ride on Sunday, having been in the saddle for both Montre Moi’s wins as she attempts to become the first female rider to win the Derby.

It’s also been 10 years since a horse trained south of Taupo has won the Derby but Benner is optimistic he has the horse to remedy that drought.

“We’ve always been a bit more into the two-year-olds but we’d love to win a Derby. It would be great on the resume for Hollie and I, and we think we’ve got the horse to do it,” Benner said.

“He’s a very clean-winded horse. We’re pretty happy with where we stand. Since Te Rapa, he’s had three very good gallops on the course proper at home and he seems to be going really well.

“He hasn’t missed a beat and any rain won’t worry him. We’re pretty confident he’ll do the job.”

Benner said the uncertainty over the Derby venue was of little concern to him.

“We’ve planned on going to Auckland and it’s just a day later so there’s no real difference,” he said.

“If they go to Hastings, things go through your mind like, will it play to favour horses on pace? How will it come through today’s meeting? It’s not a big run into the first corner… But for us, three hours travel is better than eight to Auckland. It won’t worry us either way.”

Meanwhile, Benner and Wynyard will produce promising two-year-old Titled in the HR Jones & Co 2yo (1200m) at Awapuni on Saturday as he builds towards the Group 1 Courtesy Ford Manawatu Sires’ Produce Stakes (1400m) at the same course on April 3.

“1000m was always going to be too short for the horse last start. The goal has always been the Manawatu Sires’ and you can’t just get them out of their box and go and win the Manawatu Sires’. Up to six furlongs this weekend on fresh legs, we’re hoping we see the best of him.”

Benner was also delighted with Group 1 Levin Classic (1600m) winner Bonham’s trial second placing at Foxton on Tuesday as she prepared for the Group 2 Fusion Electrical Wellington Guineas (1400m) at Trentham on March 20.

“She trialled superbly yesterday. Her action was great and she ran really well so we’re really happy with her,” Benner said.

Hold The Press, the stable’s 20th winner for the season from just 65 starters at Otaki last Saturday, will also head to the Wellington Guineas, a race the stable has won previously with Vespa in 2015, Scott Base in 2018 and Gold Bracelet last year.