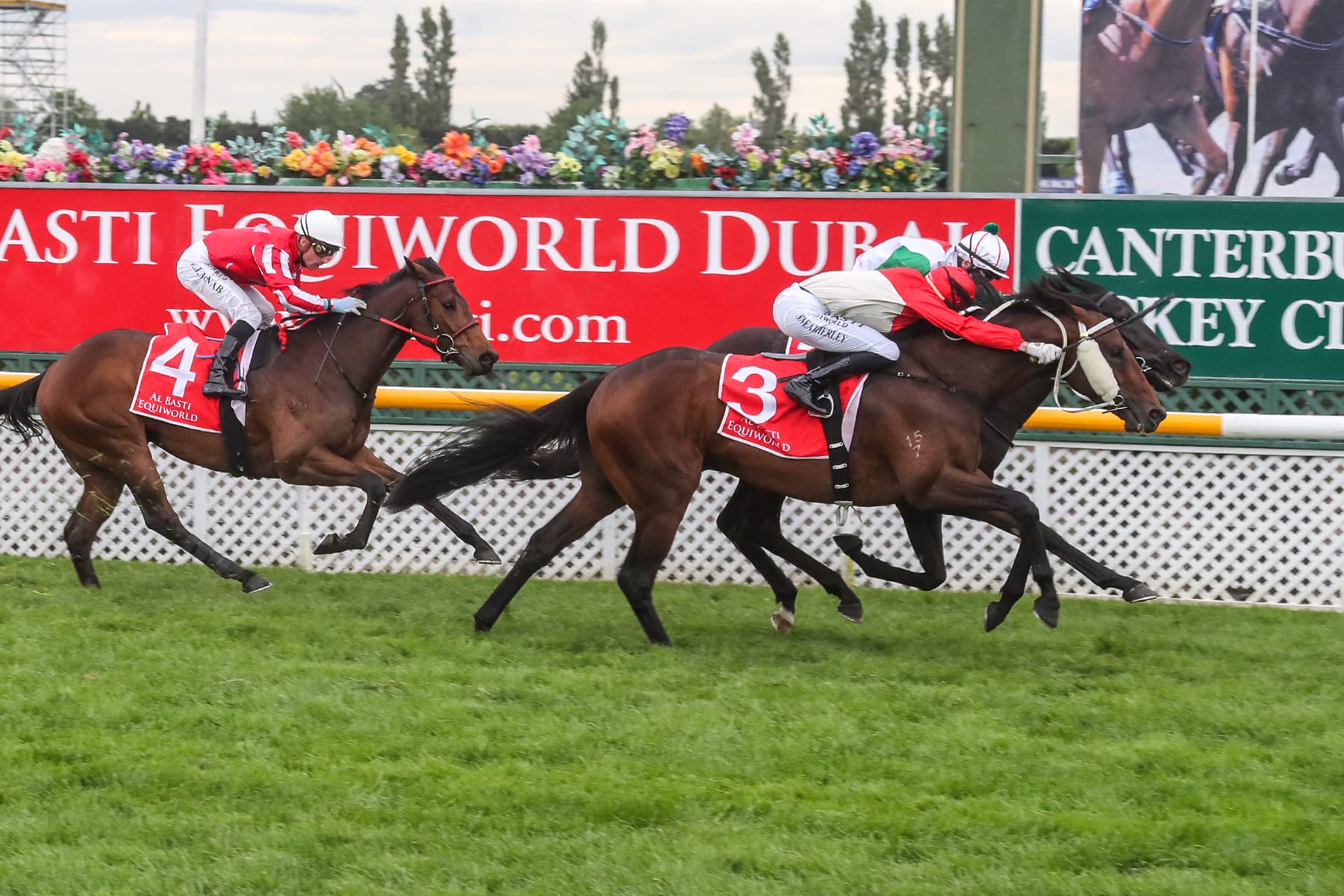 A rueful Stephen Marsh was left with a bittersweet feeling following the running of Saturday’s Group 1 Al Basti Equiworld Dubai New Zealand 2000 Guineas (1600m) at Riccarton. Not much more than a coat of paint separated his three-year-colt Bourbonaire from eventual winner Aegon at the finish line, the second time the pair had finished in that order after posting the same result in the Group 2 Hawke’s Bay Guineas (1400m) back in September.

Despite having to accept the runner-up prize for the third time in his last three starts, Marsh was rapt with the performance the Darci Brahma youngster produced for him and his American-based owners. “I thought he went super and we’re incredibly proud of him,” Marsh said.

“Obviously, the winner is a very smart individual as he’s unbeaten and we’ve run him to a nose without getting the full rub of the green. “He (Aegon) nailed us at Hastings and we just missed nailing him this time so I don’t think there is much between them.”

Marsh believes Bourbonaire has the capability to stretch to a greater distance later in this campaign so he will be heading to the spelling paddock before plans for the next phase of his preparation are put in place.

“He’ll go straight out for a couple of weeks now,” he said. “He can have a freshen up as it looks like he will get the Derby trip, so I will need to speak with the owners to work out which way we want to go with him. “There is also a fair bit of interest around from people looking to buy him so we will have to see what happens over the course of the next few weeks.”

Purchased out of the 2019 Karaka Book 1 Sale for $120,000 from the Little Avondale Stud draft, Bourbonaire is raced by an American-based group of thoroughbred enthusiasts that includes former pilot and corporate CEO Dennis Foster along with bloodstock agents Mike McMahon and Jamie Hill, who oversee the Bourbon Lane Stable Partnership, and are assisted locally by New Zealand Bloodstock’s Danny Rolston.

Marsh, who also shares in the ownership, was in constant contact with the group before and after the race and said they were over the moon with the result. “I think they managed to watch the race through live-streaming and they were very very excited,” he said. “I was talking to them using What’sApp all night and again this morning and they were just loving it.”

The group also race another smart three-year-old in Mega Bourbon, who is about to return to work after suffering a slight injury following an impressive victory at Te Rapa in early October. “He (Mega Bourbon) just tweaked a muscle in behind so he has had a couple of weeks off but he’s ready to come back into work this week,” Marsh said.

“We’ll probably give him a gallop towards the end of next week and then work out where we’re going to go from there. “We don’t have a plan for him yet but, being a colt, he’s put on a bit of condition so we’re not in a mad rush to get him going. “There’s also been plenty of interest in him so there is a chance he could be sold as well.”

Marsh was also delighted with the performance of Group 3 Christchurch Casino New Zealand Cup (3200m) contender Lincoln King who steamed home late for fourth over 2500m on Saturday and is now rated as a $6 chance by TAB Bookmakers for the feature two-mile event on the last day of the Riccarton carnival.