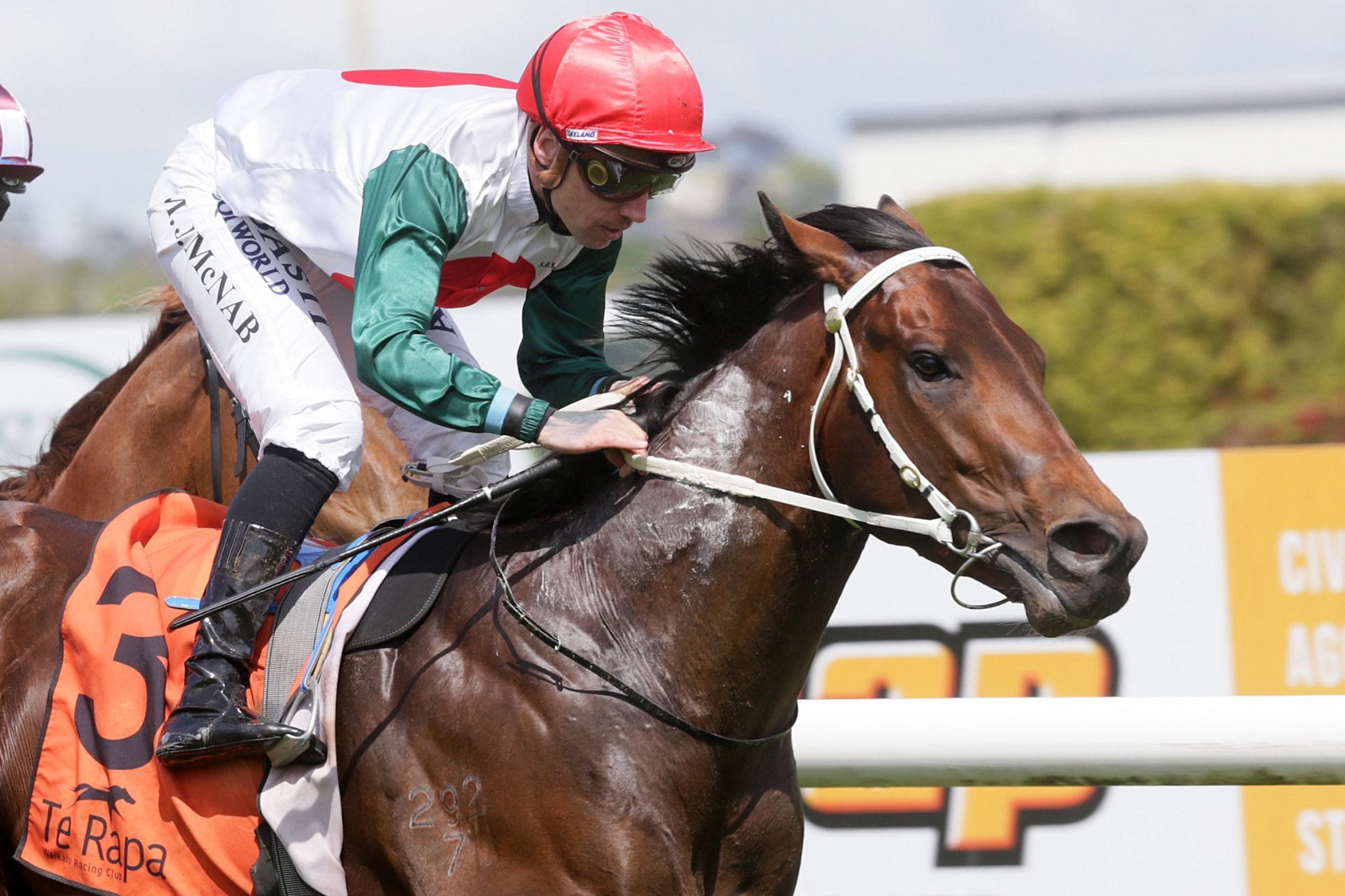 Bookmakers were quick to react, installing Mega Bourbon a $14 chance in the Guineas, despite the colt not being nominated for the race. However, Marsh confirmed there had been significant interest from Hong Kong buyers in the promising galloper. “He has been very popular. He has won his last two in good times and been very popular with Hong Kong buyers,” Marsh said.

“If he is not sold, he will be coming back here in three weeks for the Sarten (Group 2, 1400m). “I never really looked at him as a miler, especially a Riccarton miler. If he can come out and do something similar in the Sarten, I might be talking to the owners and we might be looking at a late nomination (for the Guineas). “I thought as an early three-year-old he would be more a 1200-1400m horse, but they can change.”

Another Marsh runner sure to be at Te Rapa on October 24 is Atishu, who also closed well to be third to Mega Bourbon. “I thought she was very good today. She had a bit of a freshen-up since her last start second at Wanganui and she has had a good blow,” Marsh said.

“She got caught three wide early and Sam (Spratt, jockey) had to niggle at her the whole way and she didn’t get to unleash with that good sprint she has got. “She will come back here for the Soliloquy (Group 3, 1400m) and then onto the 1000 Guineas (Group 1, 1600m). “She is going super and has probably got the most improvement out of all of them.”

Marsh also had All Black Bourbon finish eighth in the same race, a horse that looks like it will relish going further and easing in the ground. “He probably needs a mile and a wetter track. He won’t run again on a dead track, he needs a Slow7 or worse. He is tidy and he is going to go through the grades but certainly on rain-affected,” Marsh said.

Both Mega Bourbon and All Black Bourbon are raced by The Bourbon Lane Stable LLC, led by American investor Dennis Foster, with the ownership group to be represented by the Marsh-trained Bourbonaire in Saturday’s Group 2 Dundeel At Arrowfield Hawke’s Bay Guineas (1400m) at Hastings.