Treble a boost for satellite stable 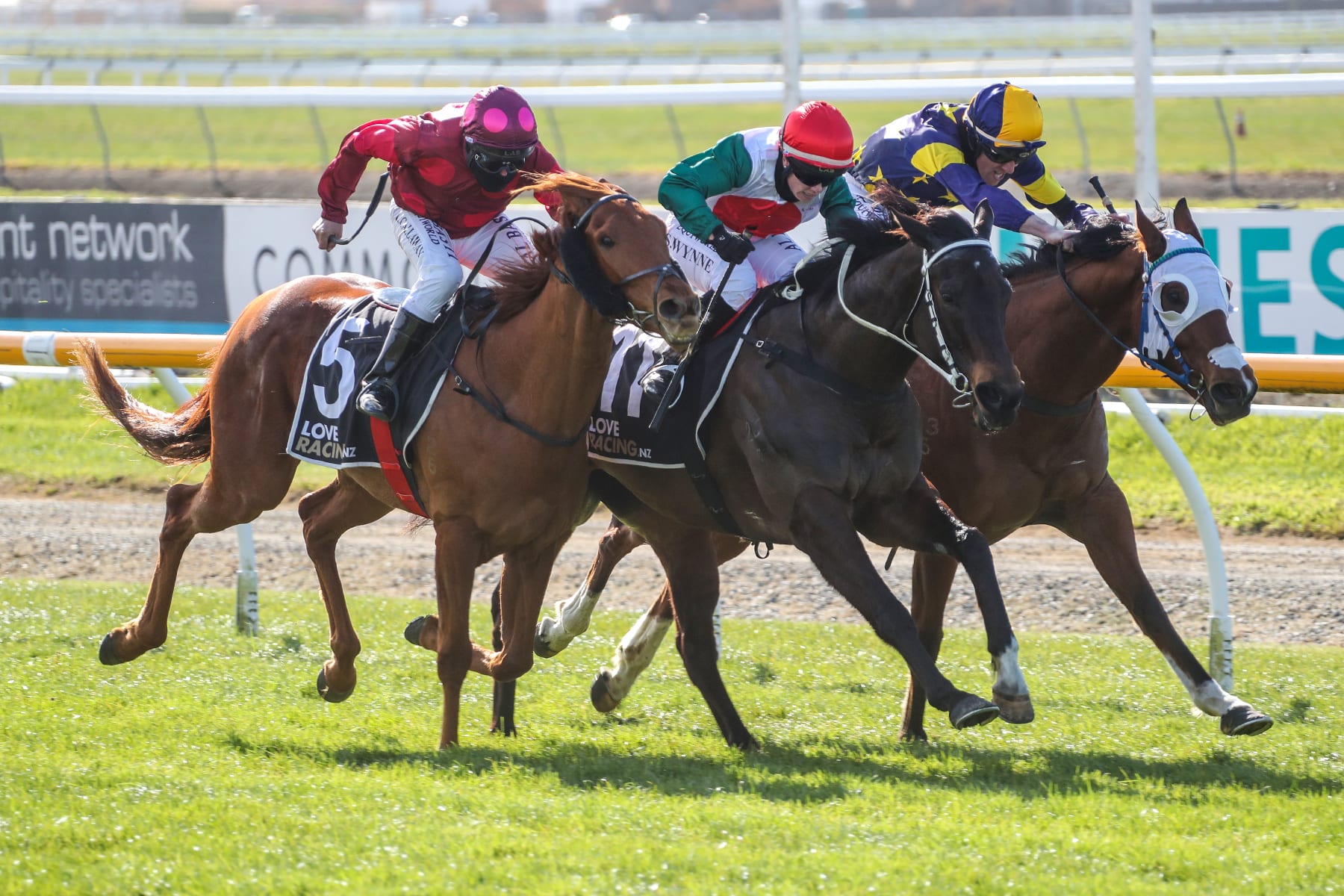 Stephen Marsh is hoping a treble at Riccarton on Saturday can be the springboard to boost numbers in his South Island barn. Though Marsh’s main training establishment is at Cambridge, he is focused on making his satellite stable at Riccarton a permanent part of his operation. “I’ve got a 12-horse barn down there and got seven horses in it at the moment,” Marsh said. “It was full around New Zealand Cup time last year, but a few have been retired since.

“I’m rapt in how the stable down there has been going. Rhys Mildon, my foreman, goes down regularly, but I’ve got a staff of three good girls running it and they do a fantastic job. Sam Wynne is the head lass. “I think we’ve won 16 races with our horses in that stable. Last Saturday was the first time I have won three in a day down there.”

Through her involvement with the stable, Wynne, one of the South Island’s leading jockeys, got an extra thrill when successful on Saturday aboard two of the Marsh winners, Jojo Roxx and Glorious Ocean, while last season’s champion apprentice and leading South Island rider, Kozzi Asano, brought up the treble when winning on the Kevin Hickman owned Bronte Beach.

“It was good to see Bronte Beach back to form,” Marsh said. “She was stakes placed as a three-year-old last season and could be a good lightweight chance for the Coupland’s Mile (Group 2, 1600m) during New Zealand Cup week.”

The two biggest contributors to Marsh’s South Island stable’s tally have been Belle Fascino and Rocanto, who each won three races last season.

Belle Fascino was also three times stakes-placed, including a close second in the Group 3 Valachi Downs Canterbury Breeders’ Stakes (1400m) last November when splitting Ticket To Ride and Kiwi Ida. She is again on the path to the fillies and mares’ feature on November 11 after her sound third at Riccarton last Saturday for her syndicate which includes Marsh and Mildon.

Rocanto, a talented sprinter with nine wins to his credit, will start at Timaru on Friday and is likely to also be in action in the main sprints over New Zealand Cup week.

Marsh was very pleased with Glorious Ocean’s win on Saturday, being a part-owner of the five-year-old Ocean Park mare who had a win and three placings in nine starts from his Cambridge stables before heading south. “The original owner didn’t want to press on with her and put her up on gavelhouse.com to be sold,” Marsh said. “I told him she could win more and I’d be keen to try her, but he’d made his mind up. “We bid on her and got her (for $9000) and I put a syndicate together. She’s only had the two starts for us down there and been a winner.”

The win was particularly special for one of the syndicate members, Chris Rowe, to see his horse win on his home track where he is the Commercial Manager of the Canterbury Jockey Club. The other syndicate members are Tony Moore (Marsh’s former Racing Manager), American Dennis Foster (part-owner of Rocanto) and Cheah Kim Teck, one of the long-time owners for Marsh’s father, Bruce.

Under the 2019 Bourbon Lane Stable New Zealand banner, Foster has a half-dozen horses with Marsh including the promising three-year-olds and debut winners Bourbonaire and All Black Bourbon, who are both being considered for Saturday’s Group 3 Northland Breeders Stakes (1200m) at Te Rapa, along with stablemate Atishu, who was runner-up on debut at Taupo last month to the highly rated Miss Aotearoa.

“They’re three really promising types,” Marsh said. “Bourbonaire and Atishu are definite starters for the three-year-old race on Saturday, but I’m not sure about All Black Bourbon. “I really like Bourbonaire a lot and he will be better when he gets up to 1600m. The Group 1 New Zealand 2000 Guineas (1600m) is his aim and hopefully All Black Bourbon can get there, too. He did well beating the older horses as a two-year-old at the end of last season. “Unfortunately Atishu ran into a really good one of debut, but I was very happy with her run. She’s on a path to the Group 1 New Zealand 1000 Guineas (1600m) at Riccarton.”

Marsh will also have a crack at Saturday’s Listed Wanganui Guineas (1200m) with Acting Out, a Showcasing filly who was runner-up on debut before finishing fifth behind Bourbonaire at Matamata recently. “She deserves a crack at black type,” Marsh said. “She’s typical of the team. I’ve got a good range of nice three and four-year-olds who haven’t raced or been lightly tried. “The stable has been going through the restructuring stage with all the main headline acts retired, but I’ve got a team of nice young horses so it’s exciting.”

One of the team to shape well at recent trials is a Mongolian Khan – Signorina three-year-old gelding, who won at Te Rapa on July 28 and was second at the Te Teko trials last month behind the highly rated Babylon Berlin, a short-priced winner on debut at Rotorua last week. “He’s gone out for a two-week freshen-up,” Marsh said. “We’re just trying to teach him to settle. He could be a type for the New Zealand Derby (Group 1, 2400m).”

Marsh wound up second on the New Zealand Trainers’ Premiership last season with 78 wins after being third the previous season with 97 wins and he has one specific goal for this term. “I’d love to break 100 New Zealand wins,” he said. “We were on track until COVID-19 struck. “Under the circumstances I’m very happy with last season. I’d just love to get to 100 this time and keep winning more stakes races.”