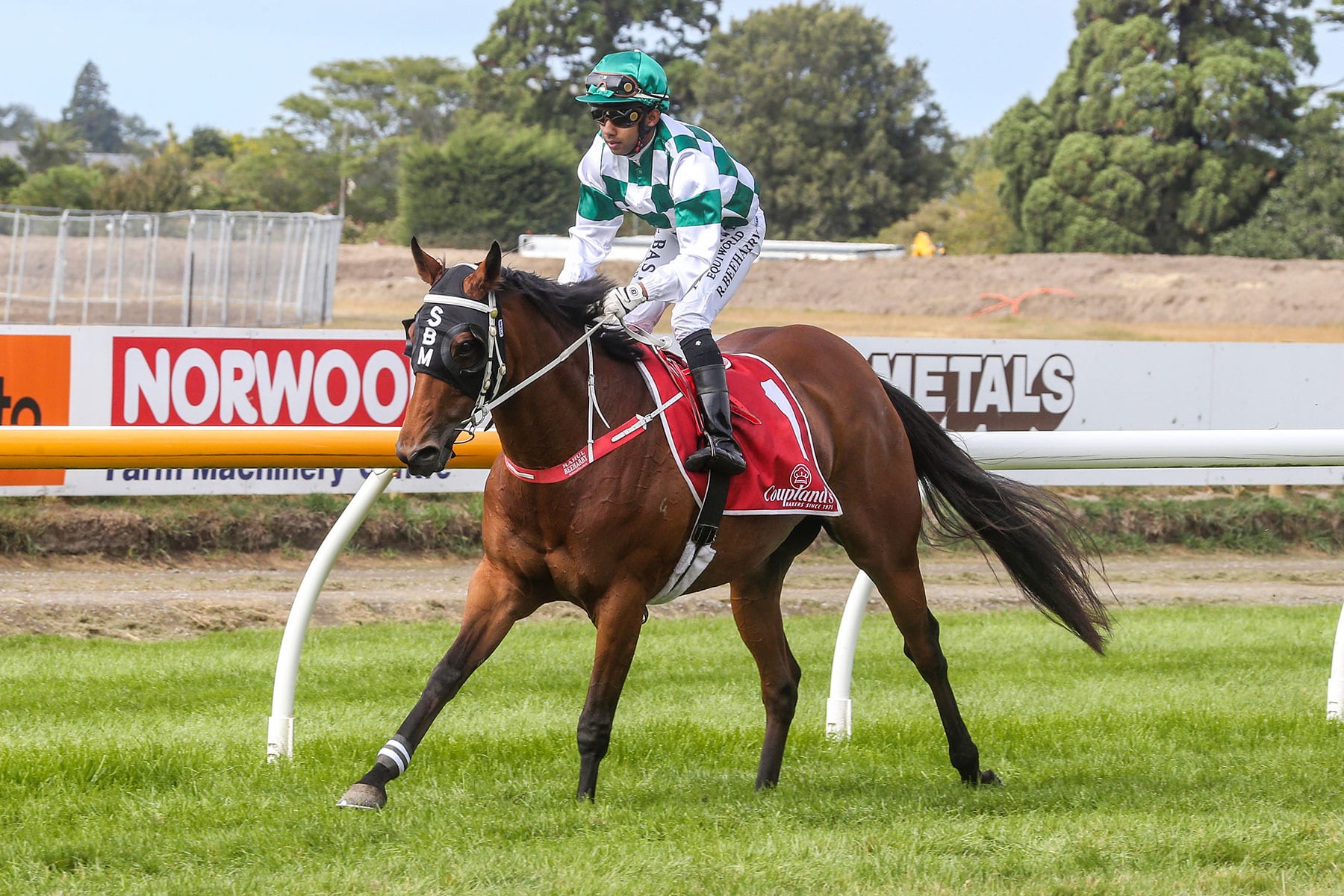 Leading trainer Stephen Marsh is getting the best of both worlds with talented mare Belle Fascino.

Marsh not only trains the seven-year-old Per Incanto mare but had also enjoyed her Wingatui feature win as a part-owner, along with his stable foreman Rhys Mildon, Sheryn Hobbs, Oliver Saxton, Michael Crawford and the Two Fats Cows Syndicate.

However, soon after that Marsh and his co-owners accepted an offer from South Auckland couple Clyde and Patricia Buckingham to buy the mare.

“Robert Dawe (bloodstock agent) asked me to see if her owners were interested in selling to his clients as a broodmare prospect,” Marsh said.

“We agreed to sell her. The Buckinghams were keen to chase more black-type with her then send her to a stallion in the new season. There was a clause to say she’d stay in my stable so we get to carry on with her. It’s a win-win situation for us.”

In her first start in the new ownership, Belle Fascino won a 1400m open handicap at Riccarton under 59kg to have her exactly where Marsh wants her ahead of Saturday’s set weights and penalties fillies and mares’ feature for which she drops to 56kg.

However, Marsh was just as pleased with Bronte Beach, who finished in the best closing sectionals of the race to finish second.

“Both went very well. It was a suitable lead-up at Riccarton over 1400m and they’ve quinellaed it,” Marsh said.

“Belle Fascino is absolutely flying for her new ownership team, though it would be great if Bronte Beach could get the thick end of the prize too for the race sponsors, Valachi Downs. They are two good mares we’ve had set for this race for a long time.”

“It’s hard to go past Belle Fascino at the moment. She’s racing so well. She won extra well last start and as I said, she’s flying, so it’s just hard to go past her winning form.”

Marsh will also produce Acting Up, Atishu, Fettercairn and Jojo Roxx from his southern stable at Riccarton on Saturday on what shapes as a busy weekend for the stable.

“When they put it back a week, we looked at our options and thought it worked better as it gives us two weeks after this race into the (Australian) Derby,” Marsh said.

“He’s drawn well in three and we’ve got Tim Clark on and we’ve added a shadow roll. He’s travelled well and everything has gone perfectly.

“He’s staying at Annabel Neasham’s stable where our former racing manager Todd Pollard has gone to work so he is looking after him. He should run well this weekend but this race should really top him off for the Derby.”

“Vernanme galloped on the plough on Tuesday and went really nicely. We’re bringing him back to the mile and that might be the key,” Marsh said.

After his Taranaki Cup win at New Plymouth, Vernanme was unplaced in the Listed Kaimai Stakes (2000m) at Matamata but Marsh is expecting an improved run this weekend.

“He just didn’t settle and failed to finish it off at Matamata but I’m really pleased with him going into this one. It should be truly-run and that should suit him a lot more.”