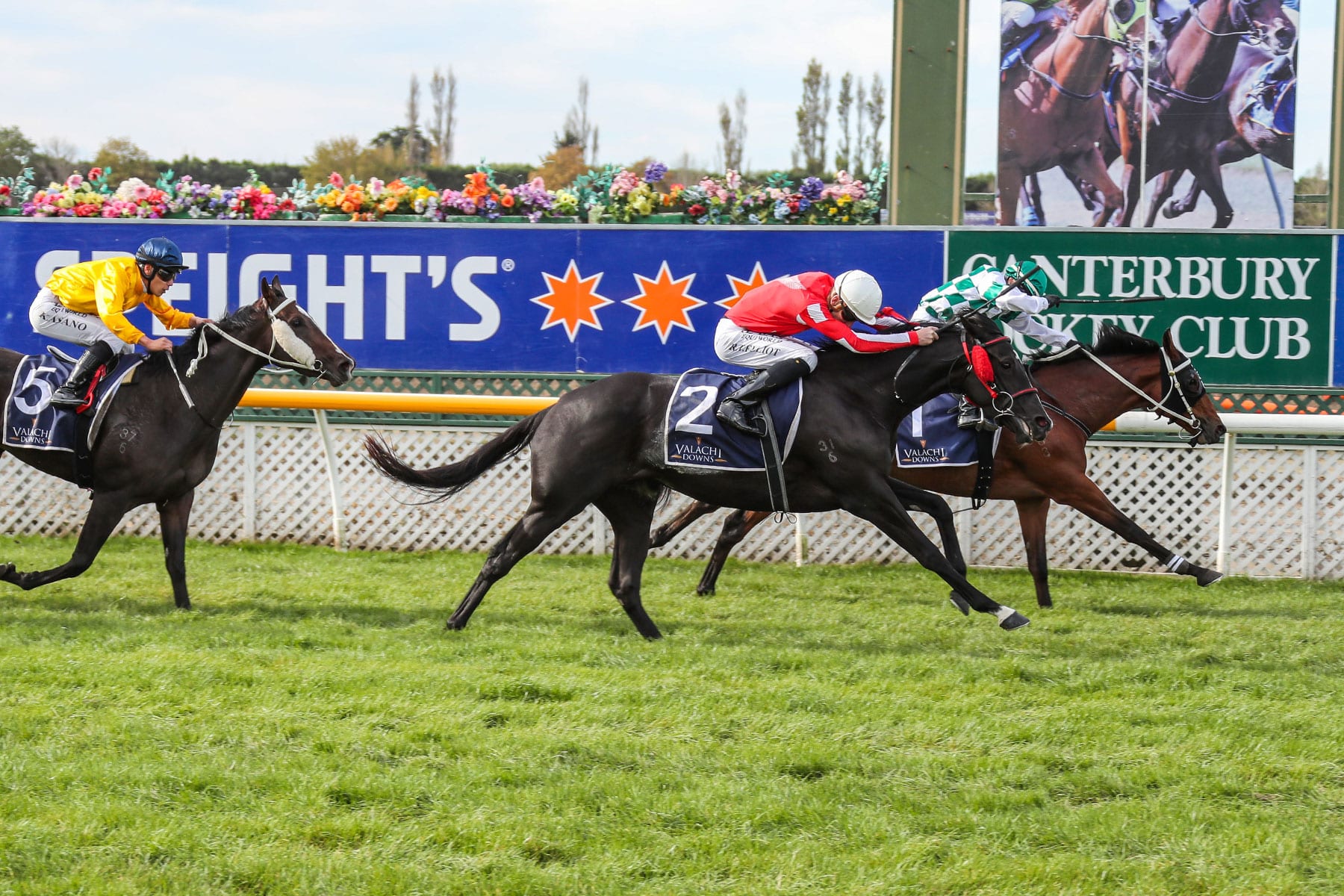 Cambridge conditioner Stephen Marsh enjoyed a successful day at Riccarton on Saturday when honest mare Belle Fascino provided him with the second leg of a race to race double in the feature event on the card, the Group 3 Valachi Downs South Island Thoroughbred Breeders’ Stakes (1600m).

The Marsh-trained Atishu had registered a phenomenal performance thirty minutes earlier when she overcame a rocky start to storm to victory over her age group rivals over 1400m, but it was the seven-year-old Belle Fascino who put the cherry on top for Marsh with a bold front-running performance.

Racing in the colours of new owners, Clyde and Pat Buckingham under their Emblem Ltd banner, who purchased the mare via bloodstock agent Robert Dawe prior to her last start victory, Belle Fascino set her rivals a merry chase throughout the 1600m journey.

Regular rider Sam Wynne had the Per Incanto mare pinging along sweetly and shot her three lengths clear with 800m to run.

Despite getting tired in the last 100m, Belle Fascino found enough in reserve to hold out the late run of All About Magic with stablemate Bronte Beach making up good ground for third.

“That was a really good win as she is tough and really tries hard every time she steps out,” Marsh said.

“It looked the right type of race for her although I got a bit worried as she seemed to grab the bit at the 1000m and wanted to charge along out in front.

“She’s tough though and is racing in such a great vein of form.

“I’m just delighted for her new owners and it is great to get two wins on the board for them, especially one at black type level.

“This will probably be her last campaign before she goes to the broodmare paddock, so we’ll be having a chat with them before we decide on what to do with her next.”

Marsh also admitted he had his hand over his eyes when watching the start of Atishu’s race, when the filly nearly threw rider Kozzi Asano when leaving the starting gates.

“It was a terrible start and I thought she was done for then,” he said.

“To pick herself up and then charge home to win was a super effort and that set her up for her next run which will be in the Airfreight Stakes (Listed, 1600m) at Riccarton in a fortnight.”

Marsh was disappointed with the effort of Group 1 New Zealand Derby (2400m) placegetter Milford who dropped out in the run home to finish well back in the Group 1 Rosehill Guineas (2000m) when having his first run in Sydney.

After speaking with rider Tim Clark after the race he was advised the horse had travelled well but had problems rounding the final bend.

“He has had an issue, at times, going right-handed and Tim said he just wouldn’t corner at all,” Marsh said.