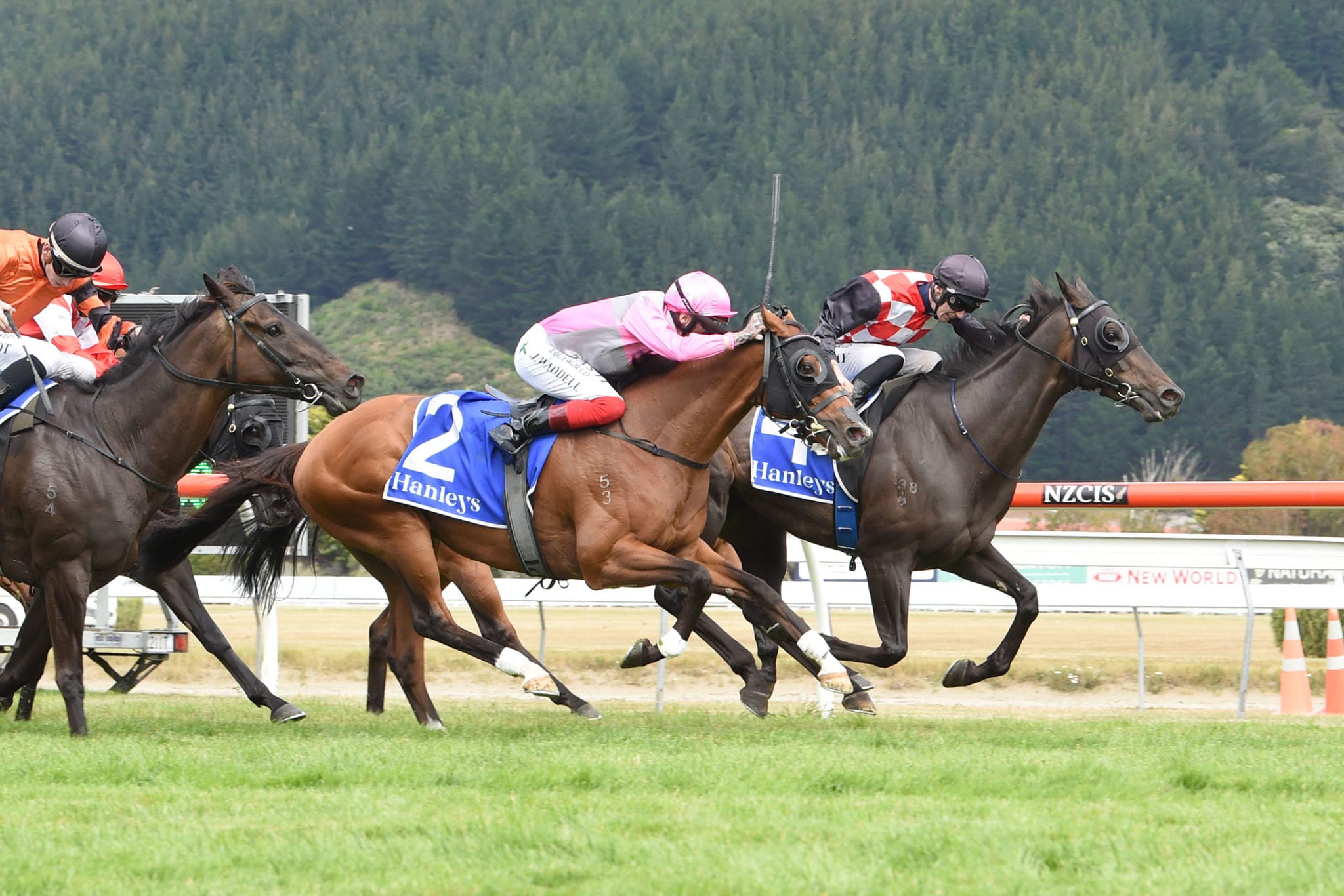 The Group 1 Harcourts Thorndon Mile (1600m) at Trentham has always been one of the McKay family’s favourite races, but on Saturday it became much more special. The Mitigator delivered a third victory in the time-honoured feature for Matamata trainer Peter McKay, who had previously won it with Alamosa in 2008 and Puccini in 2015.

Even more significantly, it was a first taste of Group 1 glory for his son, jockey Shaun McKay. “This is awesome,” the 23-year-old said. “I’m speechless and over the moon. To win a Group 1 race has been a dream, and to do it for my family is even better. Dad’s an awesome trainer, and it means a lot to win a Group 1 race for him.”

Peter McKay described it as a special win for a close-knit family. “I’m thrilled for Shaun,” he said. “It was a very good ride today on a good horse. When he had a look over his shoulder, I thought he must have been pretty confident, but it’s a long way down that straight. “It’s great for Shaun, and also my wife Kim, who’s there every morning and puts a lot of work in. It’s a real family unit, and on days like this, all of that work we do pays off.”

The Mitigator’s win in the metric mile showpiece was a new career pinnacle for the son of Master of Design, and it came at long odds of $28.70. Since beating up-and-comer Beauden to win the Group 3 Eagle Technology Stakes (1600m) at Ellerslie three starts ago, The Mitigator had suffered thumps when tailing the field home in the Group 1 Zabeel Classic (2000m), and attempted to take a sit behind the leaders when finishing a last-start fourth at Awapuni.

The Mitigator returned to his usual leading role on Saturday, and he was right back at his relentless best. Rated perfectly by Shaun McKay, he dominated the race from the front and fought for all he was worth when he was challenged in the straight. The Mitigator held on to win by a short head from Wyndspelle, who was a last-start Group 1 Captain Cook Stakes winner over the same course and distance.

The Thorndon Mile was The Mitigator’s seventh win from 32 starts and lifted his prize-money earnings past $340,000. “He’s just such a consistent and honest horse,” Peter McKay said. “He tries so hard every time. We tried to ride him back in his last start, which was just a waste of time, and he had thumps in the Zabeel Classic. When he won at Ellerslie before that, he ran great time (1:33.18). We just decided to let him run his own race today. “I’m thrilled for the owners, who are a great bunch. Racing needs more people like them, they just love the game. I think they’re here for this meeting every year.”

That ownership group was formed by long-time McKay stable client Trevor Luke, who was unable to sell The Mitigator at the 2016 New Zealand Bloodstock Ready to Run Sale. The Mitigator had been bought for A$75,000 on the Gold Coast as a yearling. “Trevor Luke bought the horse and then wasn’t able to sell him, so he asked me to help put a syndicate together to try to mitigate his losses,” co-owner Tim Davis said. “That explains the name. “I’ve never had a Group 1 winner before, it’s an amazing result. We’re grateful to the whole McKay family, they’re amazing people. Peter McKay is a great trainer who doesn’t get all the credit he deserves, and that was a top-class ride from an outstanding jockey in Shaun McKay. Kim McKay is a lovely lady does a really great job as well.”