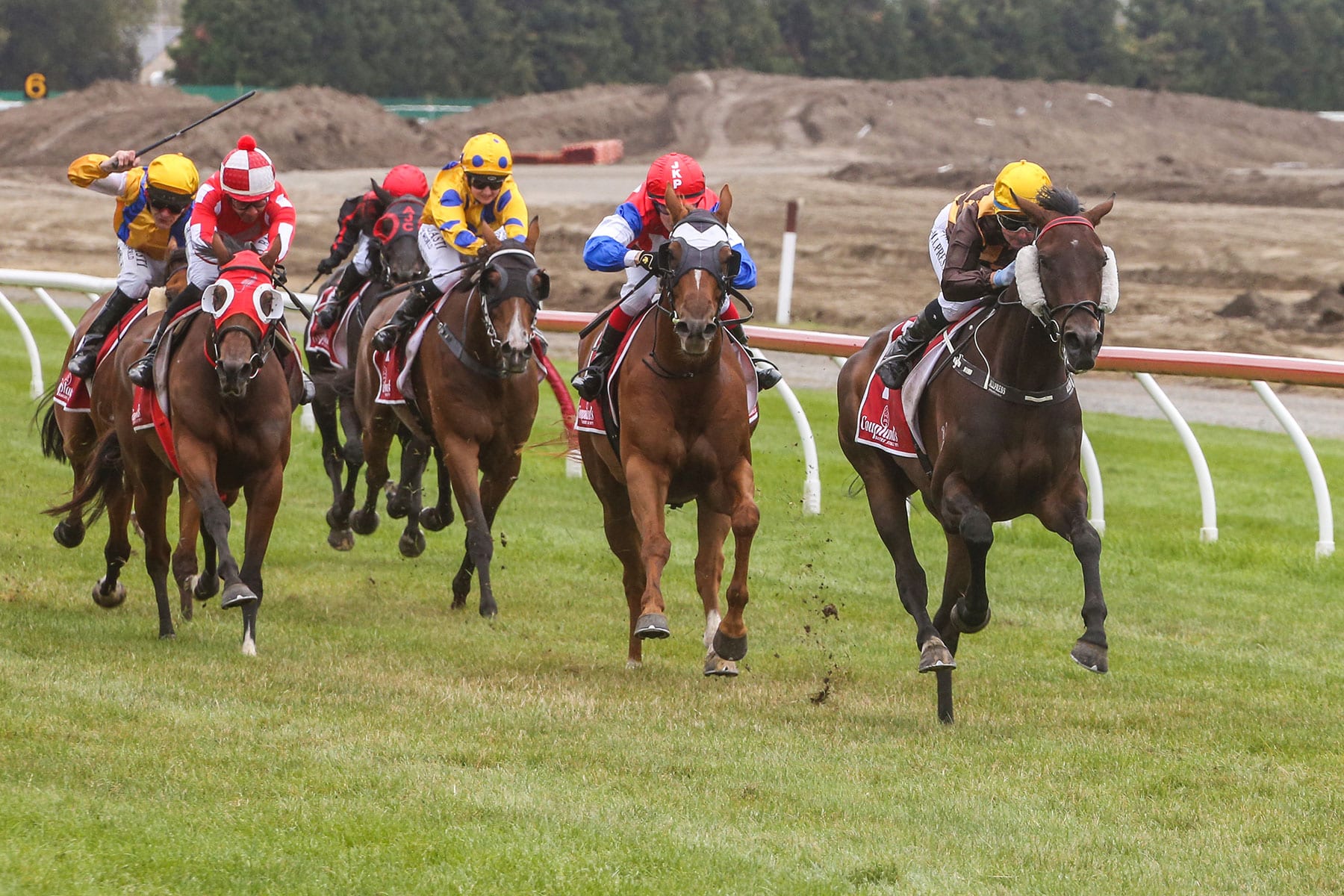 Riccarton trainer Andrew Carston is hopeful his improving three-year-old Milford Sound will be up to the task of taking on the North Island classic generation in the Group 3 Higgins Concrete Manawatu Classic (2000m) at Awapuni this weekend.

Milford Sound only has one victory to his credit, a 1600m maiden at Riccarton on March 11. But he nearly won the Listed Southland Guineas (1600m) at his previous start, only going down by a nose, and Carston has a high opinion of him.

“He didn’t really want to take the gap on the inside at Southland. Had he been a bit more race-wise he probably would have won the Southland Guineas,” Carston said.

“He’s learning all the time but the win in the maiden would have done his confidence the world of good.”

Milford Sound is the first horse Carston has trained for John and Sally Wigley of Beaufort Downs in North Canterbury, and he’s taken a bit of hard work and patience.

“He used to be pretty hard. He would bolt, and he was a little bit fractious,” Carston said.

“He’s needed to learn and mature, and he’s got better with every trial and every race.”

Carston knows what’s required to win black-type races in the North Island, having brought Miss Federer north to win the Group 3 Woburn Farm 2YO Classic (1200m) in 2019, and he’s optimistic Milford Sound is good enough to be competitive in the Manawatu Classic.

“He’s a really nice horse. He’s improved this preparation, and he should really appreciate stepping up to 2000m,” Carston said.

“We’ve always had the feeling that he would get further, and we’ve been building to this. I think he’s going to acquit himself well, and he’ll continue to improve at four – I’m quite excited about what he can do next season.”

Milford Sound won his maiden with Lisa Allpress aboard but with her unavailable for the Manawatu Classic, Carston is bringing up the gelding’s regular rider Kylie Williams for the mount.

“We tried a couple of the top, top jockeys, but when they weren’t available I discussed it with the owner and decided to stick to what we know,” Carston said.

“Kylie knows the horse and rode him well in the Southland Guineas. She ran third in the New Zealand Oaks last year and we won’t lose anything in terms of riding.”

Carston said Milford Sound arrived at Awapuni on Monday and was doing well. He said the gelding should be able to handle any easing in the ground if rain arrives as predicted.

Carston sits 12th on the trainers’ premiership for the season with 22 victories and said he was feeling positive about the immediate future.

“We’ve been consistently winning races and we’ve got some nice young horses in the stable, so I’m hoping they will come on well next season.”

Among those winners has been the three-year-old filly Gone With The Wind, who has finished third in both the Listed Dunedin Guineas (1500m) and Southland Guineas this year.

“She went super and probably could have won with a different barrier on Saturday. She came home strong and I’m looking forward to getting her up to a mile and 2000m.”