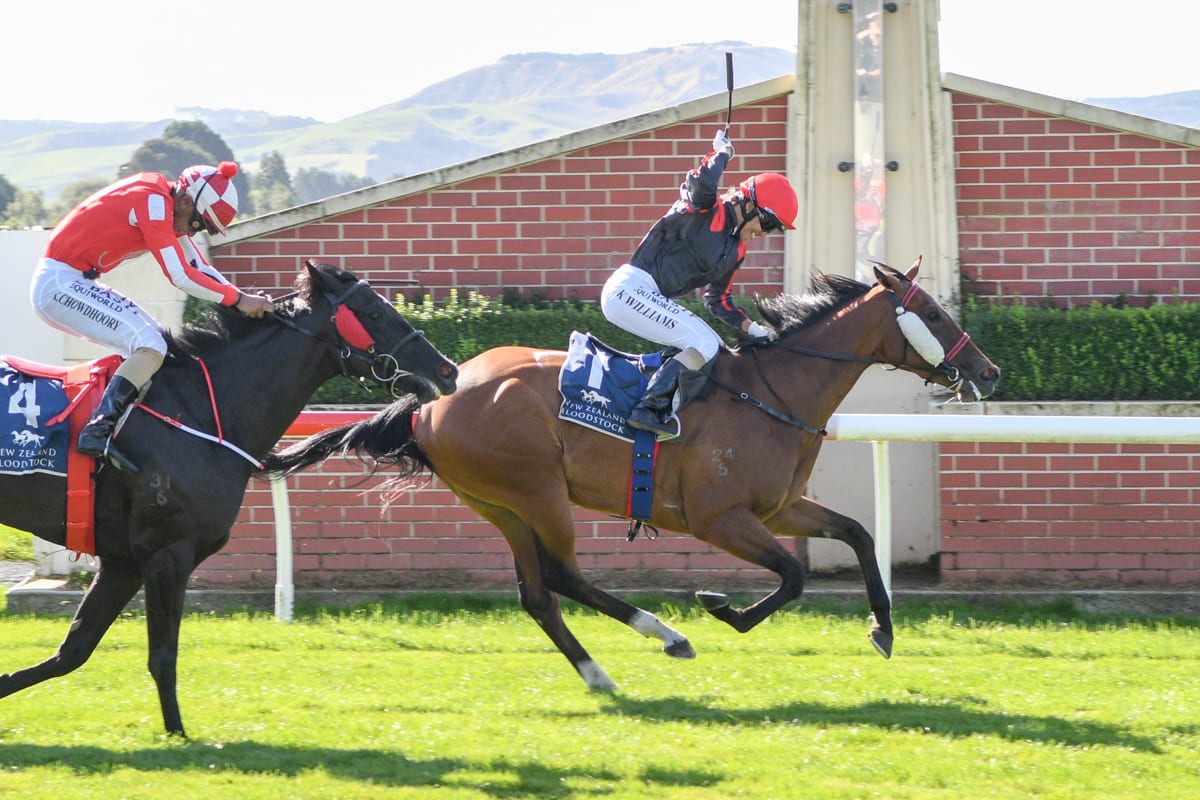 Classy three-year-old Miss Federer left no excuses for her age-group rivals when she led all the way to take out the Listed NZB Airfreight Stakes (1400m) at Wingatui on Saturday. The Andrew Carston-trained Swiss Ace filly has proven a model of consistency since stepping out as a two-year-old where she won three of her five races as a juvenile with two of those at stakes level.

The winner of the Listed Canterbury Belle Stakes (1200m) back in September, Miss Federer had been absent from the winner’s list in four subsequent starts. Those concerns were put to rest at Wingatui as she bounced quickly from an inside barrier for rider Kylie Williams and dictated the pace throughout.

It was obvious approaching the home bend she was travelling well within herself and when Williams asked her to go, she quickly established a winning break that eventually saw her head home fellow Riccarton visitor All About Magic and North Island-based filly Trifolium.

Carston was as much relieved with the victory as he was delighted after the filly overcame some difficulties she had been experiencing in the last month. “We’ve had a bit of a tough time with her of late so it is very satisfying to see her win this one,” Carston said. “They have just been niggling problems and she wasn’t breathing that well in her races. “I was asking around some other trainers and got plenty of good advice that we have managed to put into practice, so I’m delighted we could get the win.”

Carston was also pleased with the ride by Williams, who brought up her 100th winner at the venue, after not being as happy with her when the filly finished well back in the Listed Gore Guineas (1335m) last month. “I thought it was a good effort by Kylie after I was critical of the ride on her at Gore last time,” he said.

“She took that on the chin like the professional she is and came out today and produced a copybook performance. “She didn’t get a lot of pressure from the others and when she got some cheap sectionals, I knew she was going to be hard to beat. “I think that win cements her lead in the South Island Filly of the Year series. She won’t contest the last two legs but hopefully, she is too far in front for the others to catch her.”