South Island mission on the cards for impressive Awapuni winner 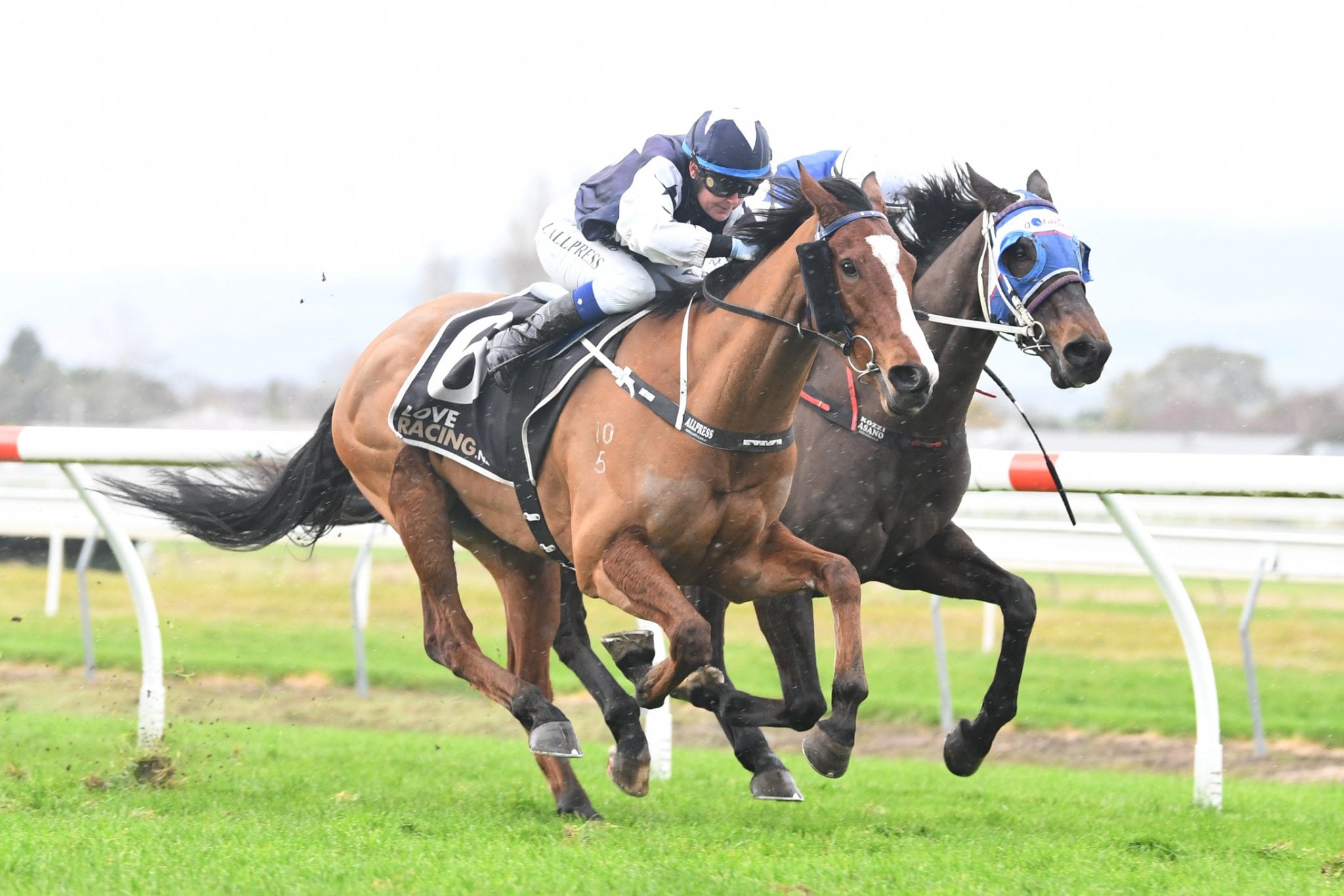 A tilt at the Group 3 Winter Cup (1400m) at Riccarton next month is the likely assignment for impressive Awapuni winner Happy Star. The Johno Benner and Hollie Wynyard-trained four-year-old made it two wins from two starts in his current campaign with a gritty performance on a testing Heavy11 surface to take out a rating 99 1400m contest on Saturday.

Successful first-up at the venue over the same distance two weeks ago, the Fabulous gelding showed his fighting qualities again as he held out a stern challenge by Rock Island Line to record his third win for Benner and Wynyard, his fifth overall from 11 starts, after doing his early racing from the stable of Peter McKenzie.

With Benner away tackling a different challenge on the rugby field it was left to Wynyard to handle their charge on the day and she was delighted to secure another victory. “He’s put together two wins in a row and is showing he has a bit of class on these wet tracks,” she said. “He is definitely getting there maturity wise now. “We got him towards the end of his prep last season and as it was heading into summer he went out for a spell. “He’s a lot more physical horse this time around so we’re hoping he will be able to put his hand up for bigger challenges.”

Wynyard believes that maturity will stand the horse in good stead as they look towards tackling the Winter Cup at Riccarton on August 15. “We’re hoping he can put his hand up for a race like the Winter Cup and be very competitive,” she said. “Whether we give him another run over a mile up here will be something we need to look at but the immediate plan is to target the Winter Cup with him.

“For the future we don’t think he is a good track horse but on better ground he should get a good 2000m. He will just need that extra distance when the tracks start to improve. “The plan was to ride him outside the leader today as there didn’t seem to be a lot of speed in the race but he switched off really well behind them when he couldn’t get the position so that is going to be an asset when he does start to rise up in distance.”